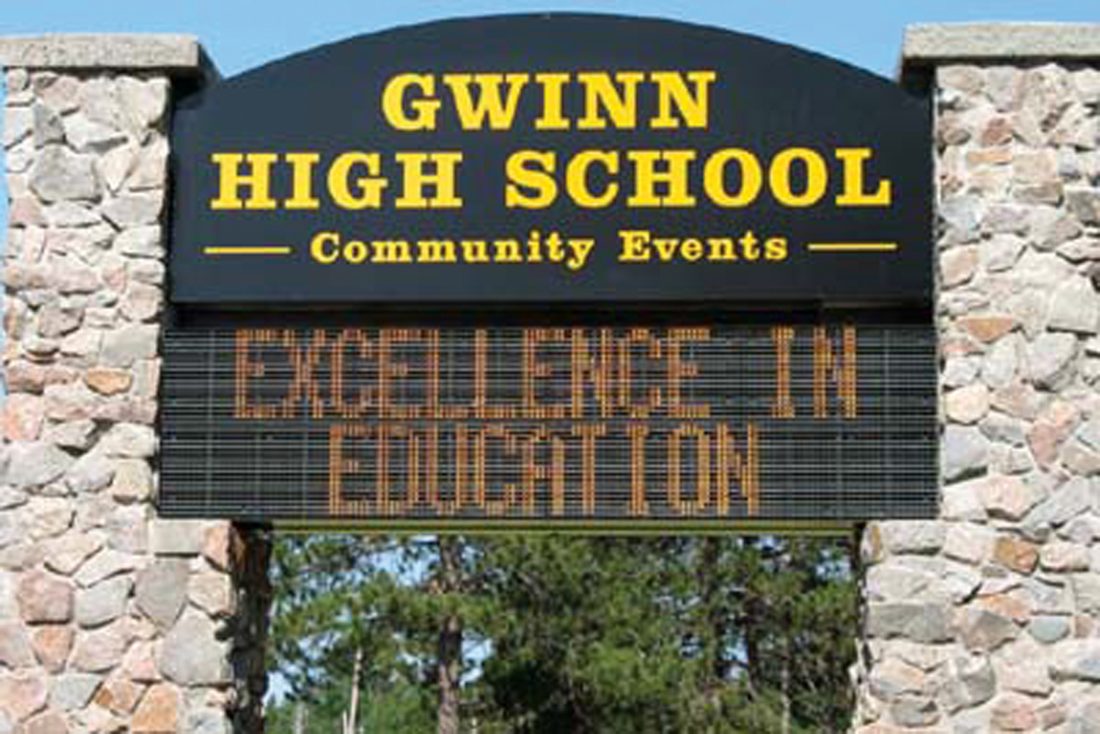 Signage for the Gwinn High School is pictured. Gwinn Area Community Schools voters Tuesday, for the second time, turned down a request for millage for a district sinking fund. (Journal file photo)

“We are very disappointed once again in the voter turnout,” GACS Superintendent Sandy Petrovich said.

She thanked the people who voted in favor of the millage, but had a suggestion for those who didn’t.

“I encourage you to step into your school building and see the many needs represented by the request for a sinking fund,” she said.

The school district sought a levy not to exceed 1.75 mills, which is $1.75 on each $1,000 of taxable property value, for 10 years — 2019 to 2028, inclusive — to create a sinking fund for items such as the construction or repair of school buildings, school security improvements and the acquisition or upgrades of technology.

The board will meet at 6 p.m. Thursday at Gwinn High School to discuss the results and how to proceed.

The school district has been climbing out of a $406,000 deficit since June 2017 but has been cautious with its spending since. Once out of deficit, it must restore its fund balance to at least 5% of its annual operating budget, which is about $550,000.

A sinking fund would have provided yearly funding for repairs, upgrades and replacements. Without it, the general fund will have to support these costs, making it harder to support items like personnel and programs.

Election results are unofficial until the Marquette County Board of Canvassers certifies them at a 1 p.m. meeting today.