MARQUETTE — Father Marquette Park, Petunia Pandemonium and other flower-rich spots in the city of Marquette have not gone unnoticed by industry professionals.

The Michigan Nursery and Landscape Association, based in the Lansing area, on Monday at the Hampton Inn presented the awards to the Marquette Beautification & Restoration Committee Inc., as well as Barbara Kelly, owner and garden designer of Flourishes LLC, with three of the 14 awards it has bestowed throughout the state of Michigan for their beautification efforts.

“Our Plant Michigan Green initiative was started many years ago to raise awareness of the positive economic and environmental impacts that landscaping brings to Michigan,” said Upton, noting that it was decided in 2018 to recognize outstanding communities in this arena.

“They had to excel in the areas of craftsmanship, proper horticultural practices and relative contribution to the quality of the environment,” Upton said. “The judges were tough.”

MBRC President Jill LaMere received the award on behalf of the committee’s efforts on those projects.

“It is just my honor to accept all of these awards of the members of the beautification and restoration committee who basically are the backbone of all the work that we do,” LaMere said.

Kelly was recognized for her Flourishes work, but also is vice president of the MBRC and chairwoman of Petunia Pandemonium, and sits on the Father Marquette Park Committee.

She acknowledged that at one point in the project, the petunias were not doing well. She finally figured out a virus in the soil was affecting only the petunias.

“So, now we have like 23 different kinds of flowers growing in there,” Kelly said. “And the petunias — they said you couldn’t grow petunias for three or four years in that soil. Now you can, and now all these other plants grow like crazy, and you see what happened. I was like a farmer, I guess. I did a crop rotation, and it worked.”

“I’m continually impressed with all the work they do,” Marquette Mayor Pro Tem Sarah Reynolds said. “It’s day in and day out you get to see these projects all around the city popping up.”

State Rep. Sara Cambensy and a former Marquette Area Public Schools employee, credited the MBRC with providing assistance in what she said was one of the most monumental things she’s ever completed in her life: having the entire courtyard at Graveraet Elementary School redone.

“I could not have done that without this group,” Cambensy said. “Your legacy lives on with Petunia Pandemonium. Certainly when people come to visit, they always say, ‘Your city is so welcoming.'”

Also on hand was Jake Putala, representative for state Sen. Ed McBroom, who was unable to attend the ceremony.

“He did want to pass on his congratulations and his thanks for Marquette for being a leader in the Upper Peninsula in making our communities even more beautiful and even better for visitors and residents alike,” Putala said. 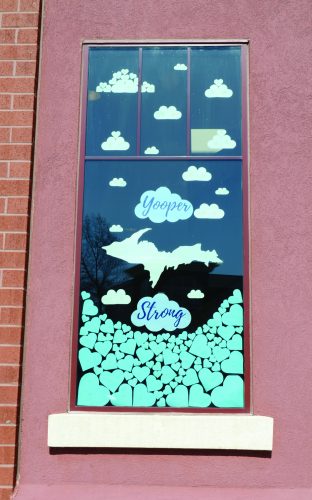 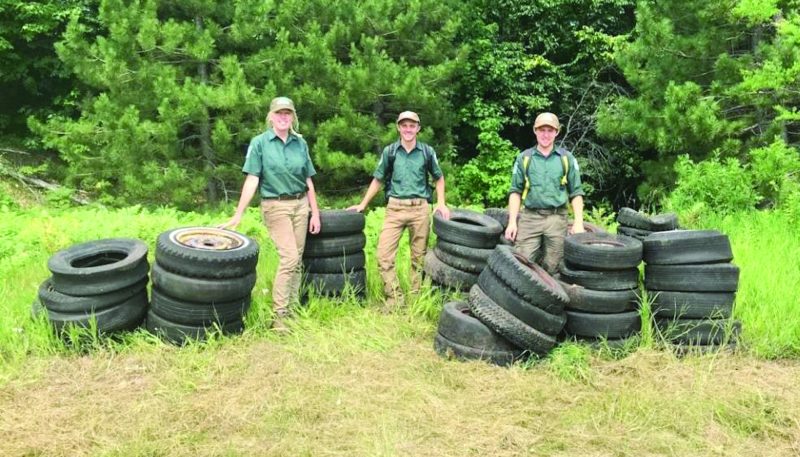