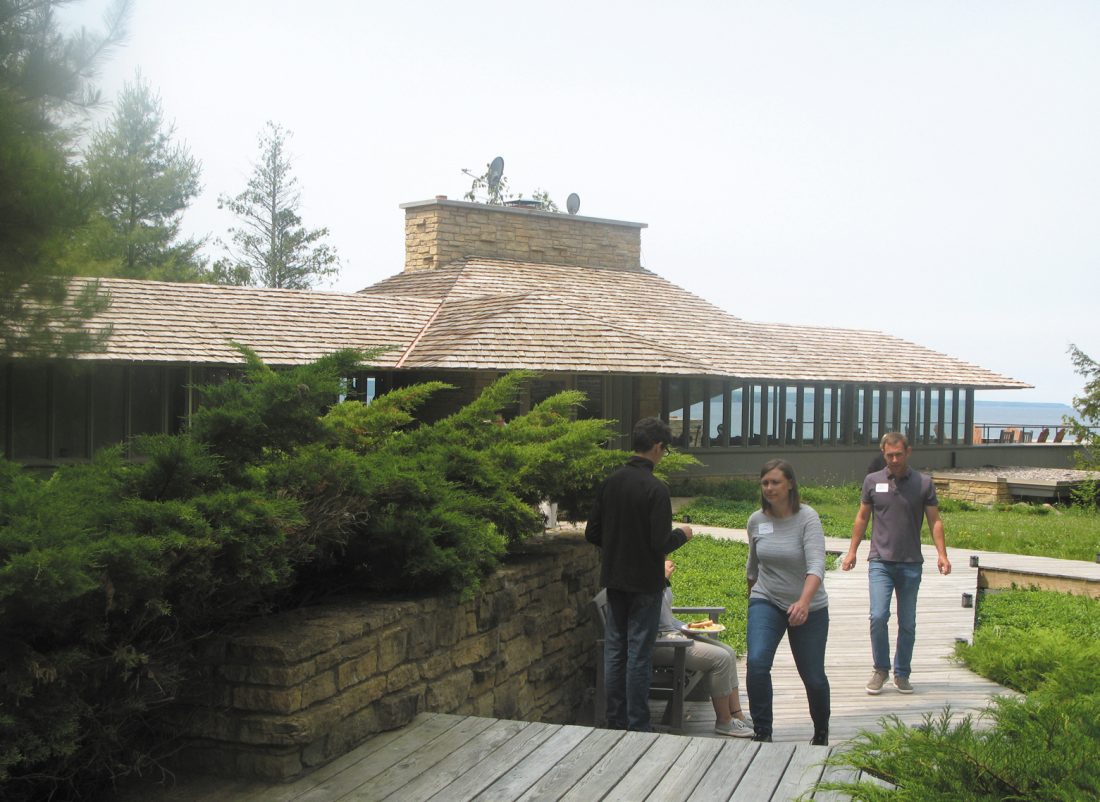 The True North Treks Foglia Foundation WALDEN Institute was the site of a Sunday open house when visitors could tour the grounds and buildings. The facility for cancer survivors to connect with nature is located along Lake Superior in AuTrain. (Journal photo by Christie Bleck)

The True North Treks Foglia Foundation WALDEN Institute was the site of a Sunday open house when visitors could tour the grounds and buildings. The facility for cancer survivors to connect with nature is located along Lake Superior in AuTrain. (Journal photo by Christie Bleck)

However, how many people, cancer survivors or not, don’t have access to this kind of setting.

Fortunately, the True North Treks Foglia Foundation WALDEN Institute is giving survivors a way to connect with nature in an architectural marvel situated on Lake Superior.

An open house was held Sunday at the institute, which has a Koski Road address but is situated far back in the woods.

That’s how it should be. 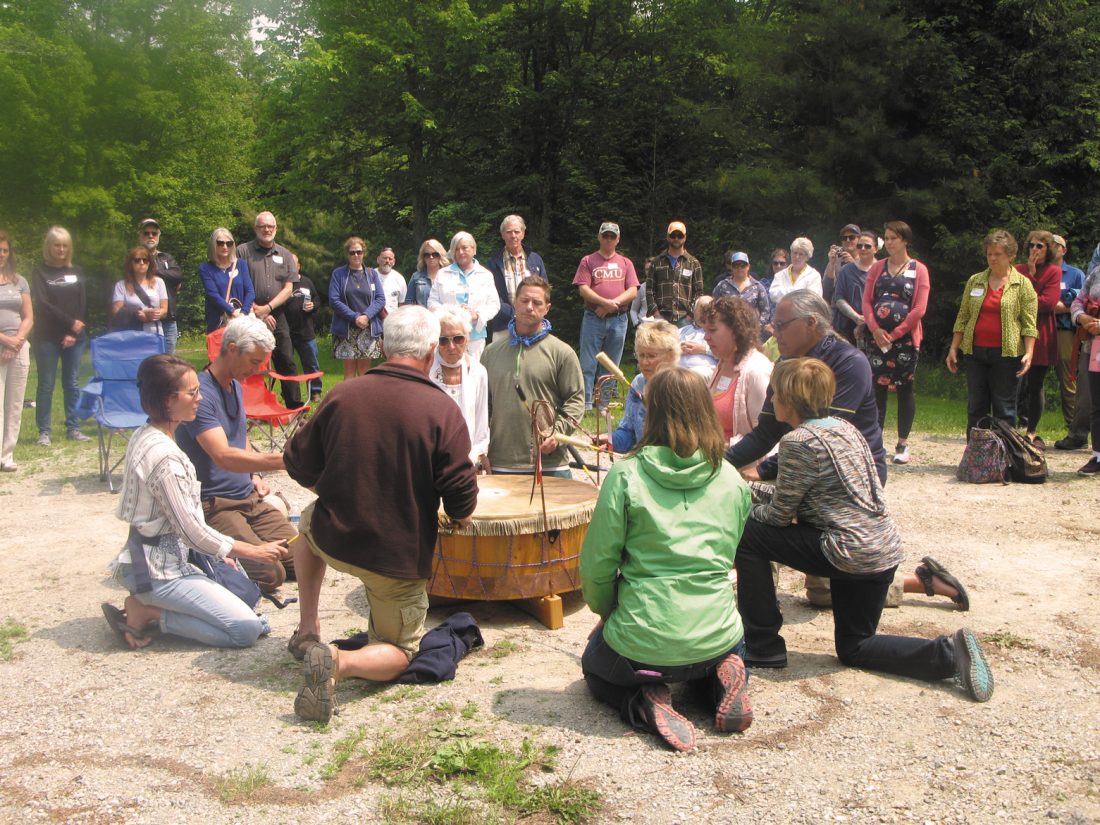 David Victorson, associate professor, Department of Medical Social Sciences at the Feinberg School of Medicine at Northwestern University, is founder and director of True North Treks, based in Evanston, Illinois. TNT is a national nonprofit that helps young adults with cancer become connected after being disconnected from the world in a way only cancer can bring.

Victorson began the program by reciting a poem, “Forest Cathedral,” that ties in with the WALDEN Institute’s mission.

“This place to us is a forest cathedral where we hope to be able to bring some of that same feeling of power of nature, of connection and of contemplation to the people who really need that kind of support,” Victorson said.

One of the primary ways that TNT’s mission is fulfilled is by taking groups of young adults in their 20s and 30s and caregivers from across the United States on free backpacking and canoeing treks in beautiful backcountry wilderness destinations where they can connect with nature and peers who have gone through similar experiences. They also can connect to themselves through training and practice in mindfulness meditation and yoga.

“When cancer strikes a person at that age, it can leave that person and their surrounding community in the dark, and trying to get back on track can be a really difficult thing — for those that are lucky enough to get back on track and not die or be significantly disabled or have serious life implications,” Victorson said.

Since 2010, TNT has been taking groups to places such as Wyoming, Montana, Utah and Minnesota, he said.

However, not everyone can take a lengthy trip.

TNT began to look for a place where participants could explore nature but not have to go as far away as Montana, he said.

The support of Foglia Family Foundation of Barrington, Illinois, allowed for the institute, which is nestled into cliffs along 123 acres of northern hardwood forest, to become a reality.

The WALDEN Institute will serve as a home base for TNT and connect with the spirit of Henry David Thoreau, author of “Walden,” with the facility’s name being an acronym for “Wakeful Awareness in Life, Discovery and Encounters in Nature.”

Victorson gave credit to family members and others for helping with the mission, and asked who he called the “angel donor,” Vince Foglia, to speak to the crowd.

“We’re very proud, very proud to support this operation,” Foglia said. “It is a one-of-a-kind place.”

The WALDEN Institute grounds, of course, are spectacular. A woodland trail lined with solar lights embedded into the ground leads hikers along the beach and a rustic campfire site with log seats.

The large home, whose grandeur is perhaps best seen from the lake, was designed by Frank Lloyd Wright’s last apprentice, Herbert Fritz Jr., and has many traditional Wright features.

The interior is decorated with original artwork and has modern amenities, but the spacious windows are some of the most striking features. Beds are situated in rooms with wide-open views of the lake and surrounded by conifers.

Not a bad way to go to sleep at night or wake up in the morning.

Other buildings include a caretaker’s building as well as an art studio that, it is hoped, will be converted into the Northern Lights Lakeside Lodge to double the sleeping space.

The land, of course, plays a big part in the WALDEN experience, and Victorson said American Indian tribes used to occupy the land on which the institute is located.

To honor and acknowledge that relationship, several tribal members led an “awakening” drum ceremony along with visitors who wanted to share the activity.

That awakening ceremony tied in to what Victorson said will be the main focus at the institute: helping people “try to wake up, to themselves, to the space around them and to other people.”