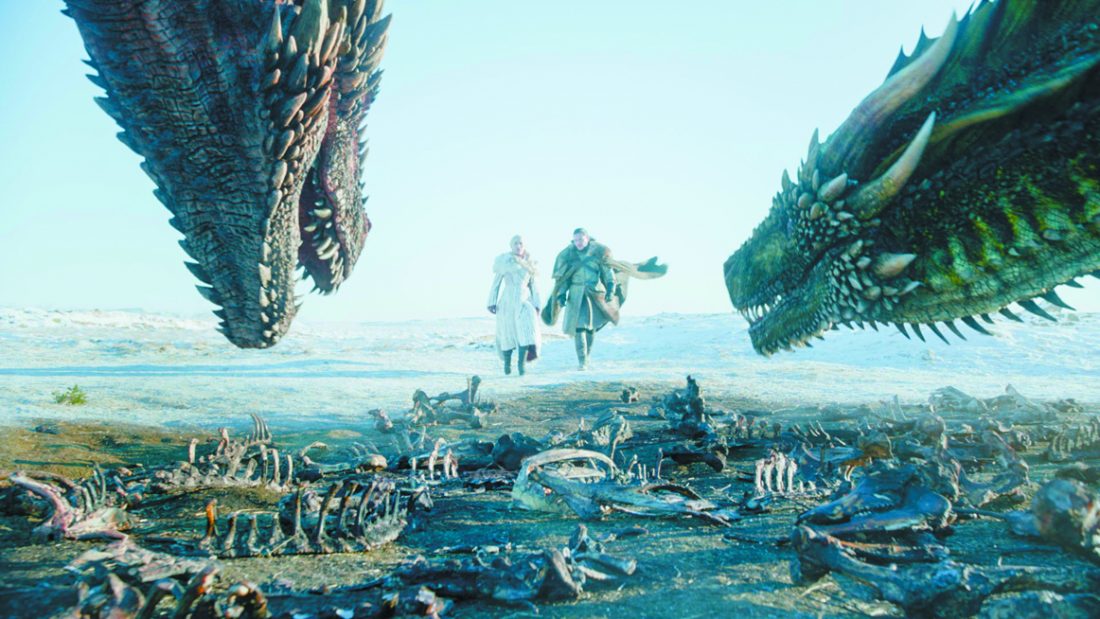 This image released by HBO shows Emilia Clarke, left, and Kit Harington in a scene from the final episode of “Game of Thrones.” On Tuesday, the program was nominated for an Emmy Award for outstanding drama series. (AP photo)

LOS ANGELES — HBO’s “Game of Thrones” slashed its way to a record-setting 32 Emmy nominations Tuesday for its eighth and final season, leading HBO back to dominance over Netflix, the streaming service that bumped it last year from atop the increasingly crowded television heap.

The bloodthirsty saga’s total eclipsed the all-time series record of 27 nods earned by “NYPD Blue” in 1994.

If “Game of Thrones” successfully defends it best drama series title and claims a fourth trophy, it will join the quartet of most-honored dramas that includes “Hill Street Blues,” ”L.A. Law,” ”The West Wing” and “Mad Men.”

The Emmy voters’ acclaim stands in sharp contrast to fan reaction to the show’s last hurrah, which included howls of laughter for a to-go coffee cup inadvertently included in one scene and a finale that detractors called unsatisfying. But the show’s ratings never faltered for the series based on George R.R. Martin’s novels, setting new highs for HBO.