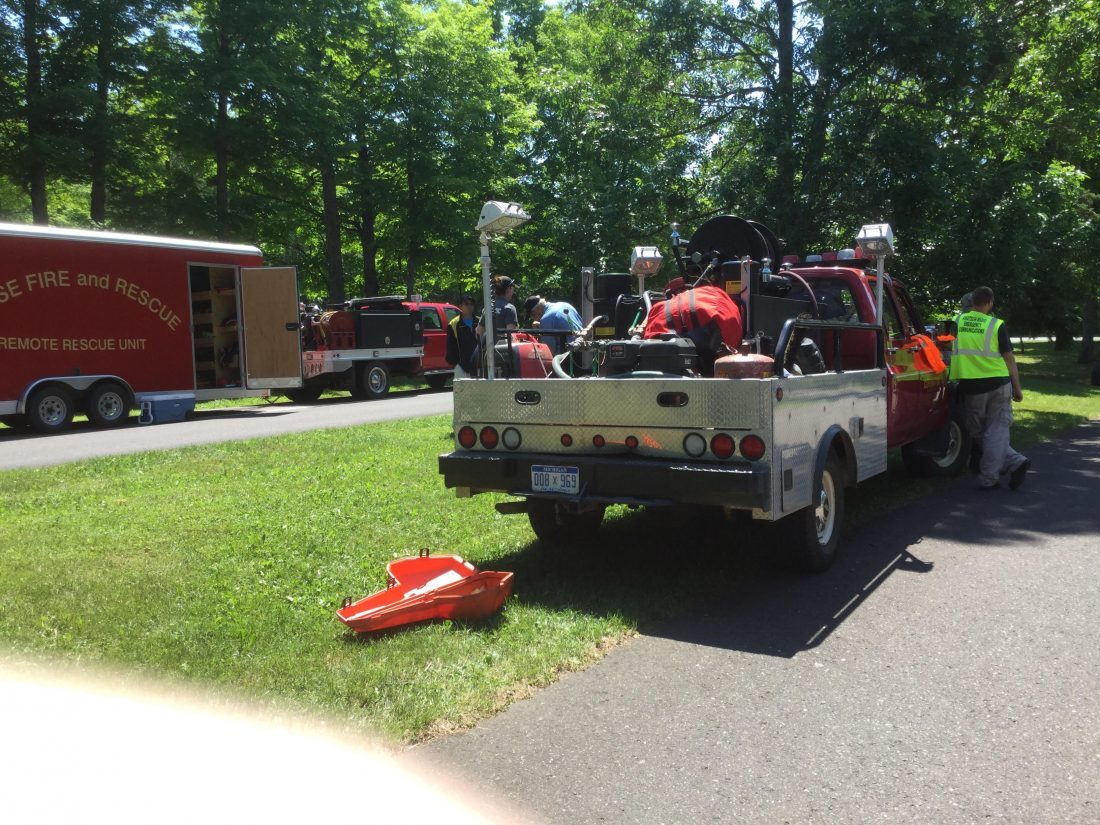 Search and rescue units are pictured at Canyon Falls after the body of a Michigan Technological University student was reported missing following a swimming accident. The body was recovered from the Sturgeon River at Canyon Falls Saturday afternoon. (Photo courtesy of Garrett Neese, Houghton Daily Mining Gazette)

CANYON FALLS — The body of a Michigan Technological University student reported missing after a Friday swimming accident was recovered from the Sturgeon River at Canyon Falls Saturday afternoon.

The 24-year-old man was swimming with a group of friends Friday night when he became exhausted in the strong currents, said Trooper Matt Djerf of the Michigan State Police. The water was also unusually high, Djerf said.

His friends attempted to help him, but lost sight of him. They notified law enforcement about 8 p.m. Friday, Djerf said.

“We worked until dark last night,” Djerf said. “The terrain was pretty treacherous, so it was getting unsafe for us.”

Law enforcement reconvened around 8 a.m. Saturday. The man’s body was spotted from the air about 2:45 p.m., Djerf said. He was found about 300 yards from the primary swimming hole, Djerf said.

Due to the difficult landscape, he was not recovered until 4:30 p.m.

In addition to its aerial unit from Lansing, the MSP dispatched its dive unit and K-9 Unit. Numerous other units responded, including Baraga County, Covington, L’Anse, Bay EMS and the Keweenaw Bay Indian Community.

The man’s name is being withheld pending notification of family.