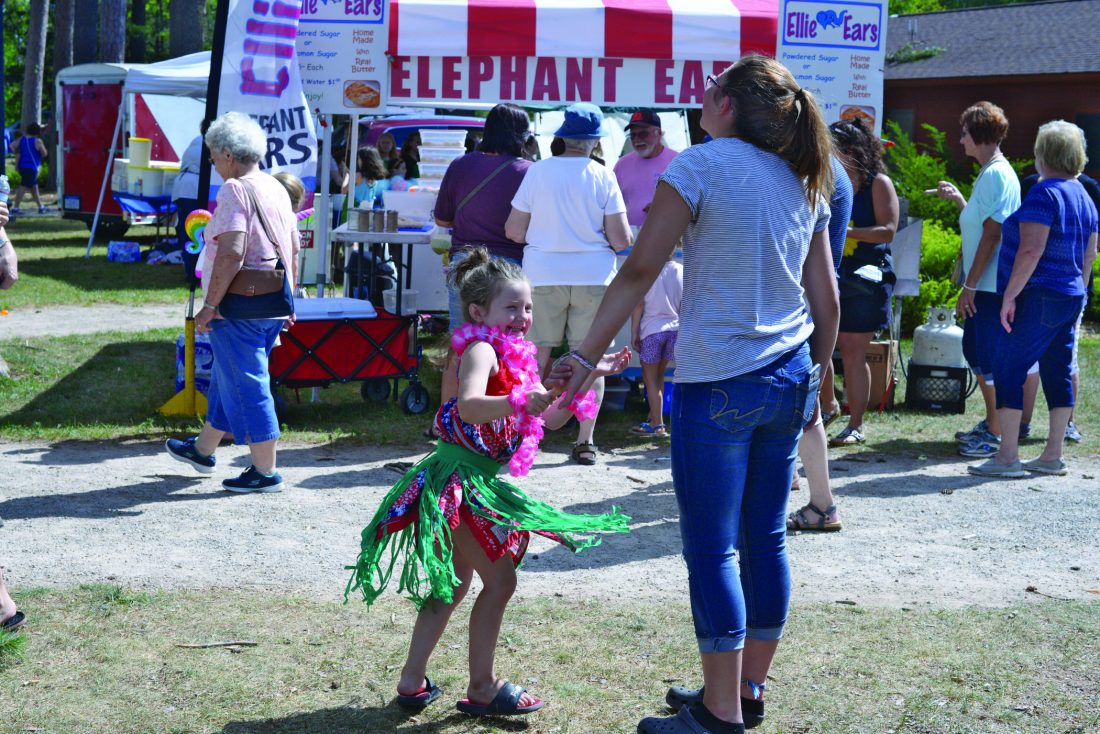 “We have games for the kids, vendors selling things, we have food for sale,” said Peggy Lindeman, Gwinn Lions Club member. “It’s just a great day for fun and families to come and enjoy the park that we have that is beautiful in our community,”

The Gwinn Lions Club hosted the event with a variety of activities for all ages. Proceeds from Fun Daze go back into supporting the community.

“The fundraising going on today goes to the Gwinn Lions Club, and a lot of that goes back into the community,” Lindeman said.

“We support all kinds of community events and want to be there for people if something else comes up,” Lindeman said.

The day began with the Walk, Run, Roar, 5K race event. Racers started from Gilbert Elementary School and led the “Christmas in July” themed parade down Pine Street. The race route continued past Gwinn High School– where an antique car, truck, tractor, snowmobile and chainsaw show was held on the school’s front lawn– and looped back to Gilbert Elementary School.

The antique car show included automobiles and machines from 1993 and older.

Attendees had the opportunity to vote for their favorite entries.

The parade concluded near Nordeen Park where live music, arts and crafts, food vendors, games and a bouncy house were featured for the rest of the afternoon.

Harper dressed festively in a hula skirt to ride on the Rodney’s Pizzeria float in the parade. Benz said she had a good time and enjoyed passing out candy.

Fun Daze typically ends around 4 or 5 o’clock when the “crowd dwindles” Lindeman said.

“We try to stay out here as long as we can,” she said.