Anatomy of an exhibit

60th anniversary of ‘Anatomy of a Murder’ focus of Beaumier display 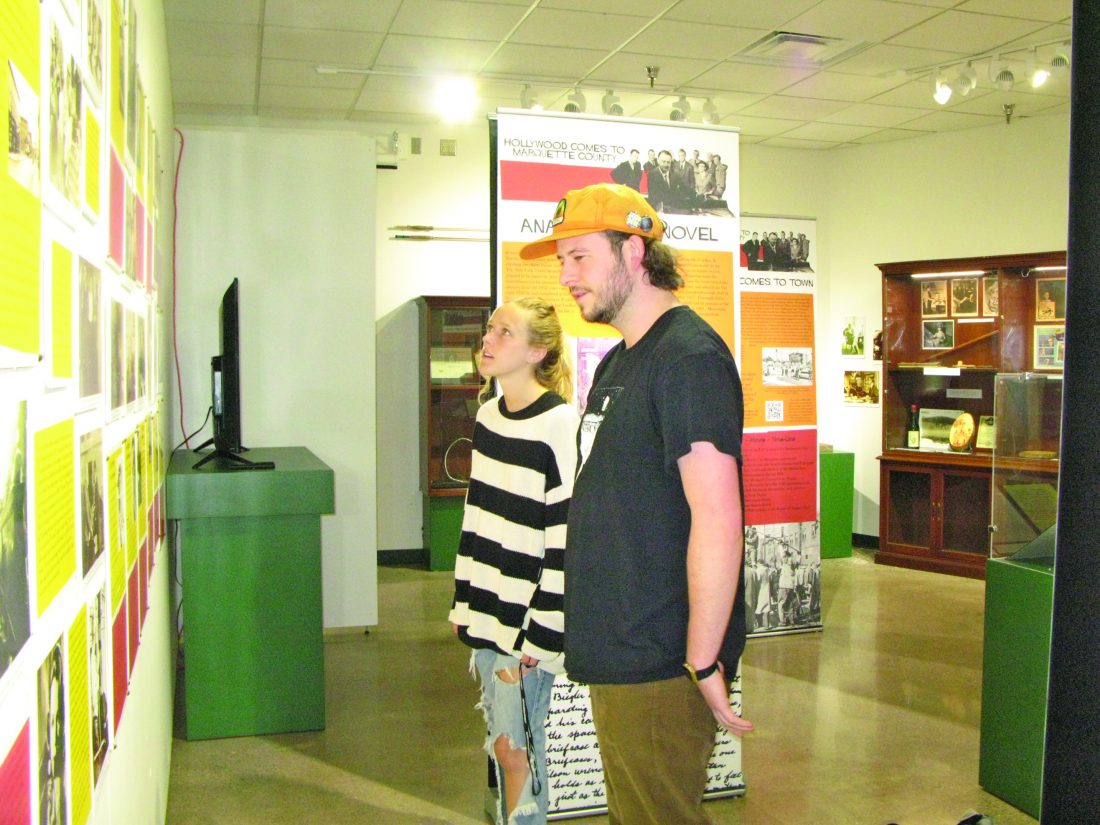 MARQUETTE — The images probably aren’t familiar to most people, even those who have seen multiple showings of one of the most riveting dramas ever depicted on a movie screen.

The light level is checked on the face of Lee Remick.

We’re talking about the classic 1959 film “Anatomy of a Murder,” of course, which was filmed in Marquette County. Its accolades include garnering an Academy Award nomination for Best Picture. 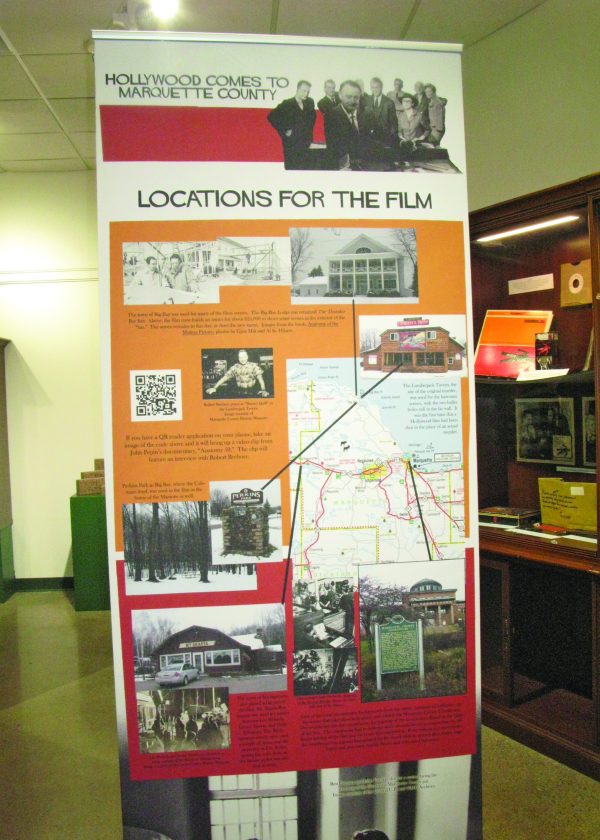 A part of the exhibit is seen. (Journal photo by Christie Bleck)

An exhibit of the 60th anniversary of the making of the film is on display at the Beaumier U.P. Heritage Center in Gries Hall at Northern Michigan University.

“Hollywood Comes to Marquette County: the making of Anatomy of a Murder” features rare images from the movie’s production; a timeline for the book, movie and life of author and Michigan Supreme Court justice and Ishpeming native John Voelker, who also served as Marquette County prosecuting attorney; and links to oral history interviews with participants in the real-life murder case that took place in Big Bay in 1952.

Coleman A. Peterson, a lieutenant in the Army, had been charged with murdering Maurice Chenoweth. The supposed motive was revenge for the alleged rape of Peterson’s wife Charlotte by Chenoweth. Voelker defended Peterson, who a jury found not guilty after hearing of a legal precedent suggesting he acted under an “irresistible impulse.”

“It’s super interesting to see the stuff in real life because the movie’s so popular,” said NMU student Cassidy Baarman.

Hunter Laing, a gallery assistant at Beaumier, helped set up the exhibit.

“It was really cool because parts of the exhibit from the movie are on loan from people in town,” Laing said, “so I’d never seen it in our storage prior to it being set up besides a couple bits here and there.”

He also hadn’t been aware the movie was shot in the area.

Others, though, have knowledge of the film, even through a relative.

A part of the exhibit is seen. (Journal photo by Christie Bleck)

ally deep in Marquette, and it’s kind of funny,” Laing said. “When you bring up this movie to Marquette locals, most kids my age will say, ‘My grandpa was in that movie. He was an extra on the street, or in the courtroom.'”

And he doesn’t believe people need to have seen “Anatomy of a Murder” to appreciate the display.

“If you’ve never seen the movie, the exhibit’s actually a great way to start because it gives you the whole story behind how and why it was made and what it’s based on,” Truckey said, “and if you’ve seen the movie and want to know the bigger story, it’s all here.

Various “Anatomy” artifacts are on display, such as four handwritten pages by Voelker as he started writing “The Trial” on Sept. 11, 1953, which later evolved into “Anatomy of a Murder,” a book published in 1958.

Bullets from the original crime also are in one section of the exhibit.

Truckey is impressed with how Marquette County has embraced “Anatomy of a Murder” over the years.

“Lots of communities have had movies made in them, but I’ve never seen a community that has a stronger connection to a film being made in that community than this,” Truckey said, “and I think it’s because it was entirely shot here, and so, so many people in the community were involved in the making of the film.”

It helped that the stars were approachable.

Anecdotes of this approachability are documented in the exhibit.

For example, a local resident related the story of seeing Kathryn Grant washing clothes in a sink at the Mather Inn, with Grant then extending an invitation to visit her in California if the opportunity arose.

“They were everywhere in the community,” Truckey said. “They hung out in local establishments, local hotels. They were some of the biggest stars of the time.

“It was truly a special thing for the community, and they’ve really felt an ownership of (the) film. It wasn’t just, people came in, rented out some facilities and made a film.”

The Beaumier Center exhibit on the movie originally was created to commemorate its 50th anniversary.

The exhibit, as well as “Wooden Boats Afloat,” which features the role of wooden boats in the Upper Peninsula, will be open to the public through Sept. 28. Admission is free.