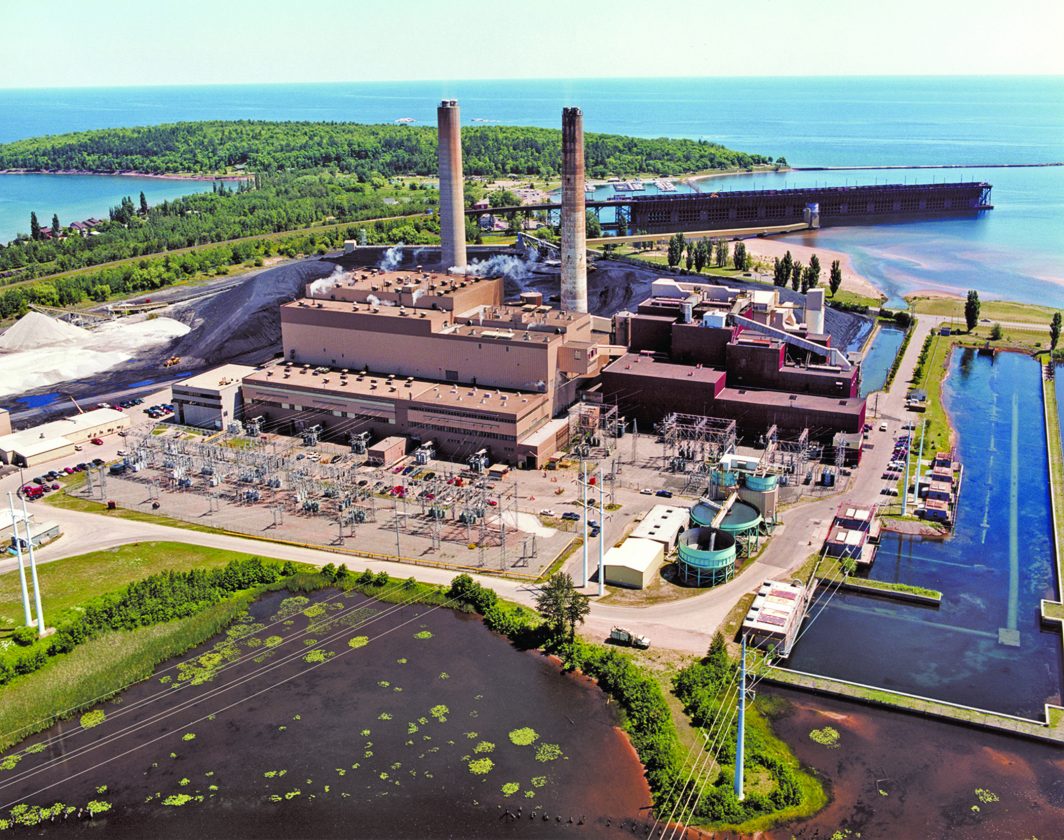 The Presque Isle Power Plant in Marquette is shown. (Photo courtesy of We Energies)

MARQUETTE — The Presque Isle Power Plant, which has been a prominent landmark of Marquette’s skyline and shoreline since opening in 1955, was retired on March 31 by We Energies, a WEC Energy Group subsidiary. But what’s going to happen to the property now?

The two new stations, which have a combined generating capacity of 183 megawatts, replaced a portion of the energy produced by the 350-megawatt, coal-fueled PIPP. The company invested $275 million into the project, and the move to the natural gas-powered generating stations is part of a larger plan by WEC Energy Group to move from coal to natural gas, wind and solar energy sources, officials said.

“This is all part of a strategy that our company has on reshaping our generation,” Rayborn said. “So we’re trying to retire older fossil fuel plants that we have. We’re trying to build state-of-the-art generation and this RICE (reciprocating internal combustion engine) technology that we’re using is certainly a part of that strategy with state-of-the-art investment. And we’re also trying to achieve zero carbon emissions, which, for that piece of our generation reshaping, we’re really looking toward solar energy.”

In the weeks since PIPP’s closure, the company has begun the long and complex process of decommissioning the power plant, which stands 13 stories tall and resides on 65 acres near the Lake Superior shoreline and Marquette’s Presque Isle Park.

Equipment and tools have been sold and removed from the site via an online auction, while office furniture and supplies have been donated to local schools and Habitat for Humanity, Rayborn told commissioners.

“We’ve also removed oils and chemicals and we continue to remove some ash material from the site,” he said, adding that it is also able to sell ash at the site and will “continue to do that through the end of the summer.”

The company will be capping the third of the three landfills at the power plant over the summer after it finishes disposing of ash into that landfill, Rayborn said, adding “once that’s capped, we’ll continue to monitor it from an environmental standpoint.”

Around 58,000 tons of coal remains at the site currently, he said, which will all be sold to Cleveland-Cliffs Inc., with one-third of the supply to be removed from the site by the end of this year and the remainder by the end of 2020.

In the coming months, the company will conduct a hazardous materials assessment at the site in preparation for abatement activities.

“We’re about to begin a hazardous materials assessment. That will take some time to go on. We’re trying to define the scope of that and the cost of that,” he said. “And that will include some asbestos removal. We should know more about that study by the end of the year. And we’ll begin doing abatement activities in 2020.”

Once the abatement study and hazardous waste removal has been completed, the company is planning “tentatively to schedule demolition to start in 2021,” Rayborn said.

However, long-term plans include leaving some systems in place, such as an American Transmission Co. substation and the ship unloading facility, he said.

“The big question on everybody’s minds in Marquette and the surrounding area is what’s going to happen to Presque Isle Power Plant once it’s shut down,” Commissioner Dave Campana told Rayborn. “Now it is shut down. We assume it’s going to come down. Nobody wants to see it sitting there empty and idle. My question to you is, do you have other coal plants in other communities that you have idled, shut down?”

Rayborn responded that the company closed down a facility in southeast Wisconsin in the past year, which is “not too far ahead of this one … We’re not far enough along with that project either for us to really know what’s going to happen with that property.”

Rayborn said to actually tear down the plant will be a multi-year project that is likely to take more than one year, but less than five years.

“We realize how important the relationship is between that facility here and the city and how long it’s been around,” Rayborn said. “The property is prime property. We don’t plan to abandon it and have blight or anything like that for people to drop by and see. So we will work very closely with economic development agencies, with the city, and we’ll keep you informed on our progress.”

The company does not currently have plans for the future of the site after demolition, Rayborn said, noting “that we are not in the land development business, which means that our option would be to probably sell it.”

Another major concern about the power plant’s closure is its implications for taxing entities, as the facility was the city’s top taxpayer at one time, contributing 25% of city taxes, officials said previously.

Last year, the taxable value of PIPP was assessed at $65 million, but was lowered to just over $31 million after an appeal to the Michigan Tax Tribunal, according to a previous Journal article.

For the most recent tax year, $3.4 million was paid in taxes, with just over $1 million going to the city, Marquette CFO Gary Simpson told the Journal previously.

Next year, We Energies will pay around $1 million, with the city receiving about $309,000, Simpson said.

With tax implications being “considerable for the city,” Marquette City Commissioner Jenn Hill asked Rayborn: “Do you know if your company will continue to pay taxes on the building while it is standing, and then what happens when it comes down?”

Rayborn said the amount of property taxes paid is based on the value of the property.

“And certainly, as decommissioning happens, the value of that property would decrease,” he said, adding that the company has been “working very closely for four years now to make sure that there’s some kind of declining over time on how much tax we pay, based on the value of the property.”

Hill also asked about the concerns brought forward by the International Brotherhood of Electrical Workers Local 510 regarding PIPP workers not receiving “the same deal and package with the closure of the plant that some of their Wisconsin colleagues had.”

While Rayborn declined to comment on the specific concerns outlined by the IBEW, he said: “We worked very closely with the 100-plus employees that were there. I know that upwards of 20 employees took jobs elsewhere in the company. Once we made progress on our new generation, I do know that six employees that were former employees of PIPP are now employees of the operation contractor that we have for the two new facilities. So we worked very closely with Michigan Works!, I believe, to help with job placement. And we held a job fair at a local hotel, which employees were welcome to come to apply for jobs there.”

At the close of the presentation, commissioners asked Rayborn to continue providing regular updates on the status of the plant and the plans as the process moves forward.

“This is a critical issue for Marquette. The tax issue is one (that) we know where that’s going,” Mayor Fred Stonehouse said. “But from a citizen perspective, everybody is interested in knowing how soon can that plant go away so we can see productive use of the area.”