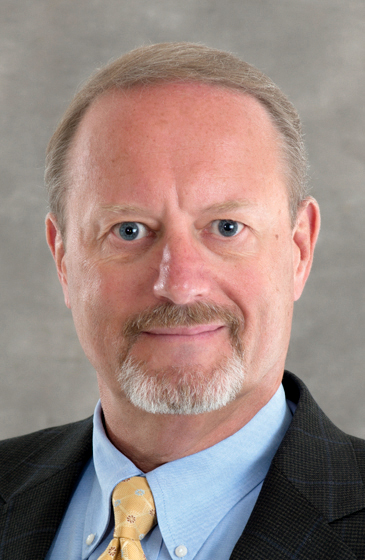 EDITOR’S NOTE: This is the third story in a four-part series that focuses on topics discussed during the U.P. Energy Summit held June 14 in Marquette.

MARQUETTE — Electric rates, reliability and clean, renewable energy were all part of the discussion during an Upper Peninsula Power Co. update at the U.P. Energy Summit at Northern Michigan University on Friday.

“We oftentimes get the question: ‘Why are UPPCO rates so high?’ We want to continue to talk about the delivery of energy on a rate basis — cents per kilowatt-hour — and less on the topic of, well, how big of a check you are having to write on a monthly basis,” said UPPCO Vice President of Business Development and Communications Brett French.

As of June 1, according to a Michigan Public Service Commission residential rate comparison of the eight MPSC-regulated electric utilities, an UPPCO bill for 500 kilowatt-hours is $115.22, more than $25 above the state average of $78.08.

Citing a U.S. Energy Information Administration report from 2017, French said UPPCO customers, on average, use about 365 kwh per month, versus a state average of about 633 kwh and 856 kwh nationally.

UPPCO customers use less electricity for a variety of reasons.

Other factors, he said, include the fact that U.P. homes tend to be smaller on average than their downstate counterparts, as well as a number of recreational properties that are used only a couple months of the year within the UPPCO service area.

Again citing the EIA’s 2017 report, French said an average monthly bill for an UPPCO customer was $78, compared to $98 for the average electric consumer in Michigan and $109 nationally.

“I think we need to keep in mind what this data is reflecting because this is really the true story, if you will, as far as the amount of money being spent on a monthly basis, as far as an average residential customer as compared to the state and national average,” French said.

Despite the fact that UPPCO residential customers may be using less energy than state or national averages, French said it is important to keep in mind that the company’s service area — which includes 4,469 miles of electrical line and 58 substations — requires the same infrastructure to deliver that electricity as do higher-use customers.

“Those customers oftentimes require as many poles and miles of wire and electrical devices to serve, if not more, than someone who might live in the city of Marquette or one of the more populated areas, and there truly is a cost to that,” French said.

He pointed out that the company has lowered customers’ energy costs by about $11 million since its last general rate case decided by the MPSC. The body ruled on the company’s 2019 rate case in May.

“Certainly it (the cost reduction) was the result of a lot of hard work by the folks on our team at UPPCO and we are very happy to have been able to produce that kind of result for our customers,” French said.

Another positive outcome has been the company’s revenue requirement, or the amount of money required to run the business, which is down 4% now under the current ownership of Balfour Beatty Infrastructure Partners, an infrastructure investment group based in the United Kingdom — which purchased UPPCO in 2014 — and 9% lower than it was in the company’s 2016 rate case.

“All of that said, our rates have been trending down. You can see where they have been transitioning from January of 2014 to today,” French said. “The trend is certainly in the right direction.”

The company’s 2019 rate case, ruled on by the MPSC, also reflects a rate reduction, French said.

“One very positive outcome, and it was noticed, decreased rates for most residential customers, it does also result in increased rates for many commercial and industrial customers,” he said. “(The MPSC) produce(s) a summary spreadsheet on the first of every month that compares all of the jurisdictional utilities’ rates for the different customer classes. What you will see if you go back in time is that UPPCO has had the lowest industrial rates, if not close to, for many months, and that trend will continue.”

The outcome of the case requires the company to spend at least $4.9 million on advanced metering infrastructure to increase meter-reading accuracy, according to a May MPSC press release.

“We have heard from a number of customers who are dissatisfied with the fact that we were estimating bills every other month and we don’t have the ability to read their meters on a monthly basis,” French said. “Candidly, that was a cost-saving measure, a decision that was made to help save customers money. In turn, they really have indicated they have a strong preference to receive bills that are based on actual data on a monthly basis.”

He said the company is in the process of deploying smart-meter infrastructure, with anticipated completion of the entire project in June 2020.

The benefits of the system include the elimination of estimated meter reads, more efficient outage management, reduced operations and maintenance and improved customer service, French said.

UPPCO exceeded the state standard for the total duration of sustained electrical service interruptions in a year, French said.

The System Average Interruption Duration Index, which helps utilities track how well they are doing at providing reliable service and how quickly service is restored to customers impacted by an outage, indicates that UPPCO’s sustained service interruptions total was 134 minutes in 2018, 16 minutes below the state’s guideline of 150 minutes per year.

That SAIDI metric is a vast improvement from the 573 minutes of sustained outage recorded in 2017.

“Particularly the progress over the course of time bringing that SAIDI metric down to a lower number, we are very happy and proud to be able to report that fact,” French said.

The improvement, in part, is due to the acceleration of tree trimming in the service area, he said.

Tree branches are one of the leading causes of power outages, especially during storms.

“You heard the (MPSC) chair speak to the value of making investments in those types of activities. We have certainly seen the benefits of that when we talk about it in the context of reliability,” French said.

UPPCO filed an Integrated Resource Plan to the MPSC in February.

The process is used by the utility to evaluate how it will “best serve its customers’ future energy needs,” according to the UPPCO website.

In the IRP, UPPCO is proposing a utility-scale solar array with a possible output of 125 megawatts as part of its generation mix as well as 20 megawatts of new natural-gas-fired reciprocating internal combustion engine generation, or RICE units.

The proposed location for the solar generation array is in southern Marquette County, while the RICE plant’s proposed location would be Schoolcraft County, according to a recent MPSC report on UPPCO’s IRP filing.

“Both of those provide significant benefit to the customers we serve and the region as a whole,” French said, “and particularly the RICE plant located at the location we have proposed provides reliability enhancements, if you will, not just for UPPCO customers but also for the Alger/Delta Co-Op, WPPI, and other providers throughout the region.”

UPPCO officials are “very excited” about the IRP, which the MPSC is expected to rule on in February.

“It does provide a significant increase in renewables,” he said. “It enhances reliability and it would provide price stability over the long haul, given the nature of the structure of the plan.”