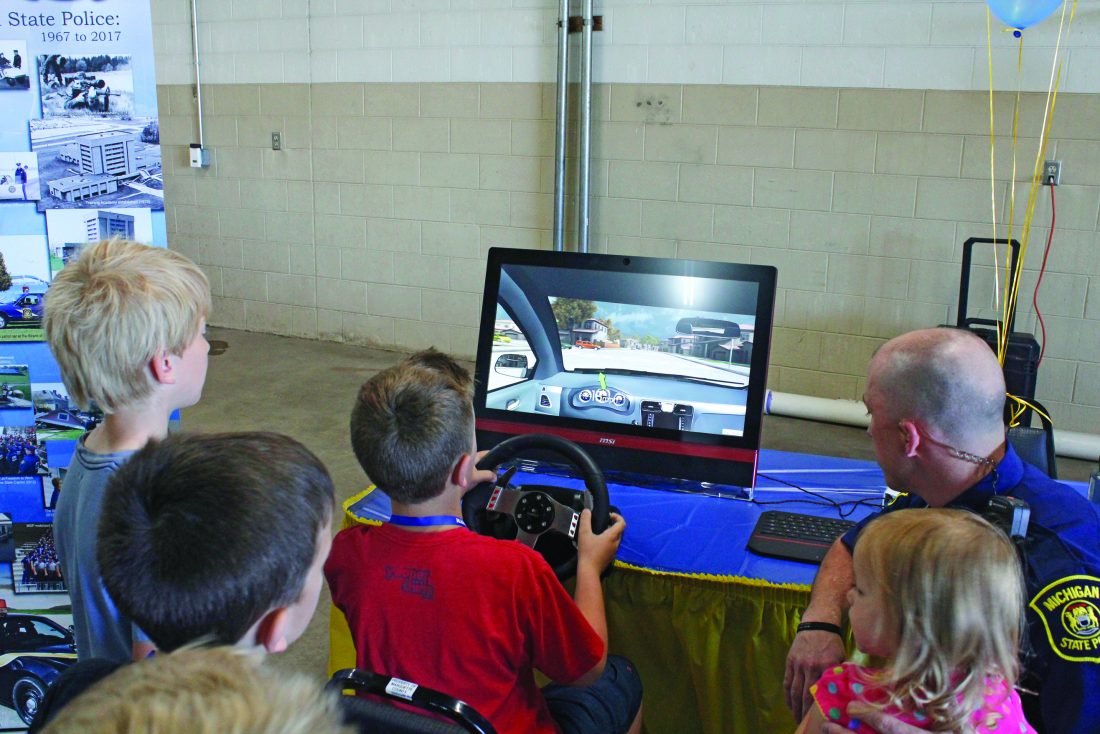 The event offered a space for individuals to learn about the services the post offers to the public besides everyday traffic patrol.

“Most of the people out in the community relate the state police to patrol cars and the criminal investigation and traffic enforcement, but actually we do have a much more diverse list of services rather than just criminal investigation and traffic patrol and then all of our partner agencies are here as well, which is a really nice thing to do,” said 1st Lt. Clint Michelin, post commander.

State police K-9 handler Mack Schlicht was present with his dog Dresden to show the community how the dogs are trained to search for human odors and narcotics. Schlicht hid a plastic fork with a human scent on it in the wooded area at the police post for Dresden to sniff out. 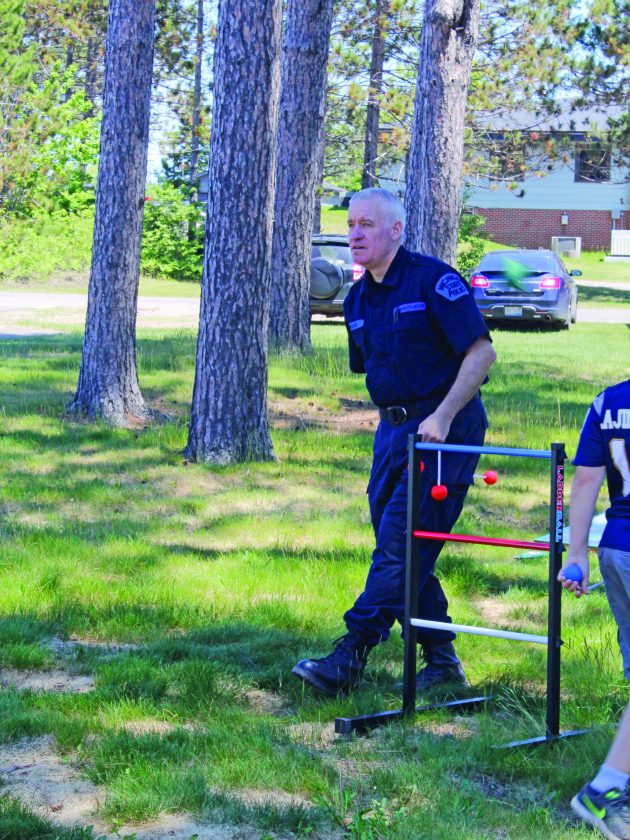 At the event, members of the emergency services team, which acts as the state police SWAT team, showed off the gear they use such as shields that stop pistol and shotgun rounds, and their armored vehicle called a BearCat.

Event attendees could also tour the crime scene trailer from the forensic crime lab, which was fully stocked with all the gear used to assist any agency in solving a crime. This included cameras to take photo evidence, a station for blood biology, fingerprint identification equipment and more.

The state police host similar open houses frequently, because it’s a fun way to spend the day and build relationships with the community, Michelin said.

“I think the most important thing is the relationship building because there has to be a partnership between law enforcement and the community for the whole system to work, meaning we cannot solve crimes without the ability to get credible information from the community and the community doesn’t get justice for victims for the criminal investigations we do if we can’t solve their crimes,” Michelin said. “So if we don’t have that true partnership, that whole thing breaks down.”

The collaboration between law enforcement and the residents of the area they serve is critical to the police providing the proper services, he added. 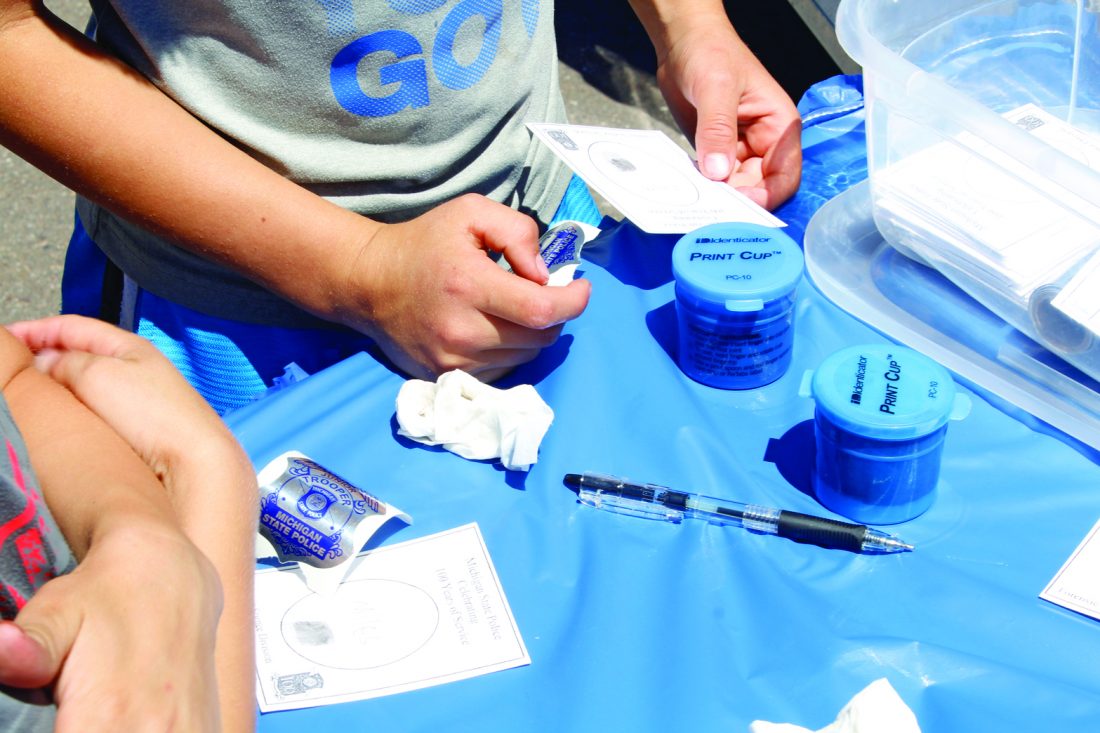 The open house also serves as a recruitment opportunity for the state police post. Having each department present allows the post to show the career opportunities available throughout the state for both enlisted and civilian positions, Michelin said.

The event also allows police officers and community members to get to know each other.

“The more relationships and personal contacts we have out there, the better we are at doing our job,” Michelin said. “It’s also just a great time for us to be able to answer any questions the community might have about anything police related, so it’s a good deal.”

Michelin encouraged anyone interested in knowing more about local law enforcement or career opportunities available with the state police to call the Negaunee post, as they have full-time trooper recruiters, can offer ride-alongs, and set up tours of facilities and meetings with active troopers.