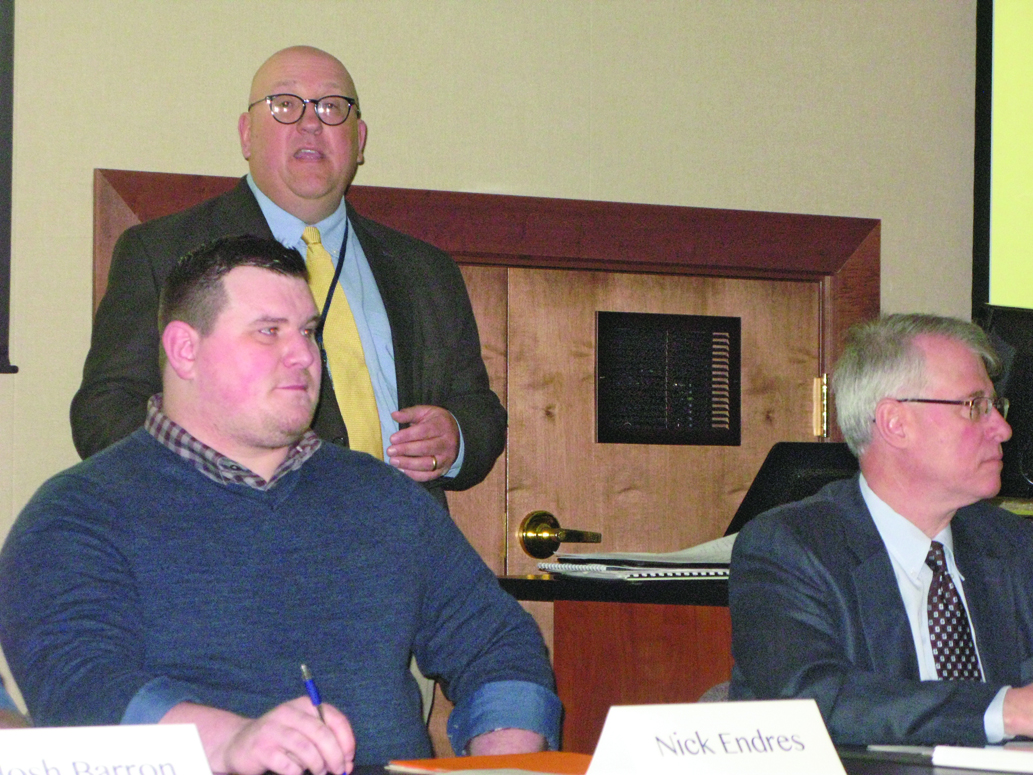 MARQUETTE — Employment is a key component of the Offender Success program, which was the focus of a Friday regional forum at the Marquette-Alger Regional Educational Service Agency.

The mission of the Offender Success model is to reduce crime through services, supervision and opportunities developed with each offender and delivered through state and regional collaboration, the ultimate goal being sustainable employment and self-sufficiency.

Services are targeted to meet the needs of released offenders, thereby reducing their risk of recidivism — the tendency of a convicted criminal to commit another crime — and to make it easier for them to get jobs.

Greg Toutant, chief executive officer of the Great Lakes Recovery Centers, addressed the forum, noting the Michigan Department of Corrections in 2007 took an aggressive approach on recidivism, and decided to bring it to the Upper Peninsula.

“The focus here is on the value of a human value and looking at, what does it take to make the focus successful?” Toutant said.

For the past several years, GLCC has provided management services for Offender Success throughout the U.P., he said.

“It means that we really have to have a network of not only concerned citizens but stakeholders that can provide things like housing and educational opportunities, vocational experiences, employment, a range of health-related services,” Toutant said.

Movement toward reducing recidivism has continued in recent years.

In 2017, the Michigan Prisoner Re-Entry Initiative was renamed Offender Success. Gov. Rick Snyder in 2018 signed “ban the box” legislation that removed the question “Have you been convicted of a felony?” from state job applications.

Toutant said the MDOC views employment as a conduit to success, with housing initiatives being an earlier focus.

“Without the construct of employment, those aren’t going to be successful long term,” Toutant said.

Jason Sides, Offender Success community coordinator with the GLRC, gave a presentation that included facts on the federal Second Chance Act of 2007, the purpose of which was to help prisoners get back on track.

Of the program participants who received employment services through this act, more than 12,000 have obtained employment since 2011.

Sides also stressed the need for a network to make Offender Success work.

“It’s not just one individual,” he said. “It’s a whole team of people coming together to do this.”

One of the Friday panel members was Kevin Ayotte, MDOC field supervisor for the western and central U.P.

Ayotte said at first he was skeptical of the Offender Success model.

“When you realize the importance of it and how often people were being returned to prison instead of being given that chance for success in the community, the light bulb went on for myself,” he said.

He said that if a parolee was caught drinking in a bar in 1990, that parolee would be sent back to prison.

“I think about now and how ridiculous that was and how crazy that was, but we could do it,” Ayotte said, “but economically, whatever the cost was back in 1990, it wasn’t worth sending somebody back to prison for drinking in a bar.”

That thinking since has changed.

“My agents are all fully invested in helping offenders be successful,” Ayotte said. “That’s why we’re here. That’s why we’re paid. We’re not just here to hammer people. Again, that thinking is kind of outdated. We’re here to help people.

“We’re still holding them accountable for their behavior, but we’re also giving them that helping hand.”

In the old days, he said, parolees would undergo orientation, with each agent in each county knowing the companies that would hire felons.

Now employment specialists meet with parolees individually and discuss their strengths, weaknesses and what would be the best fits for them, Ayotte said.

“They also know employers that would be willing to hire them and give them a shot, and it helps that there’s a conduit between the parole agent and employer,” he said.

Ayotte credited Lakestate Industries, based in Harvey and Escanaba, with taking in people who normally wouldn’t have had an opportunity to be employed.

Lakestate Industries is a private nonprofit agency that helps people with disabilities to work for pay and removes barriers for employment.

Members of a regional steering team and an advisory council are needed for the Offender Success program. To get involved, email OSinfo@greatlakesrecovery.org.