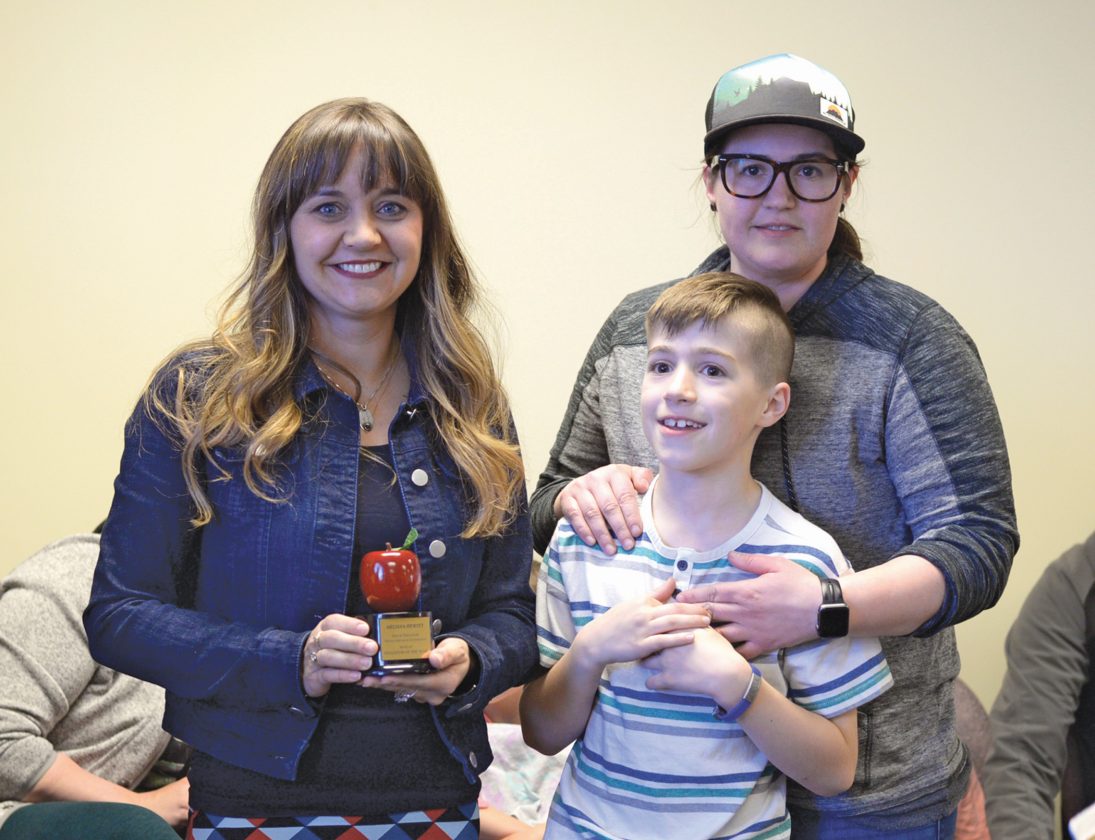 Third-grade teacher Melissa Hewitt, left, from Graveraet Elementary School of Marquette, poses for a photograph with Ali Dehlin and her 8-year-old son Asen, who was Hewitt’s student this past year. The Special Education Parent Advisory Committee named Hewitt the 2019 Educator of the Year during the Marquette-Alger Regional Education Service Agency’s regular meeting at the administration building along Ohio Street in Marquette Monday evening. (Journal photo by Corey Kelly)

MARQUETTE — A good teacher can make all the difference for a student in developing a positive relationship with learning.

The Special Education Parent Advisory Committee named third-grade teacher Melissa Hewitt from Graveraet Elementary School of Marquette the 2019 Educator of the Year during the Marquette-Alger Regional Education Service Agency’s regular meeting at the administration building along Ohio Street in Marquette Monday evening. Hewitt was chosen for the impact she has made on one of her students.

“We had a lot of really great nominations, but we were lucky enough to meet this mother-and-teacher duo,” said Stephanie Thwaites, chair of SEPAC.

Students, parents and Hewitt’s family members crowded into conference room C to celebrate the recipient. After the MARESA Board of Education completed its roll call, Thwaites was invited to the front of the room to introduce Hewitt and present her with the award.

“I don’t think I’ve ever read a nomination that was so thoughtful,” Thwaites said. “One of the first things (Ali Dehlin) put on there was how amazing and life-changing Mrs. Hewitt was.”

Hewitt was nominated in a letter by Dehlin and her 8-year-old son Asen, who was Hewitt’s student this past year. Hewitt recognized Asen’s need for an individualized education plan and navigated the mother and son through the process. Asen referred to his teacher as “amazing.”

“Teaching is quite a difficult job and I’ve loved it since I began, but to be nominated by a parent makes everything worthwhile,” Hewitt said. “I am humbled, I am proud, I’m excited and it gives me a little more energy next year to give them my best again.”

After the ceremony, cake and refreshments were served down the hall as the board meeting continued.

Hewitt’s name will be added to a plaque listing past award recipients that currently hangs in the MARESA building.