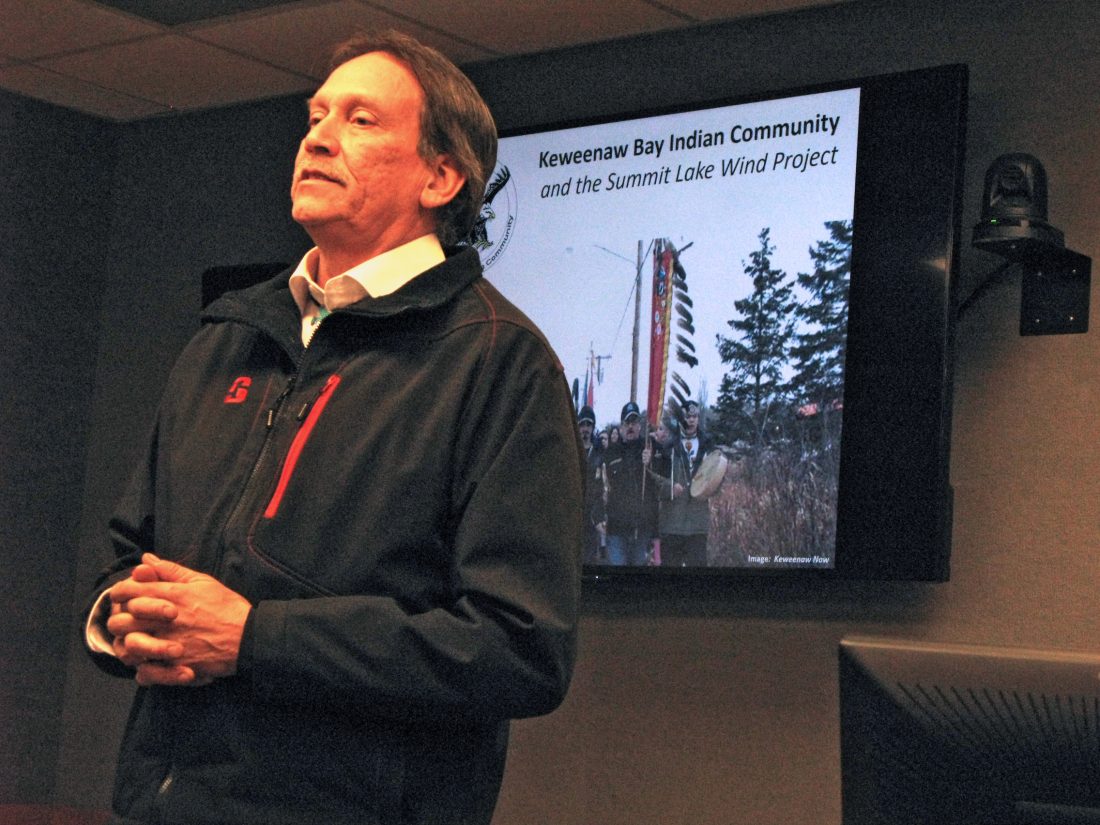 Warren “Chris” Swartz, president of the Keweenaw Bay Indian Community, talks about the proposed Summit Lake Wind Project Monday at Northern Michigan University. The project would be in the Huron Mountains. (Journal photo by Christie Bleck)

MARQUETTE — The Keweenaw Bay Indian Community is concerned about what it believes will be negative environmental impacts from the proposed Summit Lake Wind Project in the Huron Mountains, and those concerns were expressed Monday during a presentation at Northern Michigan University.

The talk took place during an “Indigenous Environmental Movements” class, with the event open to the public at Harden Hall.

According to the project website, summitlakewind .com, Renewable Energy Systems has proposed a wind energy facility with 49 turbines, each almost 500 feet tall. RES is conducting environmental and technical surveys to assess the project’s viability.

However, the KBIC in 2018 announced its opposition to the project.

KBIC President Warren “Chris” Swartz Jr. said that throughout his life he has noticed a destruction of natural resources near his home on which he relied for sustenance.

“We were kind of dependent on the fish, the deer, the animals, and pretty much, a garden,” Swartz said.

Treaty rights to the Native American community, he said, also are a way of life. In fact, his family was born and raised that way, with Swartz rowing a boat for his grandfather, a commercial fisherman.

“I had to row the boat so my grandpa could set the nets out and feed us, and to barter,” Swartz said.

Years ago, the KBIC believed wind energy was a good idea, as did he.

“I thought wind was a good source of alternative energy,” Swartz said.

However, after he and the KBIC researched the issue, wind towers were put up to determine if they were feasible.

They found out wind energy wasn’t workable near the tribe’s L’Anse Indian Reservation, so it decided to go forward with solar energy, and now has several solar projects on the reservation.

A number of wind turbines were put up on the west side of Keweenaw Bay, he said.

“We let them sit there for almost a year and a half,” Swartz said. “There just wasn’t enough wind.”

The east side of Keweenaw Bay wasn’t feasible either.

“What I did find out is that there isn’t that much wind in upper Michigan to begin with,” Swartz said. “I think wind turbines would be more feasible down in Illinois rather than up here, because there’s more wind down there.”

He also believes that clearing trees as well as the addition of infrastructure, roads and power would be detrimental to the area.

“It’s going to have a negative impact up there now,” Swartz said.

Jeffery Loman, a KBIC tribal citizen who worked for many years in the environmental field and for the federal government, also spoke to the class.

He also made note of natural resources being destroyed for decades, although American Indians still have the right to hunt, fish and gather.

“Those rights are our money in the bank,” Loman said. “That’s how President Swartz thinks about the ultimate survival of his grandchild.”

And he has the right to believe that way, Loman said.

It was stated on summitlakewind.com that the proposed project is located about 6 miles east of L’Anse, with the nearest proposed turbine approximately 8 miles away. The study area is about 28,000 acres of timberland owned by Weyerhaeuser and other adjacent privately owned timberland.

The Summit Lake Wind Project site was selected for its reliable wind source, available capacity on the existing electrical grid, distance to residences and compatible use of timberland, officials said.

“I think we need to be honest with ourselves here,” Loman said. “We’re not just cutting down trees to build roads to construct the project. We’re building a massive road network to get these large wind energy systems in and give Weyerhaeuser the ability to clear-cut a hardwood forest.”

Loman spoke of the students he’s met at NMU and Michigan Tech University, who he believes will be staunch environmental defenders.

“This is the next generation coming, Indians and non-Indians alike,” he said. “They’re going to be 10 times more adamant about protecting this environment, protecting treaty resources, than my generation was even close to doing.” 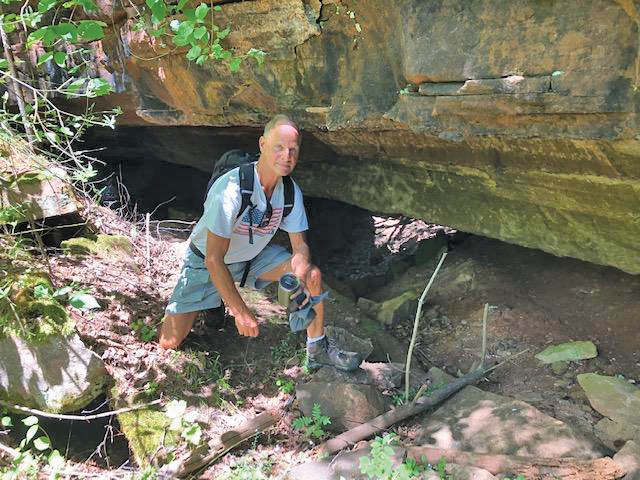 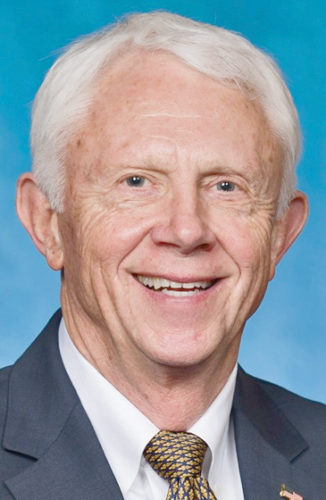