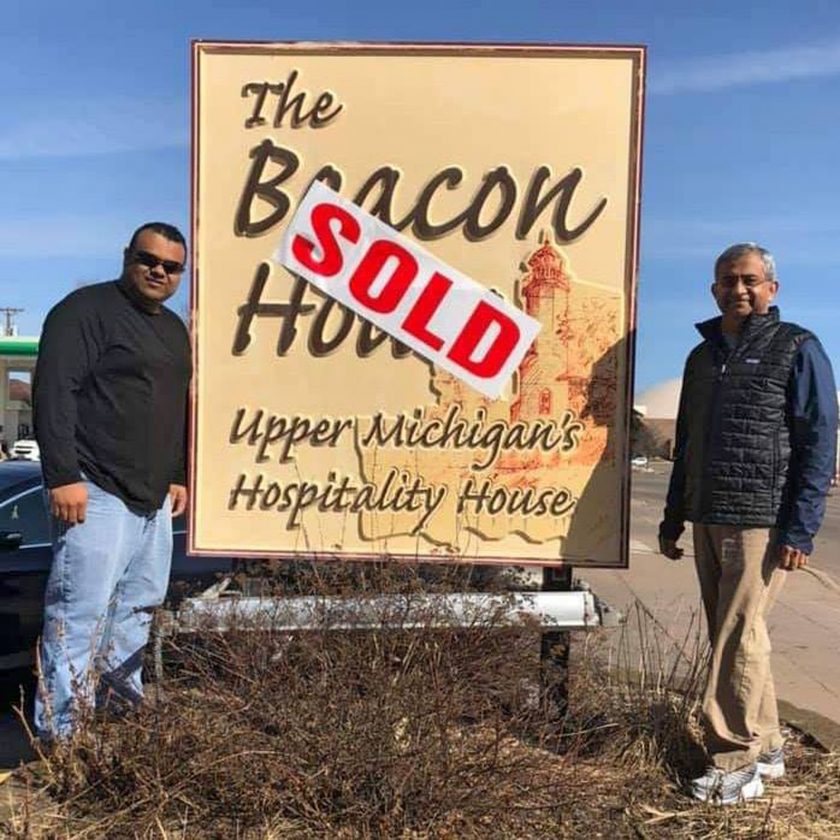 “We are so happy to be able to take our next step toward building a ‘right-sized’ sustainable hospitality house for the people of the Upper Peninsula!” Tavernini Dowling said in a Facebook comment.

The buyers, who wish to only be identified as “experienced hoteliers from the Chicago area,” at this time, closed on the sale Thursday, said Darlene Martin, associate broker/owner of Select Realty, who brokered the sale.

The buyers plan to open a boutique hotel at the location as soon as the beginning of July, Martin said.

Furthermore, the new owners are planning to use local firms to conduct renovations on the building, she said.

“They’ve used a local architect and engineering firm. They are also using a local construction company to do all of their renovations, which I think that’s very good for our area,” Martin said.

Thursday’s sale of the Third Street building marks the beginning of the next steps for the Beacon House, officials said.

“The old Beacon House loan is paid in full! Now, onto our next step ‘Operation Overnight’ and building the new Steve Mariucci Beacon House,” Tavernini Dowling wrote in a Facebook post.

The sale of the Beacon House stems from the upcoming move of UP Health System-Marquette to its new Baraga Avenue location, as the Beacon House Board of Directors began to research the possibility of moving closer to the new hospital when its relocation was announced.

The property located at 1301 N. Third St. was put up for sale in August 2017 after UPHS had allotted the Beacon House a 2-acre plot of land near the new hospital.

The new Beacon House, which will be located near the intersection of Spring and Seventh streets, will be named the Steve Mariucci Family Beacon House, as Mariucci, whose family was once guests at the Beacon House, has played an integral role in fundraising for the nonprofit.

As of two weeks ago, the Beacon House still needed around $900,000 to meet its phase one fundraising goal of $3 million, but it is unclear how the purchase impacts the fundraising needs.

The $3 million is needed to obtain a construction loan and build the first 20 rooms, general offices, lobby, kitchen and other spaces at the new location. The building will be constructed in three phases, with around 60 rooms upon completion.

The Beacon House building along Third Street closed in August, after serving over 250,000 patients, caretakers and families who stayed there during medical crises since it opened its doors in 2002.

The Beacon House also operates 21 beds at the current location of UP Health System-Marquette, but the new hospital to open along Baraga Avenue in June will not provide hospitality rooms, officials said previously.

Many fundraising efforts are underway to help support building the new Beacon House, including the 906 Pledge plan. With that plan, the organization is asking everyone in the Upper Peninsula to consider pledging a monthly donation of $9.06 for a year or more.