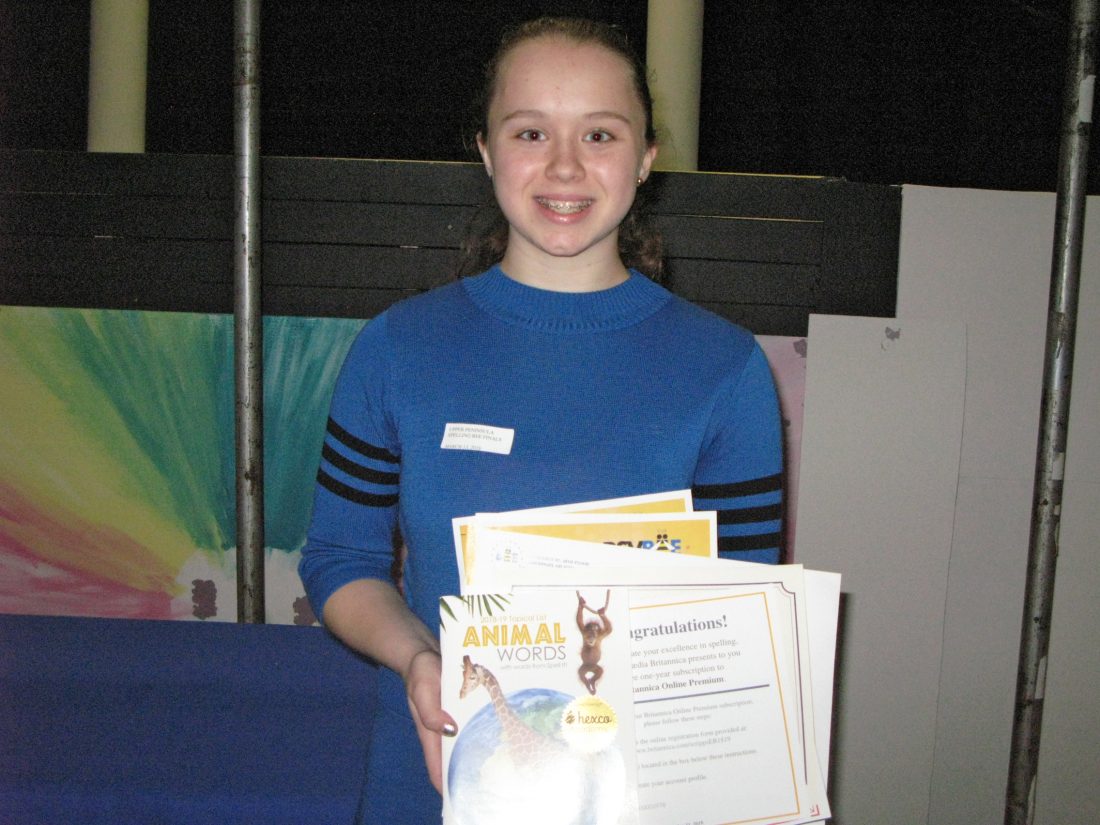 Besonen, who lives in Trout Creek and is an eighth-grader at Watersmeet Township Schools, won after successfully spelling “fossiliferous” and then “clairvoyance.”

The “Final Four” were asked to spell words such as commemorative, ultimo, paragram and tiffin.

They also had the option of asking the definition of a word or to have it used in a sentence to help them along. For example, tiffin is a midday meal.

“I was nervous the whole time,” Besonen said.

She gave a nod to the second-place finisher, who challenged her up to the very end.

“I would have been happy if she would have won too, but I’m excited I get to go to Washington, D.C. for the first time,” Besonen said.

She acknowledged having to study a lot for the competition, but spelling already had been in her mind.

“Sometimes I’ll think of the word in my head and then I’ll spell it,” Besonen said.

Besonen won round-trip transportation for her and a parent to attend the national event in May, six nights lodging and a stipend to help defray costs of meals and other expenses.

Her prizes also included a one-year membership to Encyclopedia Britannica online and a Merriam-Webster’s Collegiate Dictionary.

Hartman, who said the event has been going on for about 40 years, said the students are given an extensive word list they have to memorize.

One that list is completed in the competition, they move on to a “stump list” the students don’t see.

Those words are difficult.

However, Hartman said, “There’s also some words that are quite easy that they’re not used to studying or can’t remember, and it just kind of fools them.”

Regardless of how far they go in the competition, participants could come away with added knowledge, and that doesn’t necessarily have to do with words.

“It teaches them, like I said, the self-discipline to work hard and respect your students and help each other.”