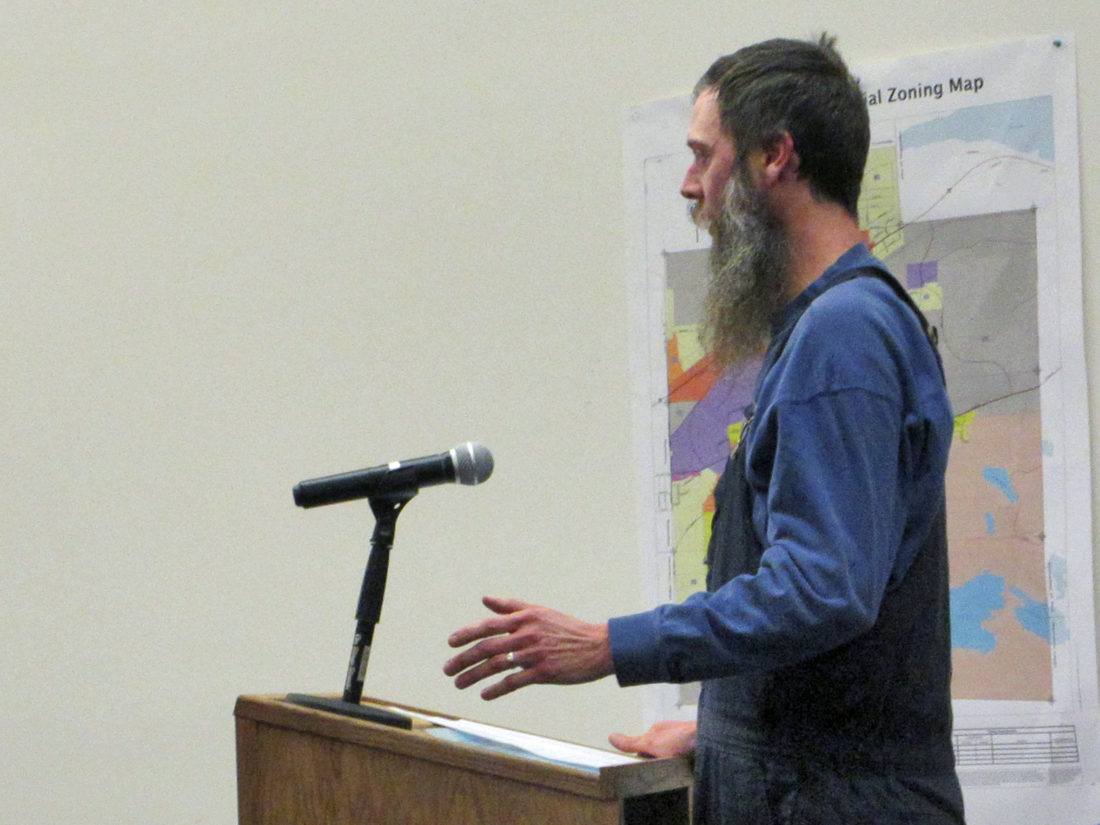 ISHPEMING — Recreational marijuana establishments will be prohibited in the city of Ishpeming, at least for now.

The Ishpeming City Council at its meeting Wednesday reacted to the Michigan Regulation and Taxation of Marijuana Act passed by state voters on Nov. 6 by adopting an emergency ordinance prohibiting marijuana sales within the city’s boundaries.

City Attorney Bonnie Hoff said enacting the ordinance would protect the city while the state puts regulatory rules that govern the sale of recreational marijuana into place.

“That is not to say you can’t change your mind in the future and amend the ordinance, but this is an area of the law that is very, very gray right now,” Hoff said.

The law puts the burden on individual municipalities to issue licenses to recreational marijuana establishments if the Michigan Department of Licensing and Regulatory Affairs does not have regulations in place in a timely manner, according to a House Fiscal Agency summary report.

“(The law allows) an applicant to apply to a municipality for, and require municipalities to issue, a local marijuana establishment license if LARA does not timely issue rules or accept or process applications,” the report states.

Hoff said that if Michigan’s efforts to regulate the sale of medical marijuana are any indication, recreational marijuana regulation may not come to fruition as quickly as the new law suggests.

“Part of the act that bothers me, and like any legislation it will have to be fine-tuned through litigation, is that there is a provision in this new recreational statute that basically says the state of Michigan has to give a license within a year,” Hoff said. “However, if the state doesn’t timely promulgate rules, which would encompass licensing, then after one year of the effective date of the act, which is (today), the applicant may submit an application for a marijuana establishment directly to the municipality. I don’t think we want to get into the business to come up with rules to govern marijuana retail establishments.”

Hoff said her primary area of concern was the fact that marijuana is not legal at the federal level, carrying possible negative implications for municipalities that have sanctioned recreational marijuana sales operations. In the extreme, she said, projects that received federal funding could be in jeopardy, including the city’s $10.8 million water project, which is funded in part by an $8.98 million revenue bond from the U.S. Department of Agriculture Rural Development and a $3 million grant.

City Councilwoman Pat Scanlon, who suggested the emergency ordinance, said the action would protect the city while the details of the new legislation are ironed out.

“It could come down to the city manager has to write a $3 million check to Rural Development because now they found out that we are supplying water to a grow operation,” Scanlon said. “It might happen, might not. It probably wouldn’t, but it could. So we could beat the clock, and clarify that we are not saying no forever. We are saying no to protect our taxpayers and as our attorney said, we can go back and redo this ordinance and accept it and bring them in.”

Aaron Perkins, owner of Marquette County Pawn and Estate in Ishpeming who gathered signatures to put Proposal 1 on the November ballot, was asked to speak during the meeting.

He told the council that while there are business owners in the area who have expressed interest in selling recreational pot, they are afraid to come forward.

“There is such a stigma with marijuana, and they are afraid to come and talk,” Perkins said. “Let’s just wait and see what happens. The trend is moving in this generation; it’s legal in Canada. There is a whole market for it, and I don’t think it’s a really bad drug — there’s a lot of worse ones out there, but whatever happens, it’s cool. I am just happy to see that it’s legal.”

Councilman Stuart Skauge, the only member to vote against the emergency ordinance, said the measure would countermand the will of the voters.

“It’s no different than the prohibition of alcohol. Prohibition didn’t work, prohibition on marijuana didn’t work,” Skauge said. “I am not going to vote for this. I don’t think we should throw it out there interfering with (it). The voters have passed it. If someone can take an empty building and sell it legally, we’ll get property tax off of that. And I think the voters, the majority of voters — that’s what they want.”

The ordinance, Hoff said, would take effect immediately upon posting. Violation of the ordinance would be considered a municipal civil infraction punishable with a $500 fine.