UPPCO customers to see decreases in bills for next six months 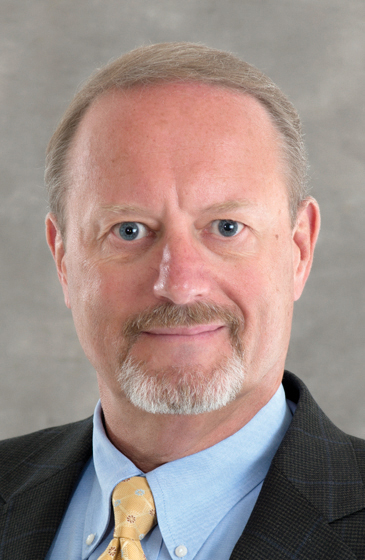 MARQUETTE — Upper Peninsula Power Company customers will see their monthly bills reduced by an additional $3.50 for the next six months.

Under a Michigan Public Service Commission ruling on Nov. 21, UPPCO will return a total of $1,668,691 to its electric customers, according to an MPSC release.

The $3.50 decrease per customer was calculated based on a residential average monthly usage of 500 kilowatt hours.

The reductions are the second phase, or Credit B, of the MPSC’s three-step tax impact adjustment plan which was implemented as the result of the federal Tax Cuts and Jobs Act. The December 2017 federal tax law lowered corporate tax rates from 35 percent to 21 percent.

UPPCO was one of 13 rate-regulated utilities ordered by the MPSC to estimate the amount of tax savings the TCJA would provide and propose how those savings should be passed along to utility customers.

The Credit B refund approved Nov. 20 looks backward at savings due to ratepayers from Jan. 1 to the start of the Credit A refunds in July and will be added to the initial rebate.

The initial $3.40 refund, which was implemented for UPPCO customers following a June 28 MPSC ruling, is intended to capture future cost savings for the company based on TCJA.

The third round of changes, called Calculation C, which will include the impact of other items, such as excess deferred taxes or bonus depreciation not accounted for under Credits A or B, has yet to be determined.

The rate reduction may be short-lived, as UPPCO filed a case with the MPSC in September which would include a rate increase of approximately $6.50 for a typical customer using 500 kilowatt hours if approved, according to a Sept. 21 UPPCO press release.

The filing, if approved, would return the full benefit of the TCJA to customers, the release states, as well as recover investments being made in the UPPCO Smart Energy advanced metering solution.

In addition, the proposal would eliminate the $2.25 credit/debit card payment fee “and adjusts the rates being charged to all customer classes to reflect the true cost of service.”

UPPCO’s Vice President of Business Development and Communications Brett French noted in the release that the company had successfully reduced customer bills by $14 million in 2018 through a variety of cost-saving measures.

“As a rate-regulated utility, the Company routinely submits regulatory filings to the Commission to comply with Michigan’s laws and regulations,” French said. “Our latest filing addresses the revised Tax Code, reductions in energy consumption and the need to update our rates. The filing also seeks to recover the cost of installing advanced meter reading infrastructure; a measure that is designed to improve upon reliability, deliver increased customer service and eliminate the current practice of reading meters every other month.”

The requested rate increase caught the attention of Attorney General Bill Schutte and Citizens Against Rate Excess in part because, despite TCJA and other rate decreases, UPPCO customers are still paying higher rates than any other MPSC-regulated utility.

According to a Nov. 1 MPSC comparison of of the nine utility companies it regulates, UPPCO customers using 500 kWh per month paid an average of $104.67 as opposed to the other MPSC utility that services the U.P. region, Upper Michigan Energy Resources Corp. whose customers paid $71.76 per month on average.

John Liskey, counsel for CARE, said the organization applauds UPPCO’s proposal to reallocate its costs more fairly among its customers, which would lower the pressure on residential customers “to bear the burden of revenue deficiencies.”

“CARE believes that UPPCO’s residential rates are currently too high based on, in our opinion, incorrect calculations of their rate base,” Liskey said. “CARE welcomes the intervention of the Attorney General as that will bring greater resources to review and challenge various aspects of the proposed rate increase.”

The MPSC is expected to rule on the proposed rate case in 2019.

Attempts to reach the Attorney General’s office and UPPCO were not successful by press time.