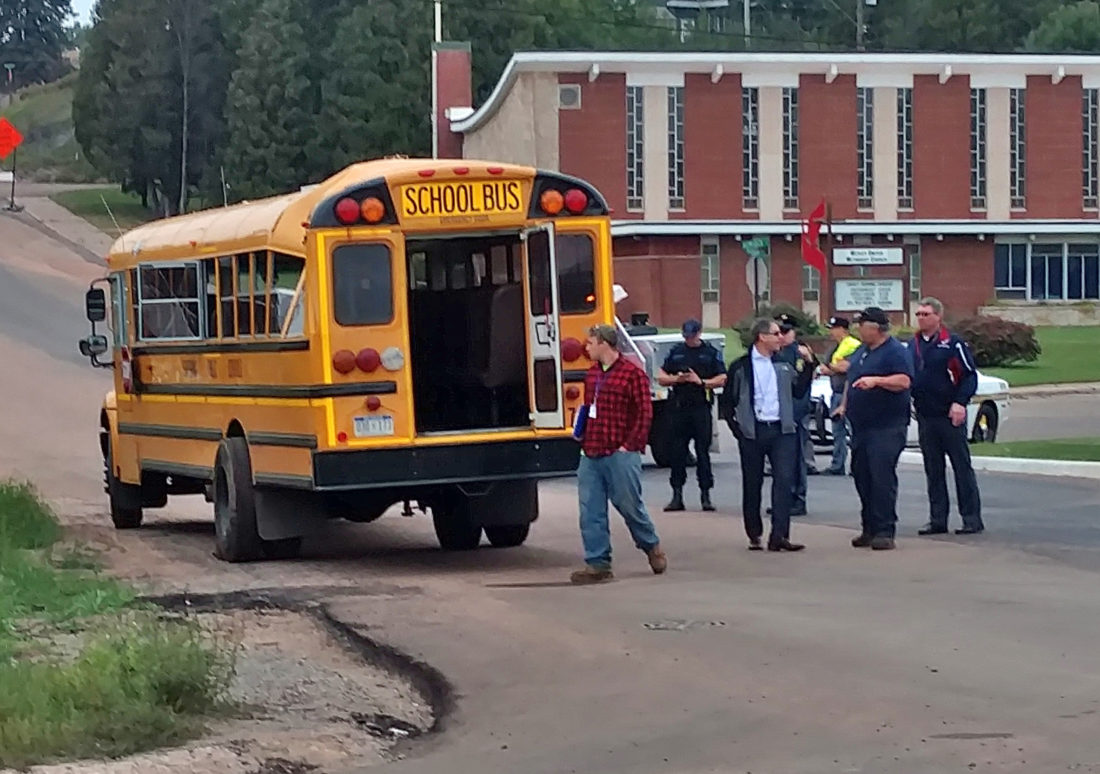 First responders observe the damage to an Ishpeming Public School bus after an accident Wednesday morning at the corner of U.S. 41 and Hemlock Street in Ishpeming. (Journal photo by Janet Cobb)

MARQUETTE — Five people were transported by UP Health System’s ambulance after a collision occurred between an Ishpeming Public School bus and a passenger vehicle around 8 a.m. today in Ishpeming.

“So far, we’re just getting reports of minor injuries, but there were injuries to the driver of the vehicle and some kids on the bus,” Ishpeming City Police Chief Steve Snowaert said.

The accident occurred along U.S. 41 in Ishpeming near the intersection with Palms Avenue, when a black Dodge Avenger struck the bus.

“We had a car strike the bus, we’re still investigating on exactly what happened,” Snowaert said.

The bus was pushed into a pole on the corner of U.S. 41 and Hickory Street, near the First Bank in Ishpeming. 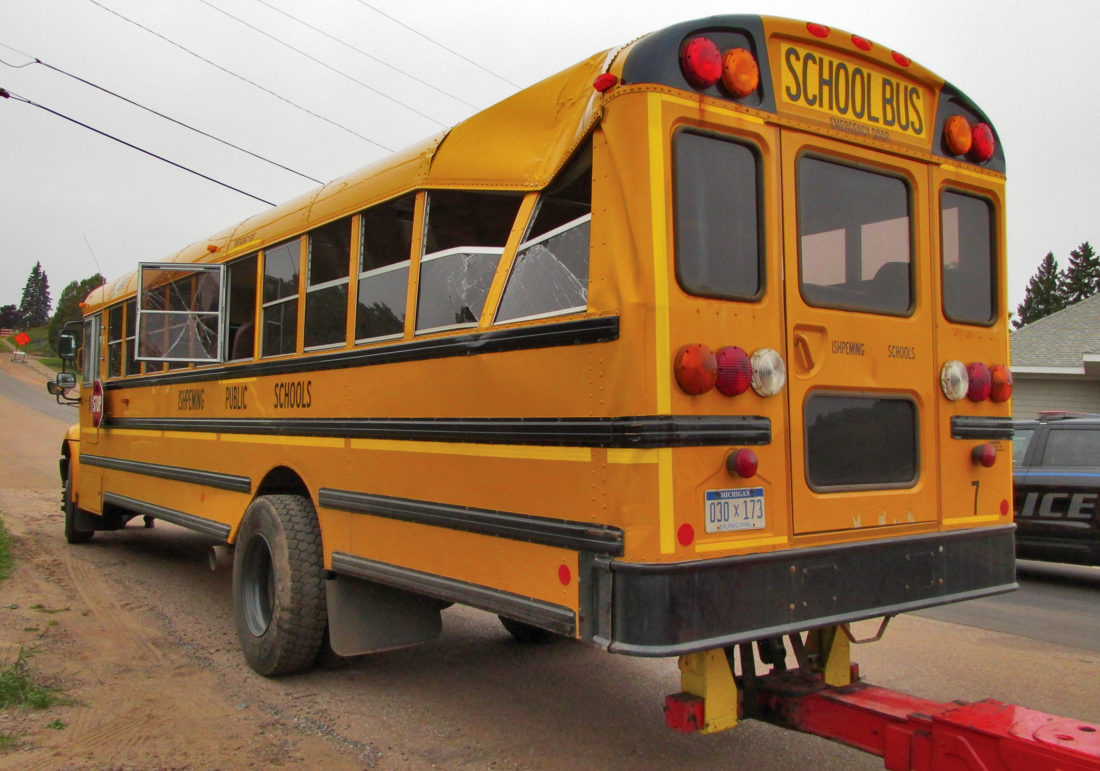 A close-up of the tow bar is pictured. (Journal photo by Cecilia Brown)

Snowaert said the bus “ended up sideways against that pole,” with the Dodge Avenger lodged beneath it, near the bus’s rear tire.

The accident remains under investigation, police said, and ask any parties with more information to come forward.

“Anybody who witnessed it who we have not talked to, we ask them to call our police department at 486-4416,” Snowaert said. 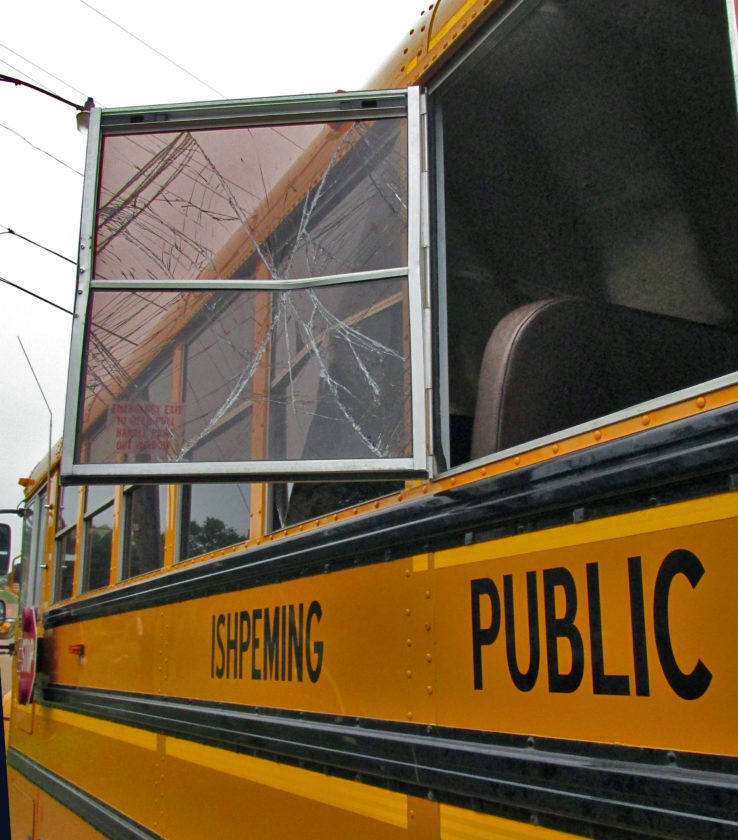 A damaged window on the bus is pictured. (Journal photo by Cecilia Brown) 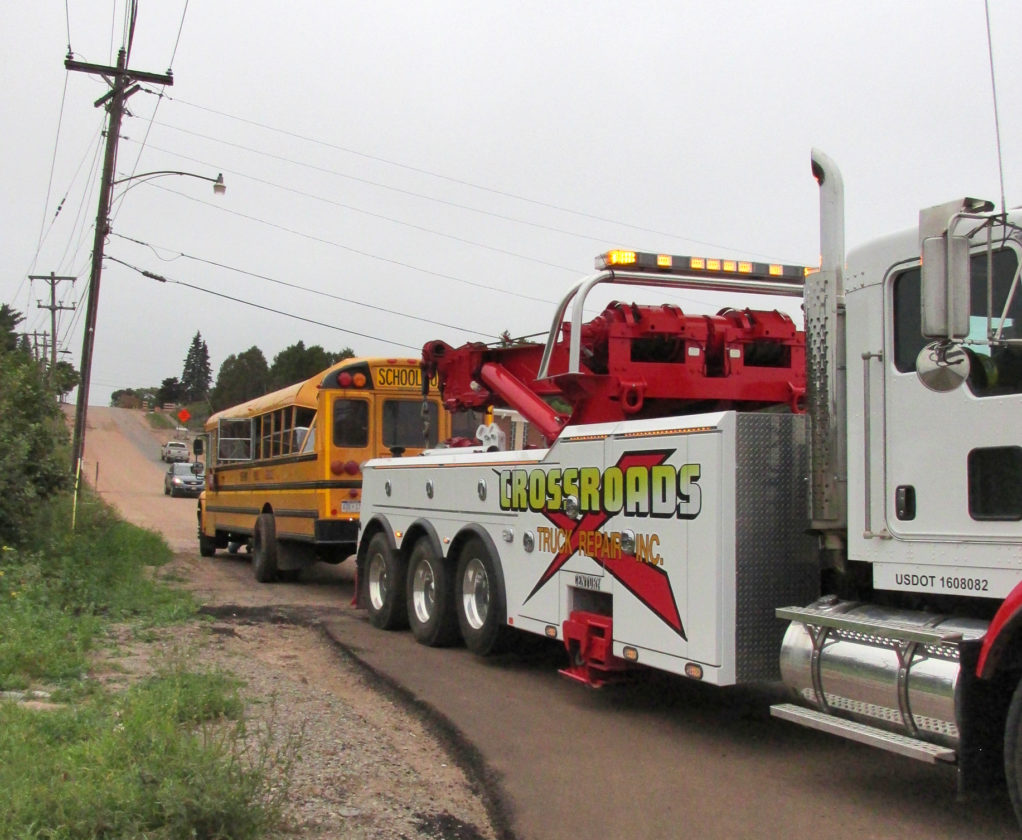 An Ishpeming Public Schools bus is about to be towed by Crossroads Truck Repair Inc. after a car collided with the bus in Ishpeming around 8 this morning near the U.S. 41 intersection with Hickory Street. (Journal photo by Cecilia Brown)