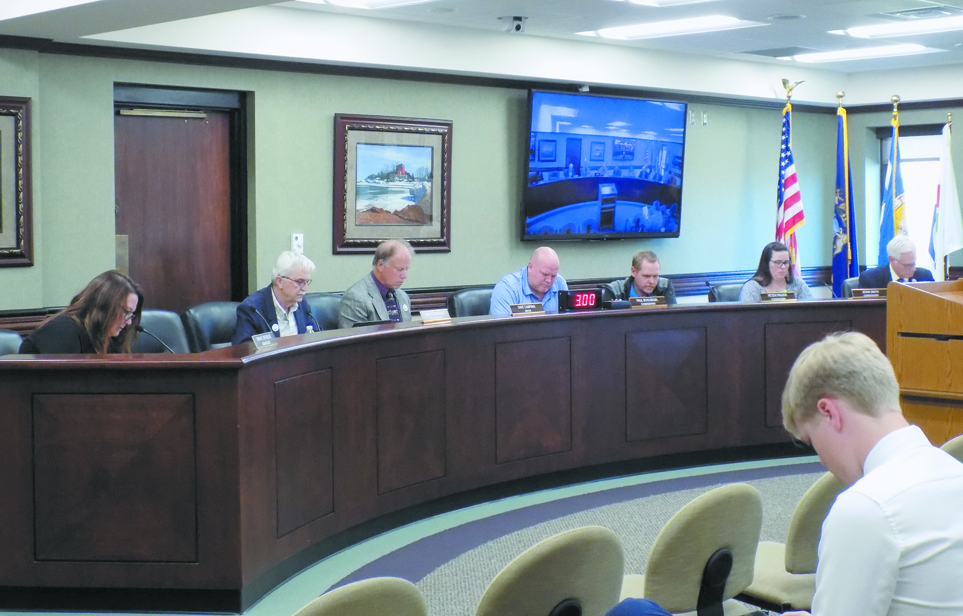 MARQUETTE — After two work sessions, the Marquette City Commission adopted its strategic plan for fiscal years 2018-2020 at its regular meeting on Monday.

In March, the community development director initiated an update to the 2016-18 strategic plan, wherein document templates and initial guidance were released to all administrative departments, commission boards and committees, city documents state.

All input was coordinated through City Manager Mike Angeli’s office, and input from individual boards and committees was first considered and approved prior to inclusion within the final materials. Participants coordinated updates and new items with elements of the Community Master Plan, Heartwood Forest Plan, Waterfront Plan, Parks and Recreation Master Plan, as well as information and data relating to other known projects and initiatives, documents show. The material was compiled, placed within a binder and included input from each city department, commission and committee head.

Some of the items addressed in the newly approved strategic plan are the potential development of the former Cliffs-Dow industrial site along Lakeshore Boulevard, addressing lost tax revenues from the closing of the Presque Isle Power and Shiras Steam plants, the Marquette Downtown Development Authority’s Greater Downtown Identity Enhancement Project, the possibility of selling parcels located on Heartwood Forestland, retaining a more efficient public transportation policy, and more.

Angeli said the strategic plan is a road map to follow.

In regards to some of the public’s disapproval of recent and upcoming city development plans, Mayor Pro Tem Frederick Stonehouse said he wished more people were around when rail and coal yards were in the area.

“If you think back, you probably didn’t like the tank farm either,” he said. “The same thing applies to Founders Landing. A lot of people weren’t around when that was a contaminated rail yard. They have this vision that it was once beautiful, pristine lakeshore that all this was built on.”

Stonehouse used the building which houses Iron Bay Restaurant and Drinkery and Sol Azteca as an example. The building, which was once an old foundry site, was “on the verge of being torn down” and now “we have beautiful restaurants set on the harbor,” he said.

In response, Angeli said he remembers the coal and rail yards as well, and said new developers are assets to the community.

“I was at Father Marquette Park a couple weeks ago and a woman commented how the view was ruined from the park because of the building (One Marquette Place),” Angeli said. “My response was: ‘I think it’s beautiful’ … compared to what I used to see and what I’m seeing now, I mean I thought it was a really wonderful view and I guess it’s all a matter of perspective.”