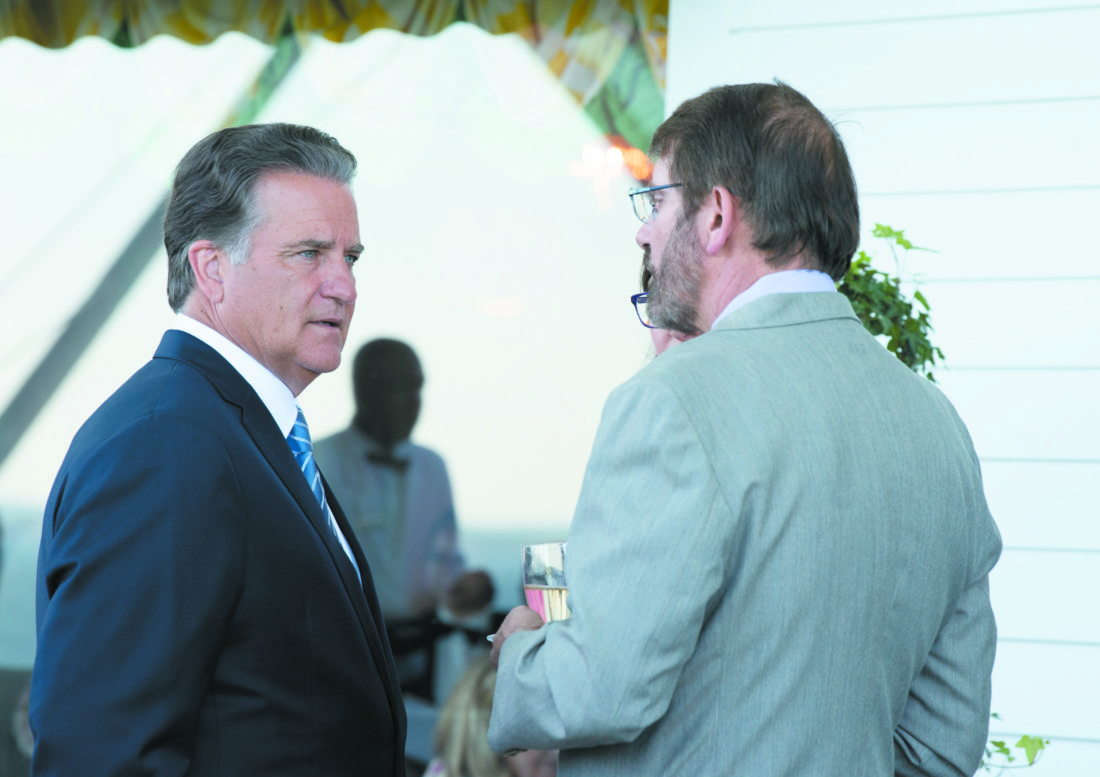 MARQUETTE — Nearly $1.4 million was raised for reconstruction of the Beacon House at the major donor Capital Campaign Pledge Party June 13 at the Grand Hotel on Mackinac Island.

The Beacon House is the only hospitality house in the Upper Peninsula for patients and families who travel long distances for medical care. When Duke LifePoint and U.P. Health Systems announced relocation without plans for hospitality rooms, event hosts Steve and Gayle Mariucci created the Legacy of Love Capital Campaign in December to erect a new Beacon House next to the hospital, as stated in a press release.

“It all started when Mariucci wanted to tell our story to his resourceful friends to help us get our campaign off the ground,” said Mary Tavernini Dowling, CEO of Beacon House. “Fortunately, the event was funded by the hospital so that all of the donations would go directly toward the campaign.”

The Mariucci family decided the grassroots campaign event would be pay-to-play, asking couples to pledge $50,000 upon entry, Dowling said. Upper Peninsula business leaders, influential individuals and former sponsors of the Celebrity Golf Classic made up the small group of 50 guests at the pledge party. Construction is planned in three phases: $3 million for 20 guest rooms and services, and the preceding two phases will include 20 rooms each for a completed 60-room facility.

“This was the most incredible boost to our fundraising campaign,” said Mariucci. “We can’t break ground on the first phase of the new Beacon House until we reach $3 million in pledges.”

Major donors to the campaign include the Mariucci family’s long-time friends Tom and Lupe Izzo, the Eddie DeBartolo family from the San Francisco 49ers and local donations from Dr. Matthew and Laura Songer, River Valley Bank and Gary Betchel Construction. To reach their goal of $3 million, Dowling said they will be hosting another U.P. pledge party on 906 day, Sept. 6, to gather pledges across the U.P.

Smaller and monthly recurring donations can be made through the website www.upbh.org/donate.