AT&T seeks to discontinue Lifeline discount to some Michigan residents 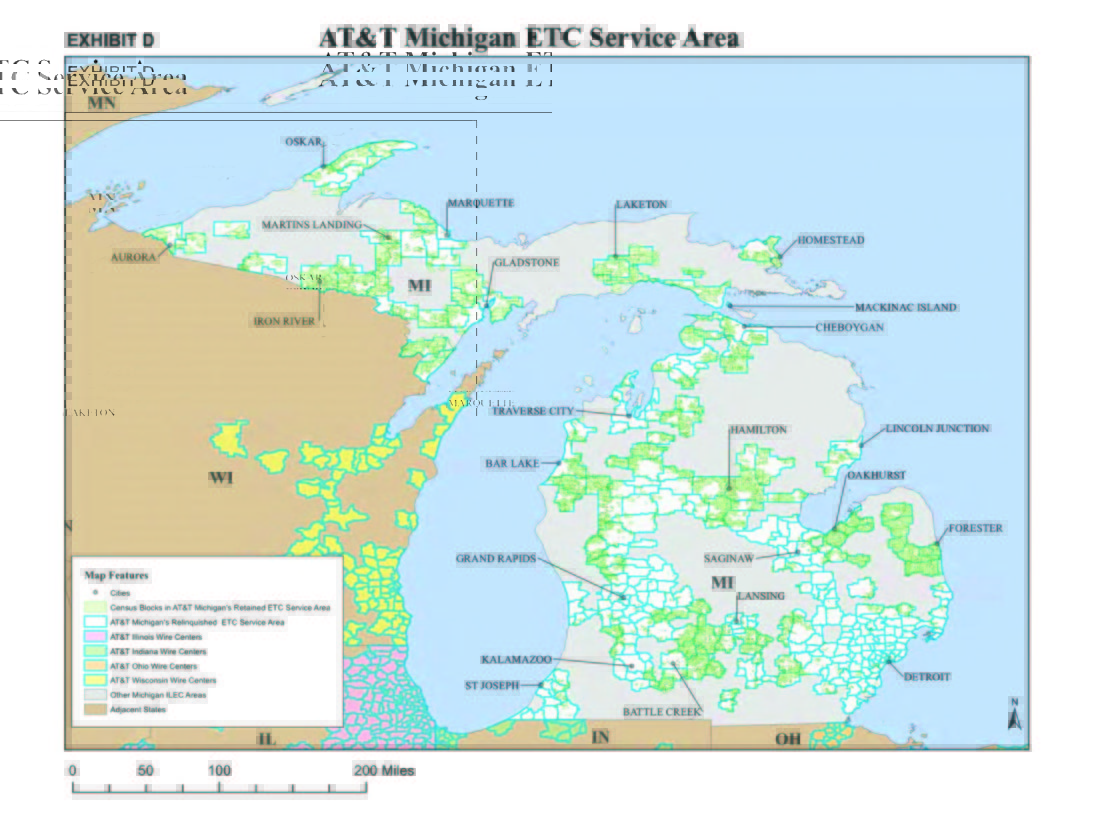 MARQUETTE — Some customers who currently receive a federal Lifeline discount on their AT&T home telephone bill may need to look elsewhere to take advantage of the savings.

AT&T Michigan filed a request with the Michigan Public Service Commission to relinquish its designation as an eligible telecommunications carrier, also referred to as an ETC, for the purpose of Lifeline fund support for the majority of its service area in Michigan, according to a notice published in The Mining Journal on April 27.

“AT&T Michigan is not seeking to discontinue any voice service,” the notice states. “Customers could continue to receive the federal discount if they switch to another ETC in their service area.”

If approved by the MPSC, the request would mark the end of a $9.25 discount for about 4,800 AT&T landline telephone customers in the state. But those subscribers would still be eligible for the state-mandated Lifeline discount of $2 to $3.50 per month.

Other landline service providers have confirmed they would continue the Lifeline discount regardless of the MPSC’s decision on the AT&T request.

Not all Upper Peninsula residents would be affected by the change. In fact, AT&T will remain an ETC in many rural areas in the state, company officials say.

The company’s decision to retain or relinquish Lifeline service in an area is not determined solely by municipality.

“The other Lifeline carriers in Michigan indicated in their applications to the MPSC for ETC designation that they provide service throughout the AT&T Michigan service area, including the service area in the U.P. In fact, at the time of our filing, consumers had a minimum of 11 service providers to choose from in all areas where we requested relinquishment,” said AT&T Michigan representative Teresa Mask. “Some of AT&T’s Lifeline customers may decide to keep AT&T’s traditional voice service without receiving the federal Lifeline discount. Those who decide to select a different provider will have two months to make any transition they choose. Throughout that window, we will provide ample notification to remind customers of the change. In those notices, we will provide information about other providers that offer federal Lifeline discounts. Customers can also contact the MPSC for a list of providers who offer Lifeline discounts.”

The federal Lifeline program was instituted in 1985 to provide a discount on phone services for qualifying low-income consumers to ensure “that all Americans have the opportunities and security that phone service brings,” the Federal Communications Commission website states.

Telecommunications carriers that provide interstate service are required to contribute to the federal Universal Service Fund — which is administered by the FCC in support of the Lifeline program — based on a percentage of their interstate and international end-user revenues.

Some companies choose to cover the USF requirement by passing on a Universal Service charge to consumers as a line item on monthly telephone bills in order to recover the fee directly from subscribers.

Mask said AT&T collects a Universal Service Fee from its interstate telecommunications customers, but she does not expect the amount currently collected to change with any MPSC decision.

“The amount of the federal universal service fee is based on a contribution factor established by the FCC that is applied to the interstate telecommunications portion of a customer’s bill,” Mask said. “The fee supports all of the FCC’s universal service programs, not just the Lifeline program. AT&T does not anticipate any change based on any action by the MPSC.”

Those providers registered as an ETC are permitted to collect anywhere from $9.25 to $25 per month from every low-income customer they serve for the federal Universal Service Fund.

The FCC then returns a portion of the money in the fund to telecommunications companies in the form of a subsidy of up to $10 per eligible low-income subscriber. The remainder of the fund’s monies are put toward rural health care efforts; the Connect America Fund, a broadband initiative for rural communities; and to support affordable broadband service for schools and libraries.

Changes to the federal Lifeline program between 2008 and 2017, in addition to the consumer shift to wireless or cellular phone service, have contributed to a 94 percent decrease in landline Lifeline subscribers in Michigan, AT&T’s MPSC filing states.

“At the end of 2017, AT&T was serving just 1.2 percent of the Lifeline subscribers in the State — in other words, almost 99 percent of Lifeline discount from an ETC other than AT&T,” the filing states. “There should be no concerns with AT&T relinquishing its ETC status when so many other ETC’s are serving Michigan consumers.”

The FCC adopted a comprehensive reform and modernization of the Lifeline program to include broadband as a support service on March 31, 2016. The federal order also set minimum service standards for Lifeline-supported services, the site states “to ensure maximum value for the universal service dollar.”

Before making a decision in the case, the MPSC is seeking feedback from both consumers and other ETC service providers in the areas that AT&T seeks to relinquish its designation.

The MPSC will accept comments on the request until 5 p.m. June 1, according to the order. All comments should reference Case No. U-20064, and may be submitted electronically at the MPSC website www.mi-psc.force.com/s/, by sending an email to mpscedockets@michigan.gov or by mail addressed to Executive Secretary, Michigan Public Service Commission, P.O. Box 30221, Lansing, MI 48909.