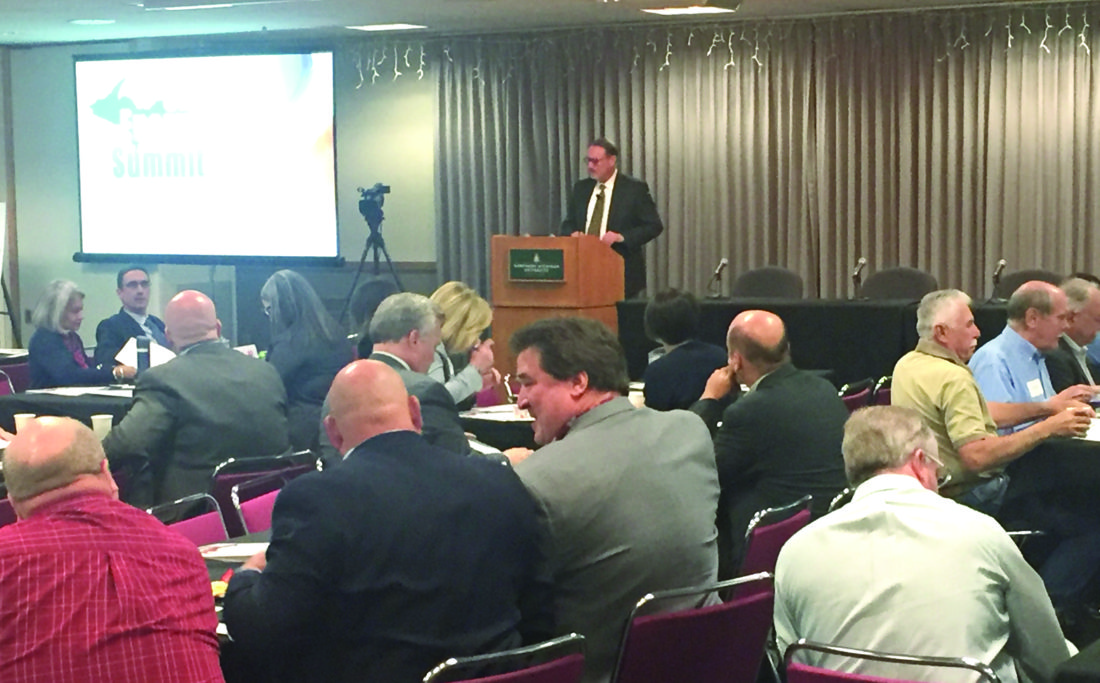 MARQUETTE — Hundreds of state and local officials, energy industry leaders and others gathered today to share perspectives on local, state and regional energy initiatives at the Upper Peninsula Energy Summit.

The event was held in the Great Lakes Rooms at Northern Michigan University.

Talberg is expected to discuss the effects of legislation passed in 2017.

“The laws call for a commitment to renewable energy, comprehensive and transparent long-term energy planning, a focus on infrastructure, cutting energy waste and utility accountability,” Talberg said in a guest column in Tuesday’s edition of The Mining Journal.

The event also expected to include an update from Enbridge, the owner and operator of Line 5, as well as a presentation from the Upper Peninsula Power Co., in addition to a transmission update from representatives of the Mid-continent Independent System Operator and the American Transmission Co.