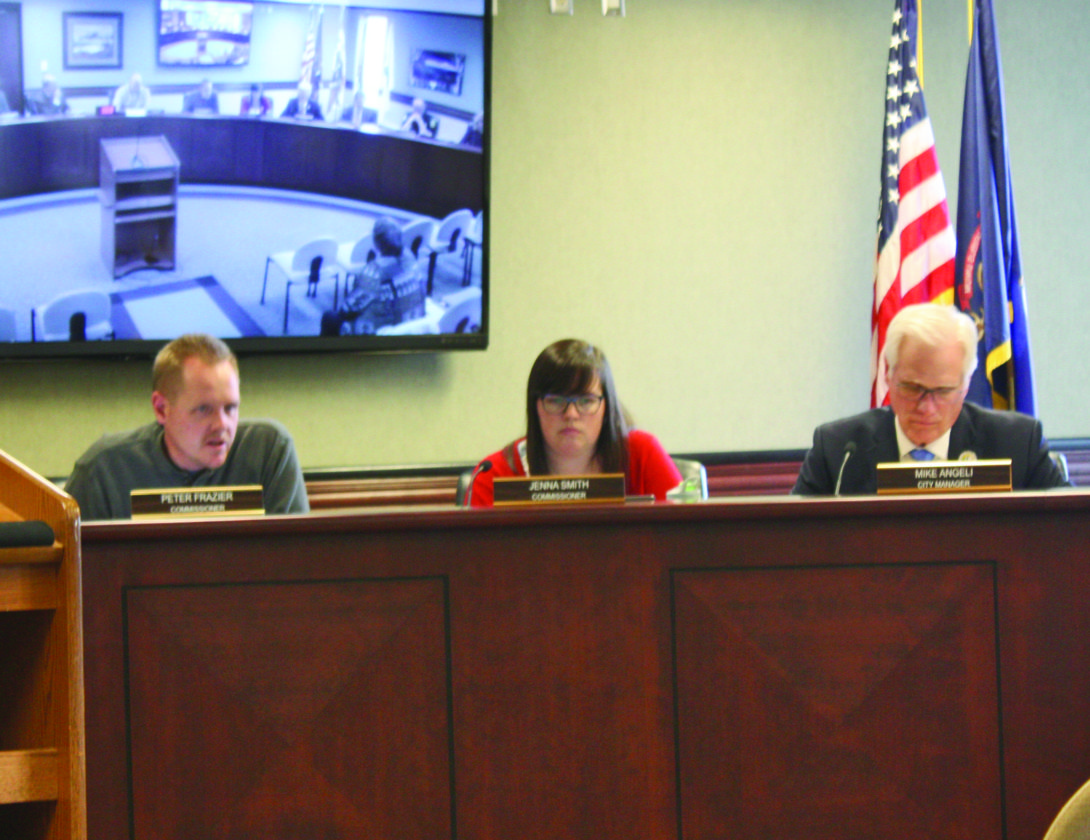 MARQUETTE — The $1.5 million reconstruction of College Avenue in Marquette, originally scheduled for this year, has been delayed until the future of UP Health System-Marquette’s current facility can be determined.

Since the city has several construction projects slated for the future, the Marquette City Commission on Monday unanimously made the decision to reallocate the funding for College Avenue’s reconstruction, which was scheduled for fiscal year 2017-18.

Duke LifePoint’s subsidiary, UP Health System-Marquette, is in the process of constructing a new hospital along Baraga Avenue, but the future of the old hospital located along College Avenue is currently unknown, according to notes found on the city’s website.

Marquette City Manager Mike Angeli suggested the reconstruction project be postponed until a “more certain future for the property is known” so that an assessment of its infrastructure can be completed.

The funds previously allocated for the reconstruction of College Avenue total slightly more than $1.58 million and will be distributed as follows: $250,000 be used as contingency funding for projects on Presque Isle Avenue, Fifth Street and Homestead Street; $1 million to the Lighthouse Enterprise Fund; and $330,020 to the Shiras Park Restoration Project.

Two members of the public expressed concerns over the funds being reallocated, but Angeli said it makes the most sense to fund the other projects because UP Health System-Marquette will be moving out of its current building soon.

“This College Avenue project has been in the capital improvement plan for some time but it’s been part of our normal, annual capital improvements, based on the deed for the city and the fact that Marquette General (Hospital), or Duke LifePoint was at that location,” Angeli said. “I’d estimate 90 percent of the property is owned by the hospital. Knowing full well through our communications with the hospital that they’re going to be beginning their transition later this year … to the new facility, it didn’t make sense in my mind to spend $1.5 million on a piece of road which basically would have 90 percent of it evacuated or no longer used by the hospital.”

Matt Luttenberger, of Marquette, said College Avenue has needed a facelift for years and it’s unfortunate the city won’t be going along with the initial project.

“I do think the College (Avenue) reconstruction would have benefited more than just city population. The school buses in particular go up and down that road,” Luttenberger said. “The hospital road that you guys are discussing further on, that needed to be done a long time ago. I have a hard time any time a city changes a plan and this is a plan … You have all devoted your time and efforts to it.”

Marquette resident Frank Jeff Verito said Luttenberger brought up several good points, adding that he wondered “where the funds might come from once the current hospital site is repurposed and College Avenue is ready for reconstruction.”

Commissioner Mike Plourde said many people in the community agree that reallocating the funds is the right thing to do.

“It’s been spoken to me from a number people out in public that we shouldn’t put money toward College Avenue until the plans of the old hospital are actually in place,” Plourde said. “As far as Shiras Park Restoration Project is concerned, that money is to get the park open and running for this year. Certainly it’s going to take a lot more money to improve it to where it needs to be improved, but I can tell you that the city offices are looking for grants and are very, very good at getting those grants, and I for one, as a city commissioner, support all the grants that we can get from anywhere, and I encourage our city staff to push for those grants.”

Commissioners Paul Schloegel and Peter Frazier agreed that the reallocation is “proper,” with Frazier adding that it’s “a good idea to move funds around.”

“We’re going to fix College Avenue eventually, once we figure out what we’re going to do with the hospital,” Frazier said.

Mayor Dave Campana said the “vast majority” of streets in the city could be “redone” but it’s a matter of priority and the priorities have “shifted.”

“We need to get Shiras Park open,” he said. “To me, Presque Isle Avenue is just a horrible road — it’s as bad as any road in the city, so it just makes sense to transfer the money and everybody wants to see the lighthouse property up and running. I’m satisfied with this motion (and) I think it’s being wisely used.”