Mariucci in town to help with Beacon House fundraising 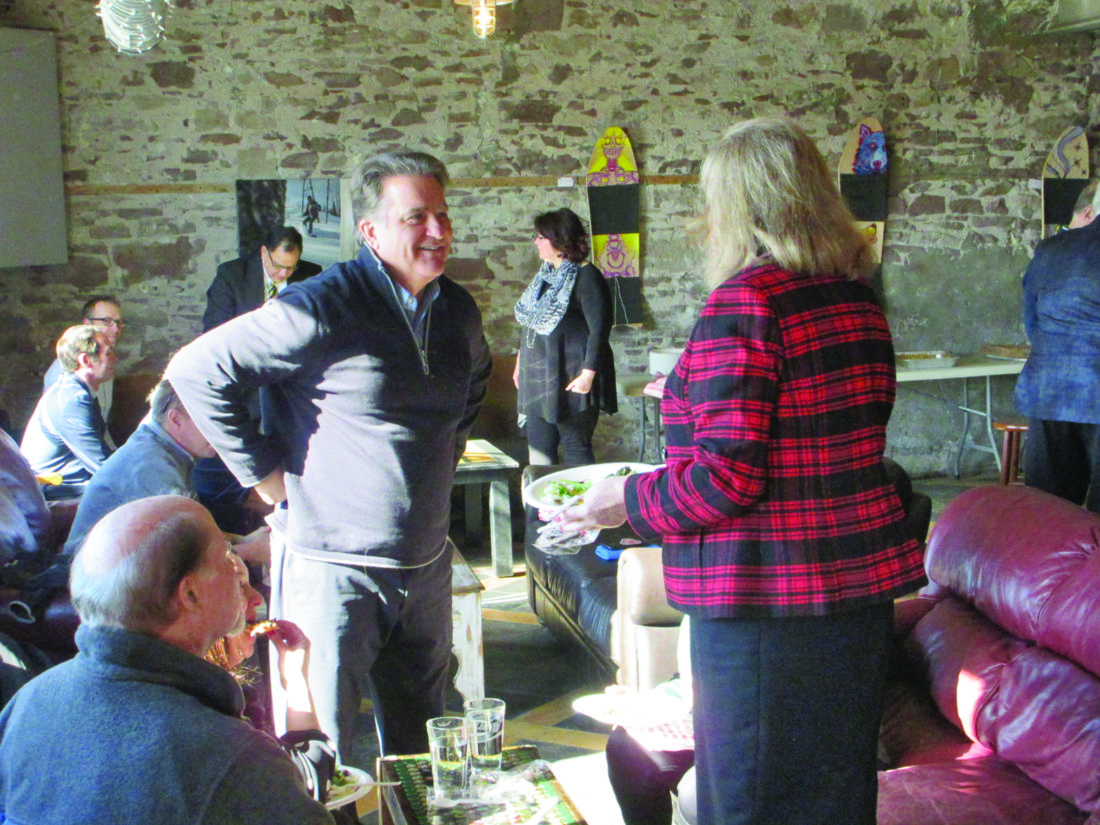 MARQUETTE — Steve Mariucci was at the Ore Dock Brewing Company in Marquette on Monday working with community leaders to develop fundraising ideas for the Beacon House Legacy of Love campaign.

The goal is to build a facility near the new UP Health System-Marquette hospital to be used by families and patients receiving critical care.

The former Detroit Lions coach and Upper Peninsula native helped launch the campaign in 2016 with his own personal donation of $150,000.

The organization ultimately hopes to raise $7 million to build a new Beacon House facility facing Seventh Street between Washington and Spring streets near the new hospital in Marquette. When all phases of the project are completed, the facility will provide 60 rooms for patients and caregivers to stay.

“We need to brainstorm how we are going to build this,” Mariucci said. “It’s going to take $6 (million) or $7 million in two phases, maybe three. But to get a shovel in the ground we’d need around $3 million. So, obviously, the sooner the better for the people that need this facility.”

When the $3 million in pledges is reached, the first phase of construction will begin starting with the first 20 guest rooms, registration lobby, kitchen and dining room, cancer lounge, guest lounge and conference rooms, but $2.5 million is still needed to begin the project.

“The hospital has given us 1.9 acres of land to do this,” Mariucci said. “We we are committed to make it bigger and better and more convenient for them right next to the hospital. We are asking for the community’s support, we need the community support, and we’ll go from there, but we are very optimistic that we will get that done.”

“It’s very rewarding to go through there, meet the people that are staying there and need it so much,” Mariucci said. “We want to continue that and make it better.”

One of the ways Beacon House officials intend to get it done is by offering naming opportunities to donors.

“We are going to start putting naming rights on the rooms, kitchen, cafeteria, the lounges, the building itself,” Mariucci said. “People can contribute and put their name on the wall and say, ‘I helped this place out.’ We’ll begin by doing that.”

The existing 33-room Beacon House facility on Third Street went on the market in August and has generated some interest, Mariucci said.

“Some of the equity that we have in that building will go towards this new building, but we are very short of our goal with that,” he said.

The nonprofit organization is asking for $1.5 million, the same amount borrowed to create the Beacon House from the Village Inn 15 years ago.

The Hospitality House of the Upper Peninsula, the official name of the nonprofit, still owes nearly $800,000 to Range Bank for the Third Street location, officials said. Once the building is sold and the loan paid off, the remaining funds will go toward financing the Beacon House’s new building.

Beacon House staff will continue to operate the 11 hospitality rooms with 21 beds at UPHS-Marquette if the existing building along Third Street is sold before the new facility opens, with staff members working together to find patients and families places to stay if the hospitality rooms are at capacity.

While Beacon House does not have medical staff on duty, nor does the facility provide medical treatment or services, the services it does provide are crucial to patients and their families who need to travel long distances for medical care.

Mariucci said he is confident the community will rally around the project, and the job will get done.

Individuals with questions about the organization or who would like to donate, should visit Beacon House on the web at www.upbeaconhouse.org or call 906-225-7100.