New study suggests lynx may once again do well at site 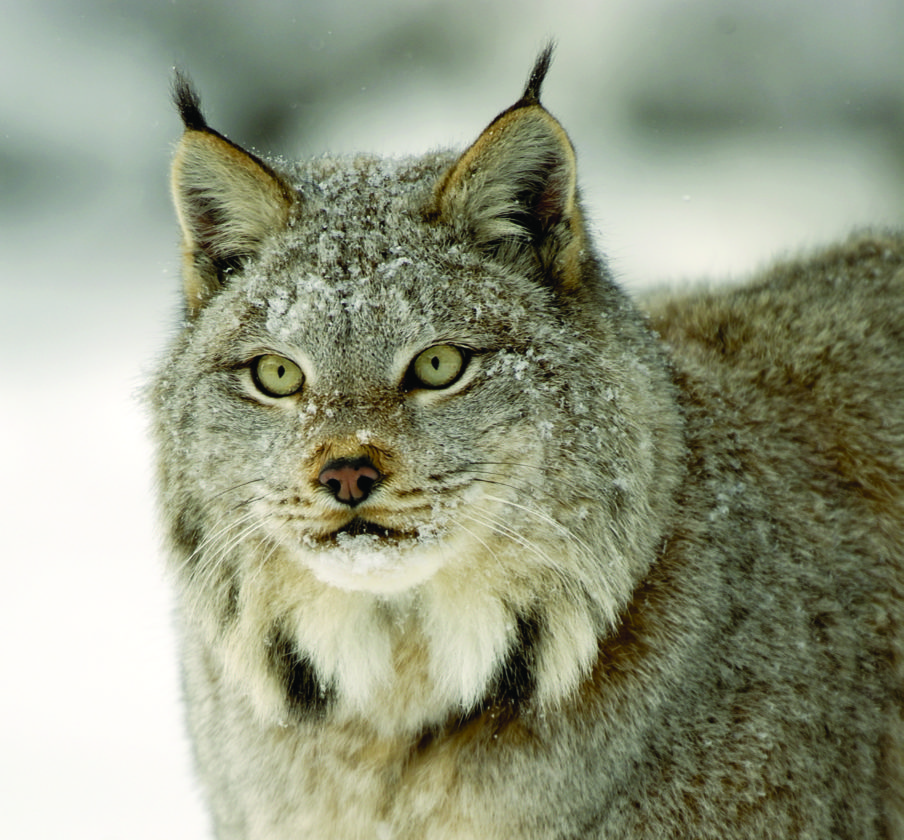 A Canada lynx is pictured. A recent study has found that the species, which disappeared from Isle Royale National Park about 80 years ago, may do well if reintroduced there. (Photo courtesy of the Michigan Department of Natural Resources)

LANSING — Can the Canada lynx return to Isle Royale and survive there?

The most likely answer is “yes,” according to a new study of the feasibility of reintroducing a predator that’s been gone from the national park in Lake Superior since the 1930s.

There is a high potential for a successful lynx reintroduction to Isle Royale if the animals are appropriately monitored and managed, according to a research team from the National Park Service and the University of Minnesota Duluth. Most likely they’d be brought in from Ontario.

Bringing back the lynx means “Isle Royale could continue its long and storied tradition as a site that leads to a better understanding of wildlife ecology and conservation,” the study said.

Wolves, which are currently the top-tier predator species on the island, arrived there in 1949. Since then they have been decimated by inbreeding, disease and harsh winters. With only two wolves now believed to be surviving, there’s ongoing debate about whether the Park Service should relocate wolves onto the island.

“The wolf plan/environmental impact statement in still in progress. We expect to have the final decision late this fall or early winter,” said Elizabeth Valencia, the Isle Royale National Park cultural historian. “The preferred alternative, identified in the public review draft earlier this year, is to bring in wolves.”

Daniel Licht, the lead author of the new study and a Park Service regional wildlife biologist, said conflicts between wolves and lynx on the island are unlikely because they eat different animals. Wolves eat moose and deer while lynx prefer snowshoe hares and sometimes squirrels.

The two species coexist in arboreal forests — dense, lush wooded areas with mature tree canopies — in other parts of North America, including Canada and Alaska, he said.

A 2016 Park Service feasibility study reported, “Wolves are likely dominant over lynx. However, the degree and type of interaction between the two species is mostly unknown and probably negligible.”

Whether the Park Service should reintroduce the lynx is a separate question for scientists, natural resource managers and policy makers.

Because 99 percent of Isle Royale is a federally designated wilderness where motorized vehicles, hunting and trapping are banned, lynx wouldn’t be at risk of death from hunters or collisions with motor vehicles, according to the study published in “Natural Areas Journal.”

That contrasts with the experience in Colorado, where lynx were reintroduced in 1997. There, firearms and vehicles are blamed for 32 percent of known lynx deaths. Plague — a disease absent from Isle Royale — caused 7 percent of the known deaths.

Caribou and lynx were originally the largest mammals on the island, but caribou were wiped out in the 1920s. Another predator, the coyote, colonized the island in the 1900s but disappeared in the 1950s.

Moose colonized Isle Royale in 1909, and the most recent survey by Michigan Technical University estimated their number at 1,600.

The new study said the island’s former lynx population may never have been self-supporting but could have sustained itself as more migrated across the ice bridges from the mainland, improving genetic diversity.

It’s unlikely but not impossible that lynx would be able to return to the island without human intervention, the study said. That’s because ice bridges between Isle Royale and the Minnesota shoreline about 14 miles away are significantly less common than in the past, although there was one in 2015.

In fact, Licht said, there have been occasional reported lynx sightings since the 1940s, most likely animals that arrived over ice bridges but either returned the same way or died on the island.

If lynx were brought back, periodic introduction of additional animals might still be necessary to maintain viability of the population the study said.

According to the study, introduction of one male and one female every 10 years would dramatically increase the probability of the species’ long-term survival there and reduce inbreeding.

That makes “intuitive biological sense,” the researchers wrote, but added that such a timetable should change if monitoring finds undesirable levels of genetic diversity. If that happened, more lynx brought in from the mainland could refresh the gene pool.