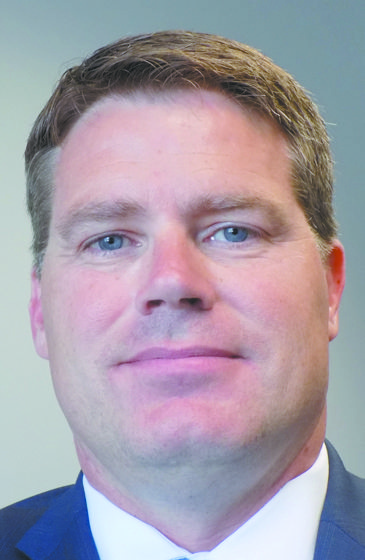 MARQUETTE — “Economic gardening tools” have their place in the Marquette region.

Sean Carlson, director for the Michigan Defense Center, based in downstate Sterling Heights, was in Marquette Wednesday to promote the MDC’s Protect and Grow Initiative as well as connect Michigan’s companies and workforce with the needs of the U.S. defense industry.

Protect and Grow is a strategic plan for Michigan’s defense and homeland security economy.

Sean Carlson, executive director with the Michigan Defense Center, said that in 2006, the Michigan Legislature created the MDC, which wanted people to recognize the importance of the defense industry on par with other industries such as agriculture and tourism.

He pointed out President Franklin Delano Roosevelt coined the term “Arsenal of Democracy” because Michigan had the knowledge to “get things done” at the onset of World War II.

That term transferred to the “Arsenal of Innovation.”

“The battlefields have changed, the enemies have changed but the know-how, the research and development, still exist here in Michigan,” Carlson said.

In 2014, at the direction of Gov. Rick Snyder, the Michigan Economic Development Corporation and the Department of Military and Veterans Affairs came together to support the MDC, with Fritz Erickson, president of Northern Michigan University, serving on the Governance Board.

Protect and Grow is a governor’s initiative.

“We came together in part because of fear — fear of losing another military asset in Michigan,” Carlson said.

One of those losses was K.I. Sawyer Air Force Base in the 1990s.

Michigan’s defense economy, according to the MEDC, includes 105,000 defense-related jobs, with the sector producing $9 billion in products and services annually. Michiganders involved in defense industry also earn $9.7 billion every year.

There are many recommendations involved in the initiative, and Carlson mentioned one of them is to target and invest resources in aerospace, advanced manufacturing, 3-D print and autonomous systems.

That targeting of resources is the focus of a grant recently awarded to NMU.

NMU’s Continuing Education and Workforce Development Department, along with its Center for Rural Community and Economic Development, were awarded a Defense Industry Growth Grant through MEDC, which operates the MDC.

“The effort of this grant will assess the current ecosystem as it pertains to certain identified defense and homeland security sectors and identify ways to enhance and/or grow the ecosystem throughout the Upper Peninsula,” said Stephanie Zadroga-Langlois, NMU director of Continuing Education and Workforce Development, in an email. “The outcome will likely be an increase in the number of jobs, business opportunities, business growth and new business within these identified sectors within the U.P.”

Upper Peninsula programs in support of Service-Disabled Veteran-Owned Small Business firms, whether directly tied to these defense and homeland security sectors or independent of them, will be critical, she said.

The NMU grant for $125,000 is to help NMU understand defense contractors in the U.P., Carlson said. They include Northern Wings Repair in Newberry, which he said recently picked up a $1 million contract from Lockheed Martin.

“What we’re trying to do at the Defense Center is get economic development organizations across the state to really understand the defense industry in their backyard,” Carlson said.

He visited NMU Wednesday to show what he called “economic gardening tools” such as the Bid Targeting System and Proposal Writing Services to help companies re-engage with federal contracts.

“It’s a very high barrier of entry to doing business with the Department of Defense,” Carlson said.

For example, the Bid Targeting System helps companies identify the right opportunities to go after contracts.

More government contracts then help companies diversify their business portfolio as well, which can help in a down economy, he said.

“We’re doing well right now, but now’s the time to look at this,” Carlson said.

Carlson said NMU will identify which emerging areas will be a good fit, with cybersecurity being particularly important.

“We talked a little bit today with them about potentially working with the high schools to build some cyberhubs,” Carlson said of the Wednesday NMU visit. “It’s very important for that pipeline to start to be developed.”

And that’s in big demand.

He acknowledged high schools are looking at this field because certifications — not a four-year university degree — could lead to a $110,000-120,000 job offer.

It’s the MDC’s mission, he said, to help cultivate such potential.

“I’m a big believer in the opportunities that exist up here,” Carlson said.