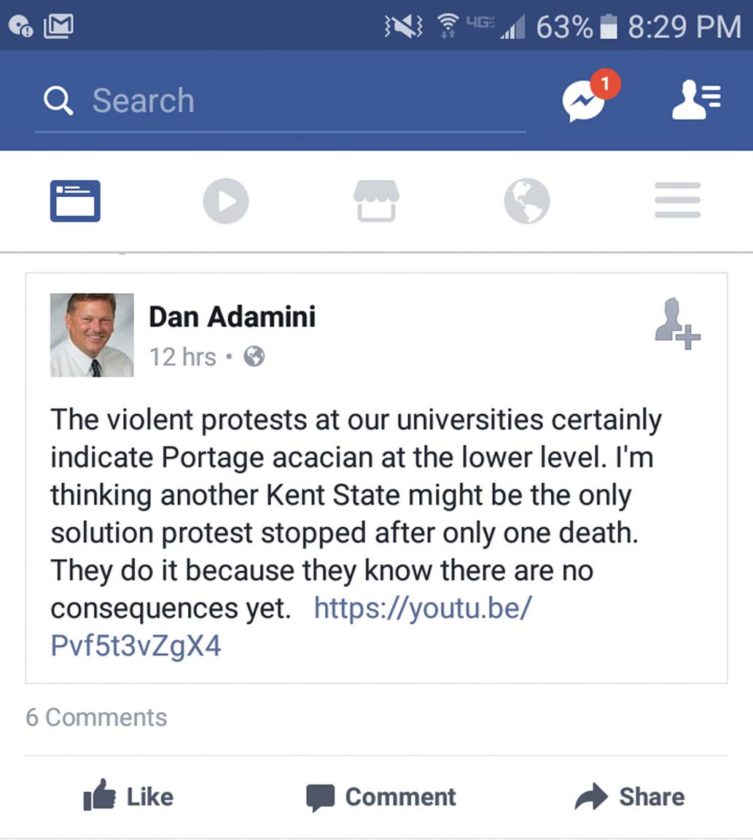 MARQUETTE — Dan Adamini today resigned from his role as secretary of the Marquette County Republican Party.

“I have always been intent on being helpful to anyone I associate with, and at the moment, all the hatred and anger and threats are being directed not only to me, but to other members of the party,” Adamini said. “It’s made it impossible for me to be helpful. The desire to not be a distraction and a hindrance to the work of the party is what prompted me to do this.”

The former official has made national headlines for controversial social media posts suggesting “another Kent State might be the only solution” to the recent violent protests at the University of California-Berkeley.

“I was hoping I didn’t have to call a meeting and force (his resignation),” Biolo said, adding that Adamini’s resignation was unprompted. 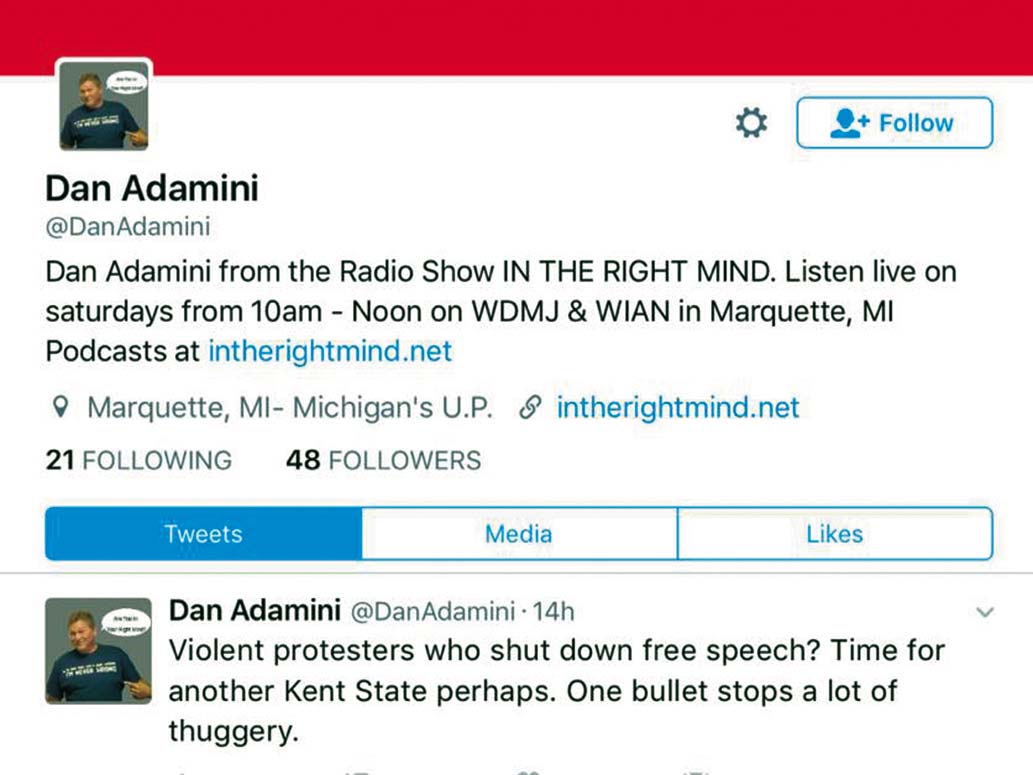 “We’re sad about the situation, and we accept his resignation,” he said. “As I’ve said before, we don’t condone any of his actions.”

Biolo said party officers will meet to discuss possible replacements in the near future.

Adamini said he hopes his resignation will divert negative attention away from the party.

“It’s bad enough that I was a target, but everyone who is associated with me is now suffering and that’s not right,” he said. “I’m hoping this will help stop the angry, hateful threats.”

While he’ll no longer be serving the Marquette County Republican Party in any official capacity, Adamini said he will continue to support its work.

“I will always support the party as long as it continues to support smaller, more efficient government and encourage an environment where small businesses can thrive and grow,” he said.