Temperatures: The average temperature Thursday at the National Weather Service office in Negaunee Township was 58 degrees, 3 degrees above normal. The high Thursday was 67 degrees and the overnight low was 48 degrees.

Marquette and vicinity: Today: Mostly sunny, with a high near 72. Northwest wind 10 to 15 mph, with gusts as high ... 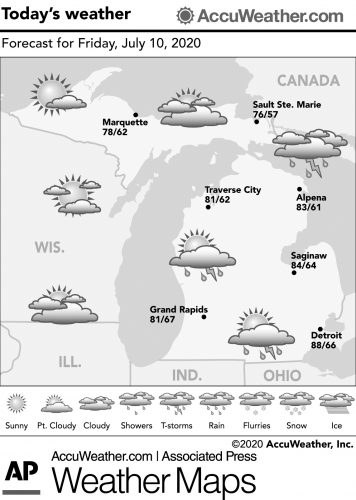 MARQUETTE — The Kaye E. Barker is expected at 5 p.m. today at the Lake Superior & Ishpeming ore dock in ...

By the Associated Press DETROIT — These Michigan lotteries were drawn Thursday: Poker ...