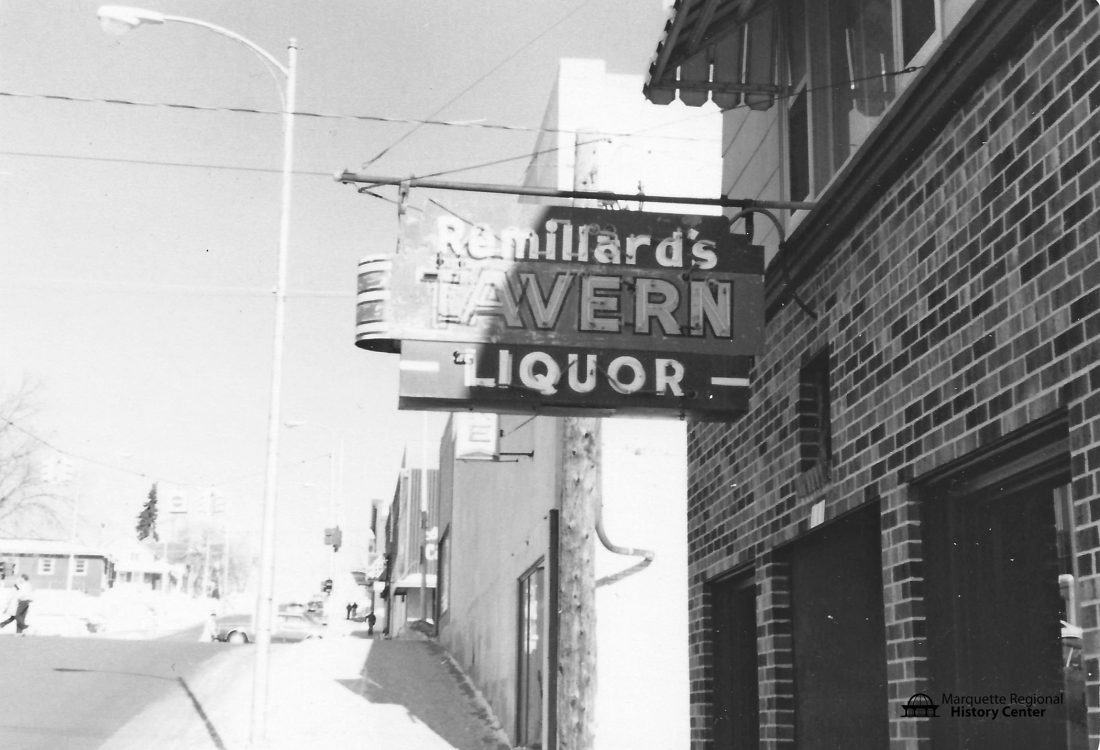 Remillard’s Tavern, circa 1982, is pictured. (Photo courtesy of the Marquette Regional History Center)

Remillard’s Tavern, circa 1982, is pictured. (Photo courtesy of the Marquette Regional History Center)

South Third Street circa, 1900-1915, is seen with John V. Lustilla’s Saloon on the left. (Photo courtesy of the Marquette Regional History Center)

MARQUETTE — Federal Prohibition began 100 years ago on Jan. 17, 1920, when the Volstead Act went into effect. This law created a process for enforcing the Eighteenth Amendment to the Constitution, which banned the production, transportation, and sale of alcoholic beverages in the United States.

Today, Marquette is home to many good bars, and trade in beer, wine, and spirits is strong. The number and diversity of drinking establishments is remarkable for a small city. Indeed, vibrant nightlife is part of the essential character of our hometown.

As we reflect on the heritage of bars and nightlife in Marquette, consider Remillard’s Tavern, located at 111 S. Third Street, the corner of Third and Main streets. Local nightlife historian Jim Koski has described Remie’s as the oldest continuously operating bar in Marquette.

He states that a bar opened in this location in 1881, run by proprietor Napoleon Barry. The 1884 Sanborn Fire Insurance Map of Marquette indicates that the name of the establishment was Traveler’s Home. It was a boarding house rather than just a bar, but in those days boarding houses would have served food and alcohol to guests. 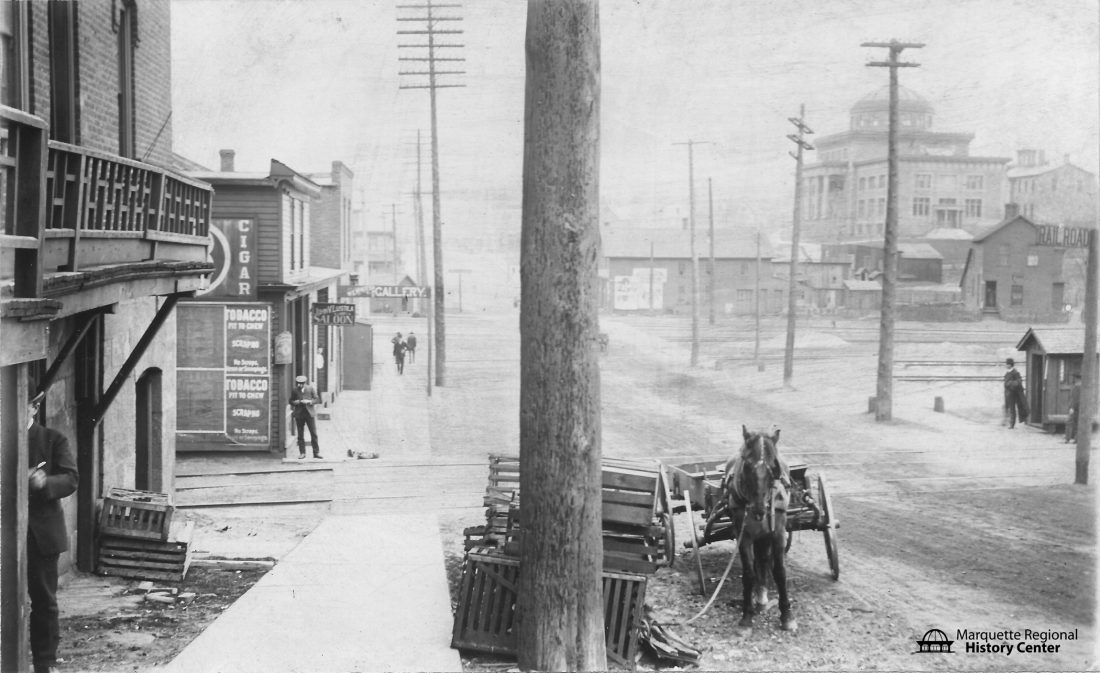 South Third Street circa, 1900-1915, is seen with John V. Lustilla's Saloon on the left. (Photo courtesy of the Marquette Regional History Center)

It is fair to say that Remie’s probably operates on the site where alcohol has been commercially served the longest in Marquette. Indeed, it may be the case that the Traveler’s Home was established earlier than previously thought.

There is a listing for the Traveler’s Home in the 1873 Beard’s Directory of Marquette County, though the location is not specified. At this earlier date, the proprietor was Pat O’Kief, and the Traveler’s Home is listed as the place of residence for a number of laborers with Irish surnames. It is likely that the space that is now Remie’s began commercially serving alcohol as an Irish boarding house sometime around 1873.

Despite the passage of laws banning alcohol sales, the liquor trade continued at 111 S. Third Street. Leander Winkka maintained a soda foundation on the site. He secretly sold liquor on the side for $10 a quart, a crime for which he was arrested, as reported in the March 25, 1919 edition of The Mining Journal.

Interestingly, Leander Winkka is listed as living at 206 W. Bluff St. with his brother John Winkka in the 1920 Polk Marquette County and City Directory. John Winkka was a tailor. During Prohibition, tailor shops were sometimes used as fronts for selling booze.

Customers would leave with bottles hidden in clothes, avoiding detection by neighbors and law enforcement officers. The liquor trade may have been a Winkka family business throughout Prohibition. Further research is merited.

When Prohibition ended in 1933, local prison guard John Baptiste Remillard purchased the business. The tavern stayed in the Remillard family for three generations. It is now owned by a new family, but the current owners kept the classic Remillard’s Tavern name.

Today, Remie’s remains a Marquette institution. It is one of the friendliest places in town to get a beer and is particularly lively late at night. It is kept by the most efficient bartenders in the business, serving an eclectic crowd of NMU students and locals.

Next time you’re at Remie’s, think about all the people through the decades who have enjoyed a drink in that historically rich space. Raise a glass to local history, Marquette’s rich nightlife heritage, and the freedom to enjoy a drink 100 years after federal Prohibition began.

Ask your bartender about the history of Remie’s. There are many more stories to be told about this venerable Marquette tavern.