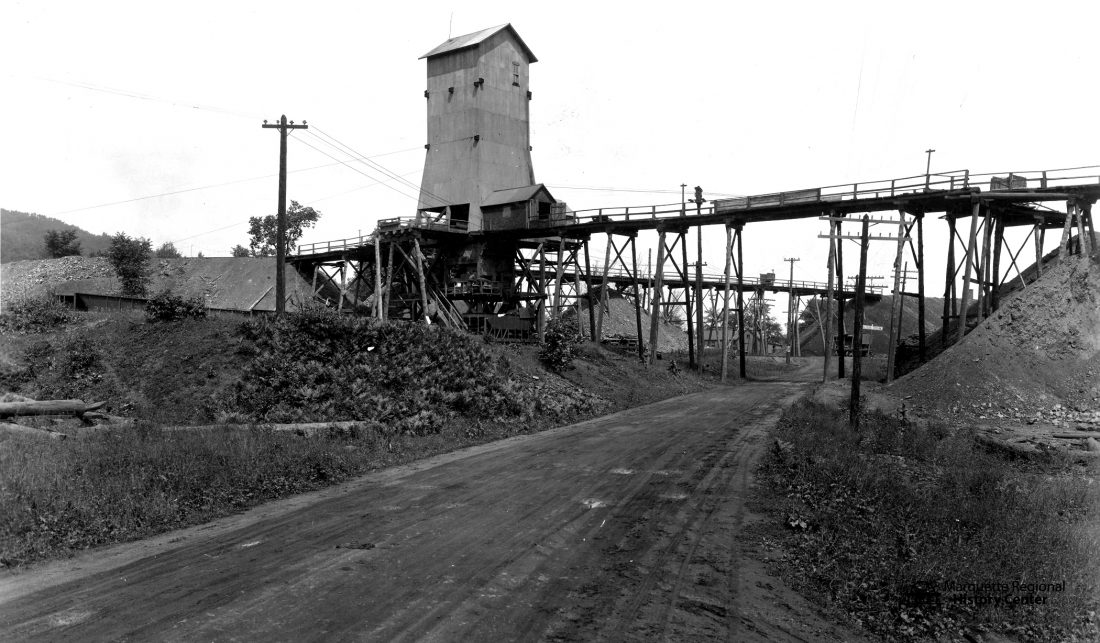 The Rolling Mill Mine in Negaunee, circa 1917-1918, is pictured. (Photo courtesy of the Marquette Regional History Center)

Editor’s note: This article was adapted from one that was originally published in the USW Local 4974’s The Miners’ Voice, August 1982

NEGAUNEE — “A mining accident attended by the greatest loss of life in the history of the Marquette Range occurred at the Rolling Mill mine, located one and a half miles south of Negaunee yesterday morning. Nine lives were snuffed out in the twinkling of an eye, one of the victims died later at the hospital, and of the six injured, probably four will not survive.” — Ishpeming’s Iron Ore newspaper.

These were the grim words which met the eyes of the readers the day after a terrible accident at the Rolling Mill mine in Negaunee on Sept. 20, 1907. Not since the winter of 1902 when 10 miners perished in the Negaunee Mine disaster had so many lifeless and mangled bodies been taken out of a single mine on any one day.

At three minutes to seven on Friday morning, 16 miners had just stepped into the first cage at Jones & Laughlin’s Rolling Mill Mine, waiting to be lowered into the mine to begin their day’s work.

The cage was resting on clutch supports at the top of the shaft. When the signal was given to begin the 600-foot descent, the brakeman in the engine house loosened the brake band and threw in the hoisting band to lift the cage a foot or two so that the clutches could be released.

The speed of the miners’ descent would then be regulated by the band friction brake encircling the hoisting drum in the engine house. As soon as the cage was in position, the men in the shaft house quickly withdrew the clutches. At that moment, the cage suddenly took off on a sheer drop towards the bottom of the shaft.

Without warning, the cage’s hoisting cable began to unwind from the drum at an alarming rate, and the brakeman was struck immediately with the unimaginable horror that he had somehow lost control of the cage.

The brakeman quickly threw his whole physical force upon the brake wheel in an effort to check the speed of the runaway cage. One of his fellow workers rushed to his assistance, but even with the two men tugging with all their strength, the brake band seemed to be of no avail in retarding the revolutions of the drum.

In a last-ditch effort to save the doomed miners, the engineer “threw in” the hoisting gear. However, by this time the free-falling cage had attained such a terrific speed, that this final and desperate act had no effect on its descent whatsoever. The men in the engine house were now helpless to save their comrades from the impending tragedy.

Down below, at the 621 foot level of the mine, a number of night shift miners were standing near the shaft entrance waiting to be taken up. Suddenly they heard the strange sounds of the cage’s rapid descent.

In the bat of an eyelash, the cage streaked past the horror-stricken miners and crashed through the heavy 12 by 12 timbers which had covered a 20-foot deep sump. The ill-fated cage with its human cargo finally disintegrated as it smashed into the floor of the shaft after a fall of 643 feet.

Back on the surface, the heavy steel cable continued to run off the drum at its fearful rate of speed. As it did so, the surface miners scrambled for their lives as the surging cable ripped out a portion of the machinery house and tore down all of the pulley stands between the engine house and the superstructure.The steel rope then freed itself of the drum and 1,700 feet of trailing cable came crashing down upon the already helpless victims who were pinned in the wreckage at the bottom of the shaft.

As soon as the danger from the falling cable had passed, the night shift miners near the bottom of the mine rushed to the aid of their unfortunate comrades. With super human effort they worked as quickly as they could to free the injured and dead miners from the wreckage.

Next week’s article will cover the accident’s aftermath. 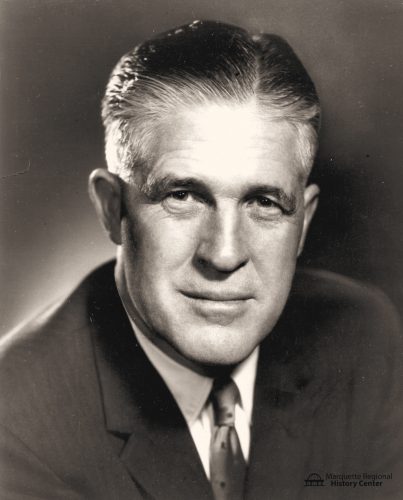