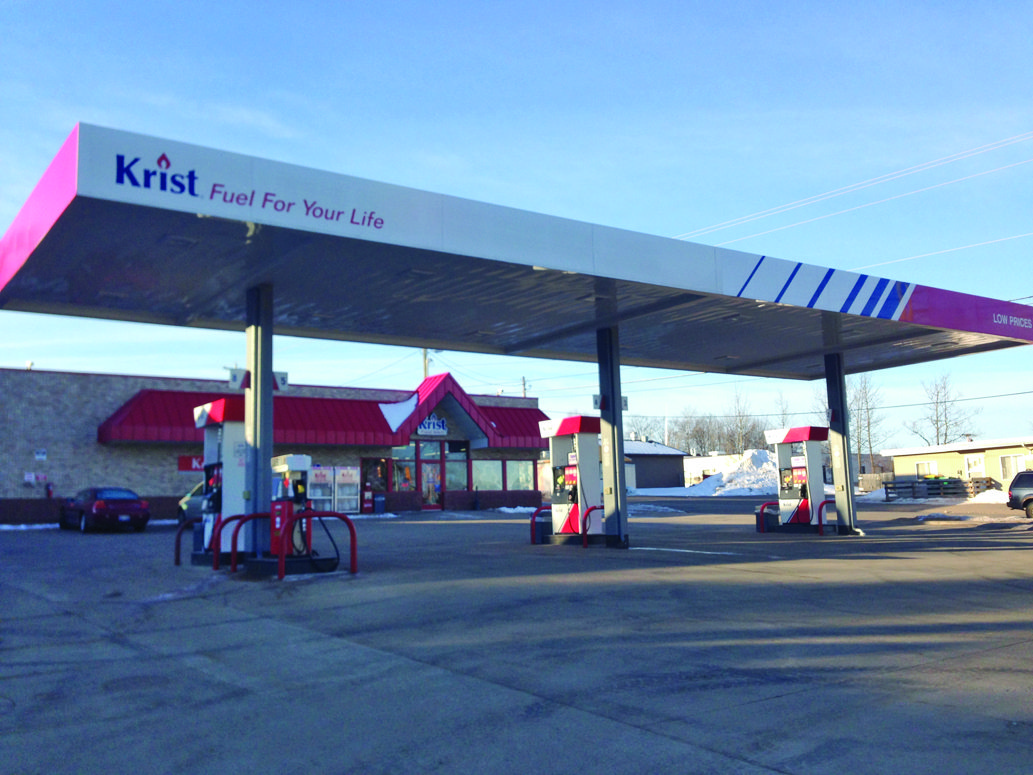 Around 180 gallons of gasoline was spilled around 4:30 p.m. on March 4 at the Krist Oil Co. gas station at 1110 Lincoln Ave. in Marquette, according to the Michigan Department of Environmental Quality and the Environmental Protection Agency. Officials said the spill was caused because the overfill alarm for the station’s underground tank was not working, due to a manufacturer defect. Since the spill, the alarm has been replaced and repaired, with the station passing a compliance inspection on Monday, according to the EPA. (Journal file photo)

MARQUETTE — Officials have released further information on clean up and repairs related to the March 4 gasoline spill that occurred at the Krist Oil Co. gas station along Lincoln Avenue in Marquette.

The spill occurred around 4:30 p.m. when a tanker truck was delivering gasoline to an underground storage tank at the station and an overfill condition occurred. This led to gasoline spilling into the street and leaking into the storm drain system, according to information provided by the Environmental Protection Agency and the Michigan Department of Environmental Quality.

Though the EPA said the fuel loss was originally estimated at 400 to 700 gallons, the Michigan Department of Licensing and Regulatory Affairs said about 180 gallons of fuel were lost in the spill. The station was able to determine the amount of fuel lost through its inventory control process.

LARA officials said in an email that the spill occurred because the overfill alarm for the station’s tank was not working. The alarm was not operating due to ice found in the alarm box, which was a result of a manufacturer defect.

Since the spill, the alarm box has been replaced, and all repairs were completed at the station on Friday, according to LARA.

The station was re-inspected Monday for compliance with underground storage tank regulations and found to be in compliance.

The initial response to the incident was provided by the Marquette City Fire Department and Department of Public Works and Utilities. Sand was hauled to the scene to absorb the gas that had pooled on the 1000 block of West College Avenue. The surrounding streets were closed and homes in the immediate area were evacuated for several hours.

Streets had reopened on March 5, but crews worked through the week following the March 4 spill to clean and monitor the sewer system and its outlets, finishing the sewer cleanup on Thursday, said Jay Parent of the DEQ.

The affected catch basins and manholes along the storm sewer route were cleaned out with a vacuum truck. The sewer line was also flushed and water removed from the system was taken away via truck, Parent said.

According to the EPA, absorbent booms were also placed at the storm sewer’s outlet, near the outlet’s confluence with the Dead River.

Since the spill, officials have been monitoring the Dead River for potential contamination. As of Monday, Parent said that contamination has not been detected; however, monitoring will continue.

In addition to cleanup of the sewer, further cleanup has been performed in the immediate area of the spill, according to LARA.

The concrete in the area where the spill occurred was removed by the owner, along with the soil beneath the concrete. The soil was then tested until it was clean, then the concrete was re-poured over the area.

LARA officials said field instruments did not detect contamination in the soil or air in the surrounding area, with final lab results pending.

Officials from Krist Oil Co. could not be reached for comment regarding the incident.