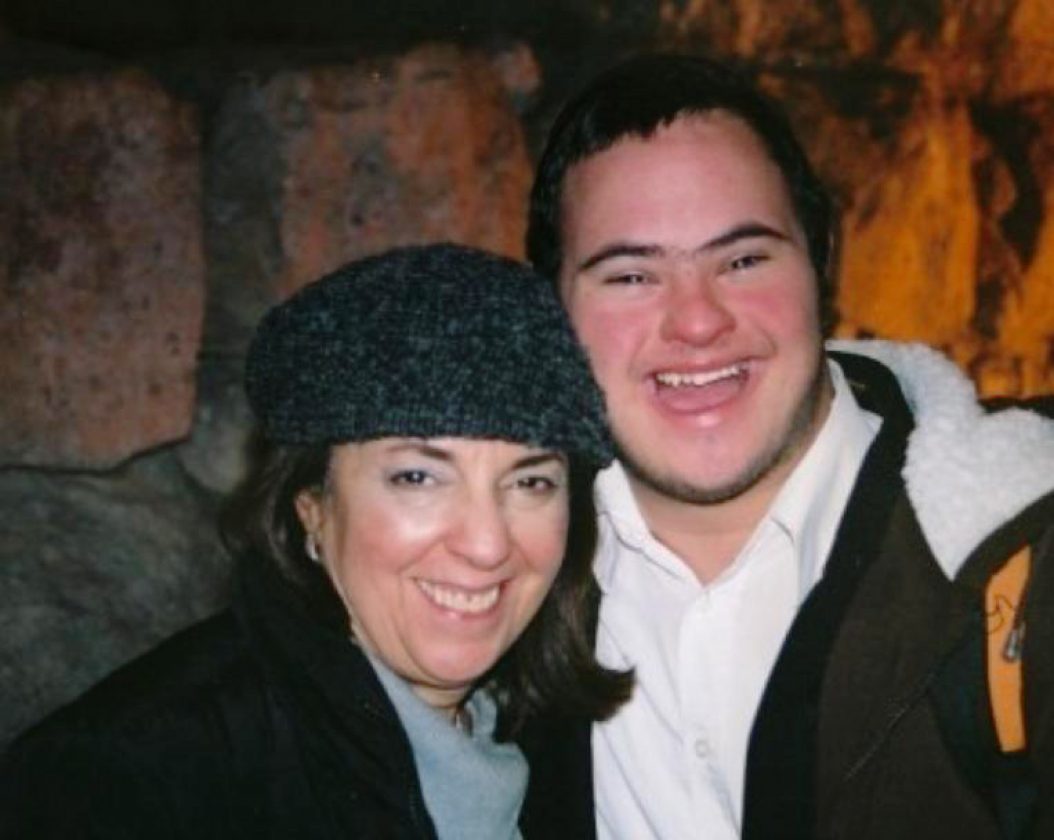 EDITOR’S NOTE: This is part of an ongoing series of stories remembering people who have died from coronavirus around the world.

NEW YORK — Right up to the end, the status message on Saadya Ehrenpreis’ WhatsApp profile read: “Having the time of my life.”

“And he was,” Ahava Ehrenpreis said of her son, one of more than 110,000 lives claimed by COVID-19 in the United States so far.

Born with Down syndrome, Saadya was not expected to be able to become independent, and doctors said he might not even learn to talk. He proved them wrong, graduating from high school and enrolling in Yeshiva University’s Makor College Experience, a program for young men with special needs.

Saadya was beloved on the campus in New York City for his joyful spirit, and classmates paid tribute to him during Yeshiva’s graduation via videoconference Sunday — a ceremony in which he himself would have “walked” virtually if not for the new coronavirus.

“The secret of his popularity is that he was so positive, so happy and so anxious for you to be happy, too,” Ahava said. “This is a very selfless happiness: I won’t be happy unless you’re happy too.”

For years she wrote about her son’s inspiring milestones in a magazine column. In the last one, ” Dear Saadya … Love, Mom,” she asked readers to pray for him as he fought the disease. On April 28, two days shy of his 36th birthday, he became the first student at the Jewish Orthodox university to die from COVID-19.

As he grew up in his native New York, Saadya’s family never wanted him to feel like he was different from his five sisters and two brothers, and he was close to them, his mother said.

“I give his siblings a lot of credit because they really included him. He was always one of the guys,” she said. “And I think that attitude sort of played out for the rest of his life. If you said to him, ‘You have a disability,’ he would have said, ‘Really?'”

Saadya wanted to prove he could do anything, and from the time he could walk, fences and locks did little to hold him back, his mother wrote in a column. There were times he insisted he be allowed to take driving lessons — with one instance where he had to be told no — and he was prone to going on solo jaunts exploring the bustling city without warning.

“The NYPD records show Saadya’s fearless sense of adventure, documenting just how many times they were called in to search for him,” Ahava wrote in “Mishpacha” magazine.

In 2006 he traveled to Israel for Yeshivat Darkaynu, a gap-year program for young men with special needs, and ended up staying in the country for four years.

Returning to the United States, he focused on a lifelong but seemingly unattainable dream: attending Yeshiva University, where his late father, Leon Ehrenpreis, had been a mathematics professor.

But that became a reality when Makor College Experience launched in 2017, with Saadya part of its inaugural class. During the three-year program, young men with special needs live in dorms and apartments and do coursework in Jewish studies and other fields, along with training in life skills like dating and applying for jobs.

Saadya was thrilled to be a college student. In a photo taken at the Washington Heights campus, he can be seen proudly holding up his university ID.

“Best dorm ever. I like the cooking class,” he said of his Yeshiva University experience in a 2017 school video. “My father was staff at YU. I want to be like my father.”

Last year, before more than 200 people at synagogue, he read a prayer in Aramaic in homage to his father, who was also a rabbi, a Torah scholar and a marathon runner.

“He went up there and he said it beautifully,” Ahava said of that morning, which she chronicled in a piece titled ” Miracle on East 18th Street.”

Eventually Saadya moved into an apartment in Brooklyn with other Makor students, learning to ride the subway from there to school during rush hour. He joined the welcoming committee at the university’s beit midrash, or study hall, where he greeted all who came to pray, debate and learn the Talmud.

“Saadya was an exceptional young man,” university president Rabbi Ari Berman said. “He had a radiant smile and brightened the day of anyone that he interacted with.”

At home and at school, Saadya was known for being tidy. At times that got him into trouble because he’d organize anything, even if it belonged to others.

Saadya’s mother recalled the times he wore a superhero mask and cape, and when he sang in front of the mirror. He loved the Miami Boys Choir and the Maccabeats, an Orthodox Jewish a cappella group founded at Yeshiva University. He was fond of pizza, especially a slice from Jerusalem 2 on Avenue J in Brooklyn.

Makor has launched a scholarship program in Saadya’s memory, calling him “a personification of the type of student for whom the program was founded.”

A few days before commencement, Stephen Glicksman, Makor’s director of clinical innovation, said he took comfort in knowing Saadya would “want his peers to celebrate and to be happy and to live in the moment like he did.”

“He was the best. I miss him,” classmate Jonah Goldstein said Sunday, wearing a cap and gown as he watched the graduation ceremony on a screen from his backyard in Woodmere, New York. “He was a great person, a great heart.”

Associated Press religion coverage receives support from the Lilly Endowment through the Religion News Foundation. The AP is solely responsible for this content.