From ‘a mess of text’ to a well-crafted poem 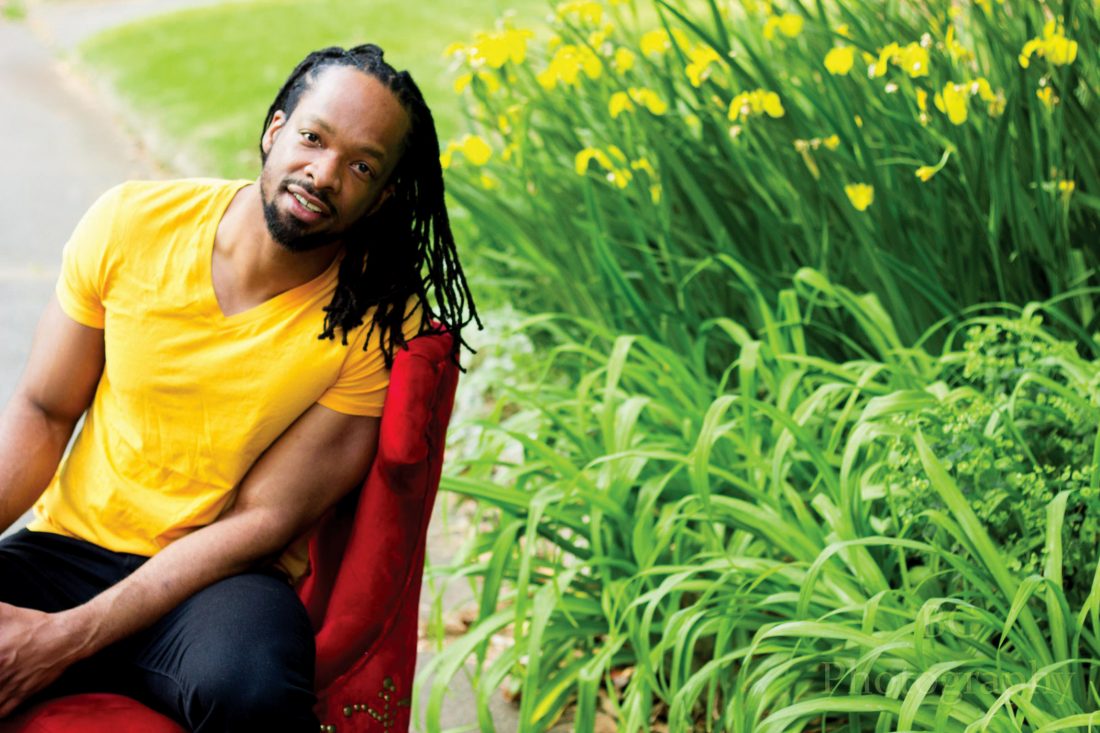 Poet Jericho Brown has received many accolades in his career. Brown spoke at Northern Michigan University on Thursday in its Visiting Writers Program. (Photo courtesy of NMU)

Brown discussed those methods and read some of his poetry on Thursday at Jamrich Hall at Northern Michigan University as part of NMU’s Visiting Writers Program.

He also urged the audience to include literature in their lives.

“You have to find ways to make reading and being exposed to literature a part of your life,” Brown said.

Brown’s first book, “Please,” won the American Book Award. His sophomore release, “The New Testament,” won the Anisfield-Wolf Book Award and was named one of the best of the year by Library Journal, Coldfront and the Academy of American Poets.

Brown’s poetry has been featured in The New York Times, The New Yorker, Time and other publications. His work was also included in the Pushcart Prize Anthology and several volumes of “The Best American Poetry” anthologies.

Brown is the recipient of a Whiting Writers’ Award and fellowships from the John Simon Guggenheim Foundation, the Radcliffe Institute for Advanced Study at Harvard University and the National Endowment for the Arts. He is currently an associate professor and director of the creative writing program at Emory University in Atlanta.

Brown also is author of “The Tradition,” a finalist for the 2019 National Book Award.

“The poems of ‘The Tradition,’ Brown’s third collection, are at turns tender and vulnerable, severe and riveting,” says a review in the Los Angeles Review of Books.

Brown read many of his poems, one of which was “Riddle.”

The word “riddle” already played a part in his life, especially in his younger days.

“I was a ‘riddle nerd,'” Brown said. “I had a couple knock-knock jokes too, but riddles were really my thing.”

He apparently grew creatively beyond those knock-knock jokes as is evident by the “Riddle” poem:

We do not recognize the body

Of Emmett Till. We do not know

The boy’s name nor the sound

Of his mother wailing. We have

We do not know the history

Of this nation in ourselves. We

Do not know the history of our-

Selves on this planet because

We do not have to know what

We believe we own. We believe

We own your bodies but have no

Use for your tears. We destroy

The body that refuses use. We use

Maps we did not draw. We see

A sea so cross it. We see a moon

So land there. We love land so

Long as we can take it. Shhh. We

Can’t take that sound. What is

A mother wailing? We do not

Recognize music until we can

Sell it. We sell what cannot be

Bought. We buy silence. Let us

Help you. How much does it cost

To hold your breath underwater?

Wait. Wait. What are we? What?

What on Earth are we? What?

Brown talked about his poetic process, which comes about through a variety of means.

However, he acknowledged that’s happened about twice in his lifetime.

A more involved method is similar to what he said other people in the audience use to write poems.

“I get a line, then I push,” Brown said. “We get a line that we’re attracted to, and then we sweat until another line appears.”

He differs from other poets, he said, because he doesn’t wait for what happens next.

His third way of making a poem involves him putting notes on his iPhone, and later dumping those lines into a Word file.

He then decides which is the “weirdest, oddest, strangest, most original, most unique line.”

That line is put at the bottom of the page, while he puts the line he believes comes in second in the “weirdest” and other categories at the top of the page.

That leaves words to fill in between, which Brown organizes associatively.

“I take lines that have been sitting around, and I make a decision,” he said.

“How do I make a poem out of that?” Brown said. “I just ask questions of the text rather than coming to the text, coming to a poem with my designs.”