‘Positive in, positive out’ 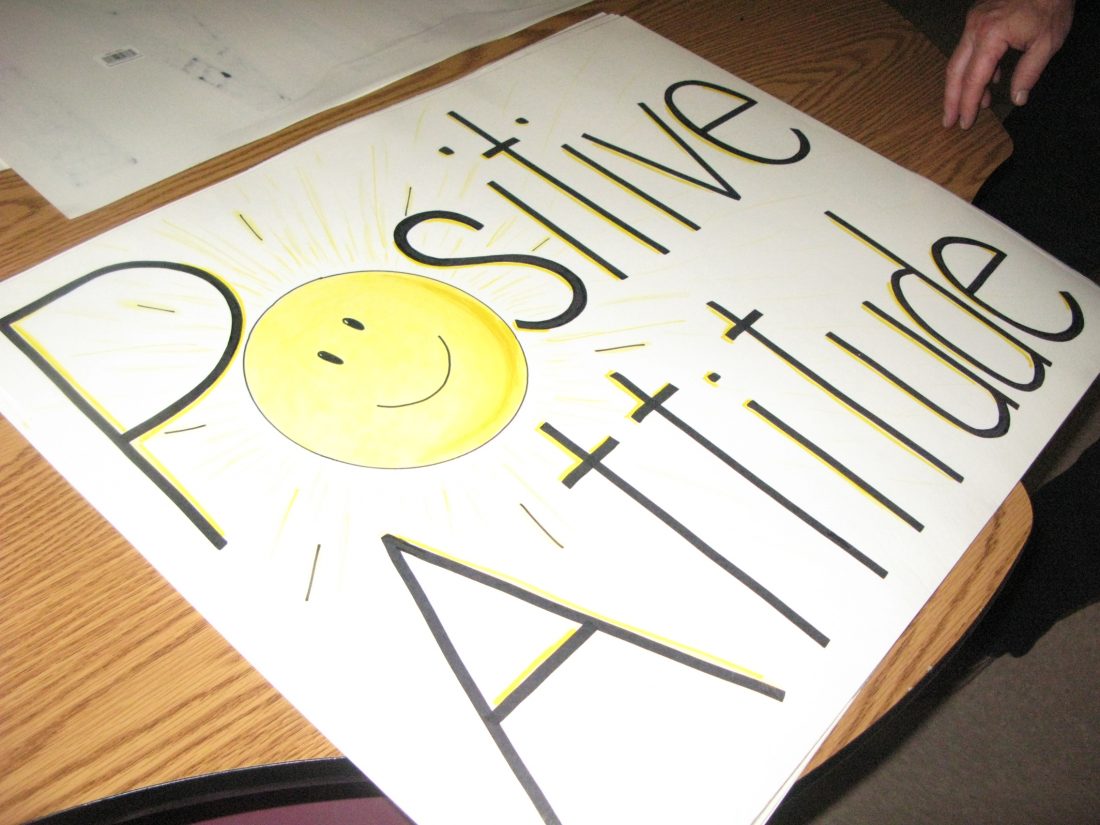 ISHPEMING — Oh, those middle school years, the in-between time when most students haven’t quite reached full emotional maturity. Not only are many youngsters not mature enough to keep from mistreating their peers, they don’t always have the emotional skills to handle that behavior well.

It shouldn’t have to be that way, and teaching proper behavior at the elementary level is the goal of a new positive reinforcement program at Birchview Elementary School.

The program is the idea of Principal Bernie Anderson, who had the inspiration during his days as head football coach at Michigan Tech University and Northern Michigan University.

He has the philosophy of “good in, good out, bad in, bad out.” 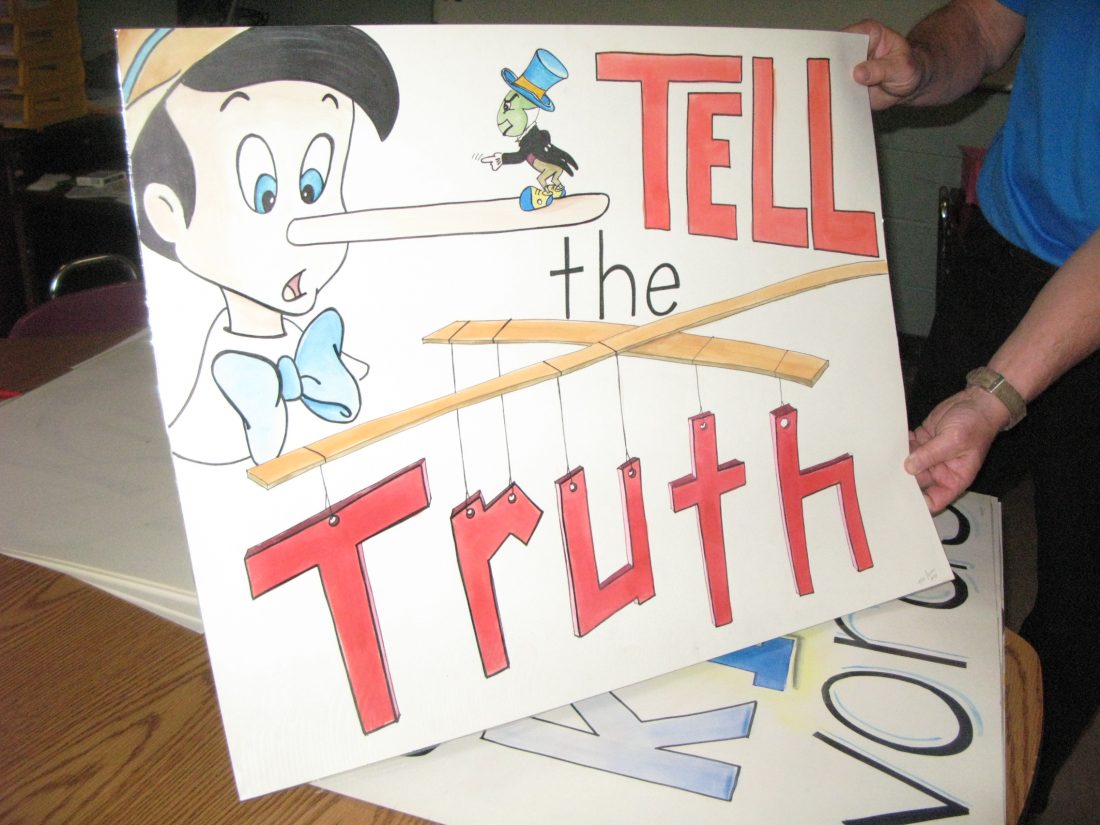 So, Birchview has created a program that contains a special message board situation in the hallway in a prominent, well-traveled area of the school.

“They also know where it’s located and they all look for it,” Anderson said. “The teachers see it and they reinforce that’s the main message of the week.”

The message too is reinforced during morning announcements, usually two or three days a week, Anderson said.

The positive reinforcement program is a multimedia effort that involves a TV message board.

“We take pictures of people doing, maybe, the message, and then they’re put up there,” Anderson said. “They can see themselves on the monitor.” 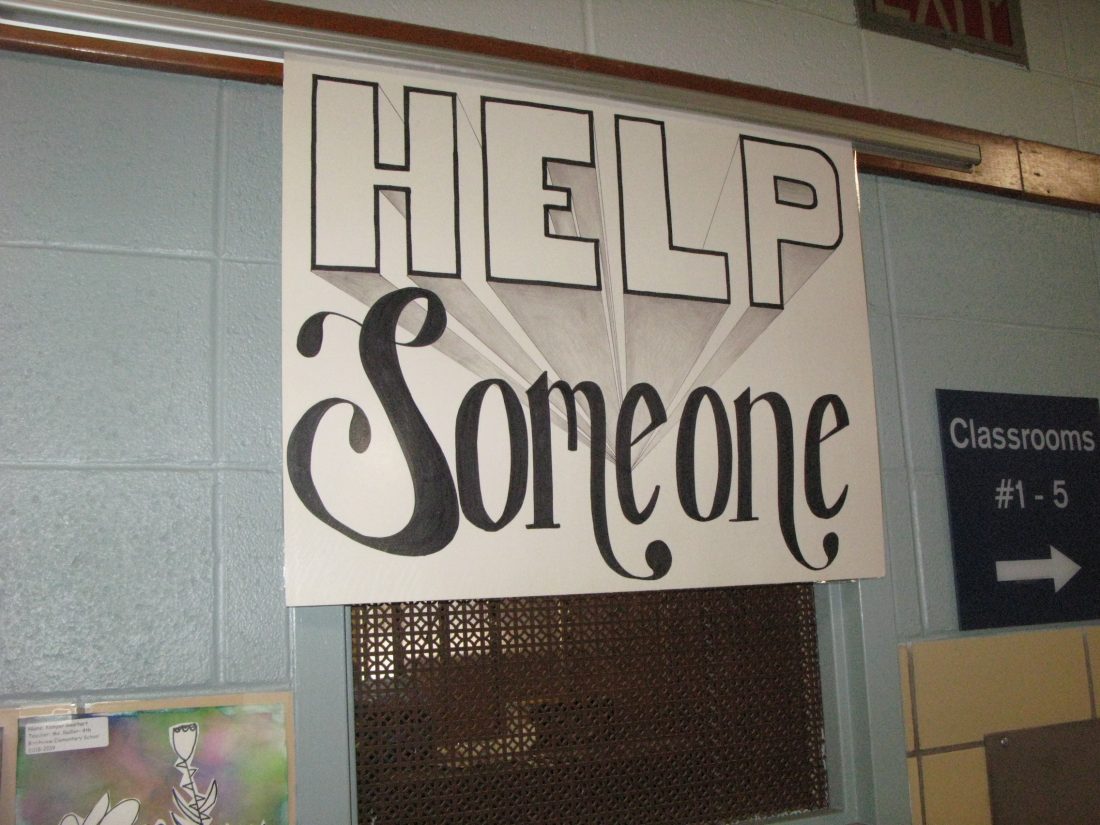 Life, however, can take many twists and turns. So, every Monday morning, the message is changed.

For example, the message for the week of April 22 was “Help Someone.”

Other signs, artistically embellished by Birchview Title I aide Cindy Lowes and laminated so they can be used in future years, have sayings such as “Make Someone Smile,” “Make A Friend,” “Make Today Great,” “Be Kind,” “Believe in Yourself” and “Be Happy.”

Anderson said the teachers will explain some of the messages so youngsters understand the meaning of “Help Each Other,” for example.

That could mean handing back a student’s hat after it’s been dropped in the hallway.

If two kids get in a squabble at recess and are sent to the office, that message can make them think about whether they used kind words, he said.

The messages are always simple — and uplifting.

When students follow the messages for the five years they’re at Birchview, they become instinctive, Anderson said.

“In your subconscious mind, it becomes effective, and it becomes a way of life, just like the negative or the complaining or the poor attitude, or the negative attitude,” Anderson said. “You can see that in people. They’re positive, they’re happy, they’re smiling. They help others, and it’s just something that’s sending the right message at the right time, year after year.”

Grade school probably is the right time for such lessons being reinforced.

“There’s a lot of drama when you get to middle school,” Anderson said, “and it’s ‘he said, she said.'”

Three “do” rules exist at Ishpeming Public Schools, he said:

≤ Treat others the way you want to be treated, or the Golden Rule.

The first and third rules, Anderson said, are emphasized at Birchview to keep things simple. When students get to middle and high school, all three rules are reinforced.

That seems to be working. When Anderson came upon a second-grade class walking in the hallway, he asked the youngsters if they could name the first rule.

“Do what’s right,” they chimed in.

They also knew rule No. 3 and the message of the week.

Anderson has a scrapbook of letters and notes he received from former football players on his 2014 induction into the MTU Sports Hall of Fame.

One of those players, Scott Garrison, wrote: “One of the simplest set of values that I use in my life, especially with my own family, is ‘Do what’s right, ‘Do it the best you can’ and ‘Treat others the way you wanted to be treated.'”

Anderson believes those rules are meaningful.

“It’s one little thing we can do on a weekly basis with very little effort that carries a pretty big impact,” Anderson said.