From the Far East to the Far North 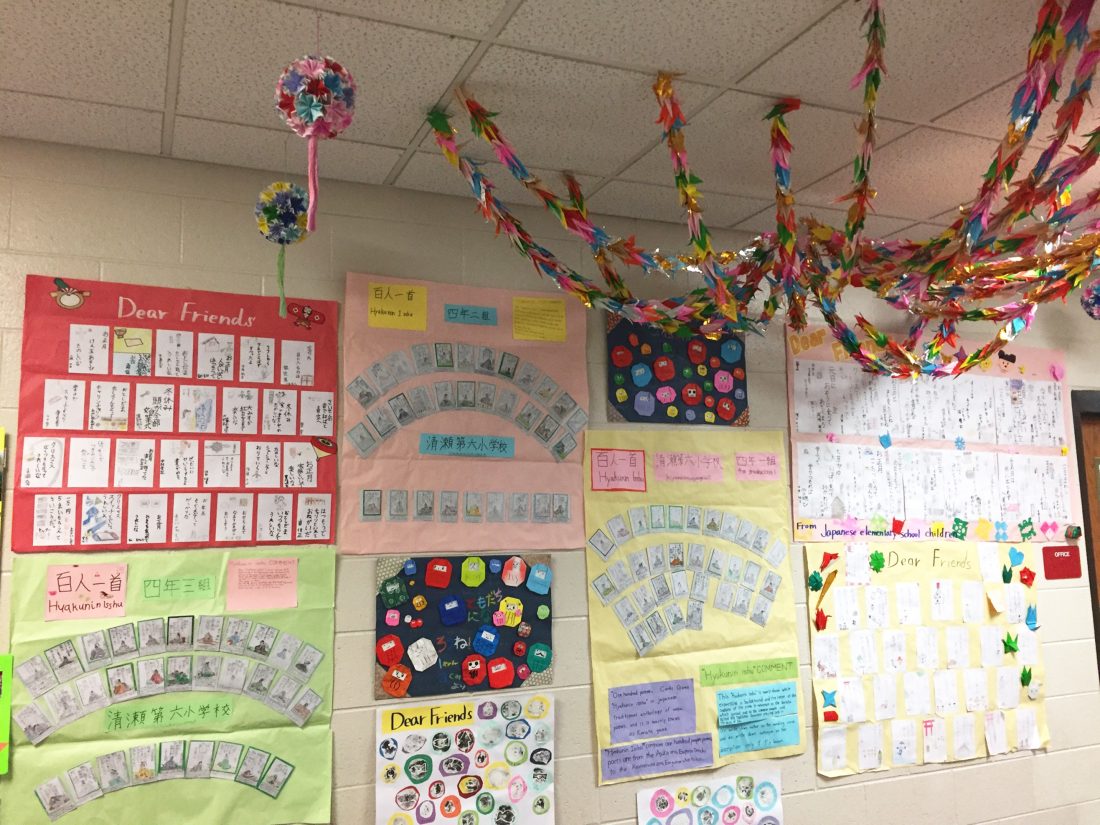 This are examples of the notes sent between Japan students and pupils at Aspen Ridge Elementary School. Youngsters in that school and other Upper Peninsula schools have been writing each other during the 2019-19 school year. (Photo courtesy of Gaby Ezyaguirre)

MARQUETTE — Tokyo and the Upper Peninsula are vastly different in many ways.

First, Japan’s on the other side of the planet. Second, there’s the language barrier.

Even with all the geographical and cultural differences, Japanese and Yoopers still have a lot in common — even kids.

Maybe specially kids, who like to draw, engage in sports and laugh, no matter what the country.

Gaby Eyzaguirre, technology integration consultant with the Marquette-Alger Regional Educational Service Agency, has been partnering with the Tokyo Metropolitan Board of Education in a correspondence exchange project between students from Tokyo and students in kindergarten through seventh grade across the U.P.

What was what on the U.P. schools’ end just a postcard project has expanded, and now involves the exchange of letters, drawings and videos — not making a comedic but stereotypical combination such as a red-flannel kimono.

Eyzaguirre acknowledged the challenge in such an endeavor that she took on with her Tokyo connection, her friend Masahiro Nagashima.

“I told him that we are in an area in Michigan that is small, especially compared to Tokyo,” she said.

That didn’t matter, so the pilot program began, matching six Tokyo students with one U.P. student.

The idea was to exchange correspondence, although Eyzaguirre said that through a slight loss in translation, she heard the word “postcard.” So, that’s what U.P. students sent to Tokyo.

Their postcards contained scenes from the U.P., which regardless of their sizes likely were of interest to the Japanese kids.

However, the U.P. kids received more elaborate notes, letters, drawings and artwork. The packages stared arriving in March, and the U.P. schools responded in a similar fashion.

The foreign pieces also came in English and Japanese.

“Had it been computer-printed, we could have translated it,” Eyzaguirre said.

Although they were hand-written, the youngsters understood the messages anyway, especially if they had pictures.

“They sent a whole set of drawings of games they played,” Eyzaguirre said. “It was through the phone and the pictures that they drew that we were able to kind of decipher — what was it that they were talking about?”

One letter written in English came from Itsuki Ando, who talked about his ski trip.

It contained details typical of what is important to a youngster.

“At night we play Uno,” the letter read in part.

The overall response from the teachers, she said, has been positive, although it might become more digital since technology allows for an easier and quicker mode of communication.

The project already has involved the use of Flipgrid, a video discussion platform for educators, students and families.

“We are 14 hours apart, so the idea of chatting live is almost impossible,” Eyzaguirre said. “We’re trying to arrange one live chat, but we have to find a volunteer school that would have their students stay late.”

On Flipgrid, though, students can leave messages. They also can show their enthusiasm visually, which is helpful since even the best writer sometimes could have trouble communicating an emotion verbally.

The youngsters made a variety of comments, including:

Students at Aspen Ridge Elementary School in West Ishpeming showed different parts of their school, such as lockers.

Japanese students made videos as well.

Even if the U.P. youths learn just a few words in Japanese, Eyzaguirre believes the project motivates them to learn about the Japanese culture. For example, some youngsters used Google Maps to “stand” on the street of the school with which they were corresponding.

She said teachers also want their students to practice “meaningful” writing — writing with a purpose and knowing people will read their messages.

Whether the correspondence takes place on paper or in digitally, Eyzaguirre expects the Tokyo board’s project will continue.

“Their goal is cultural understanding and promotion of the English language as a mode to communicate with others,” Eyzaguirre said.

She believes these types of global collaboration projects are impactful.

“I have made lifelong friends with educators around the world thanks to them,” Eyzaguirre said. “My students gained meaningful writing practice, a news perspective of the world and made real-world connections with difficult concepts — time zones, latitude-longitude, language, etc.”