New UMN course aims to ignite creativity with use of improv 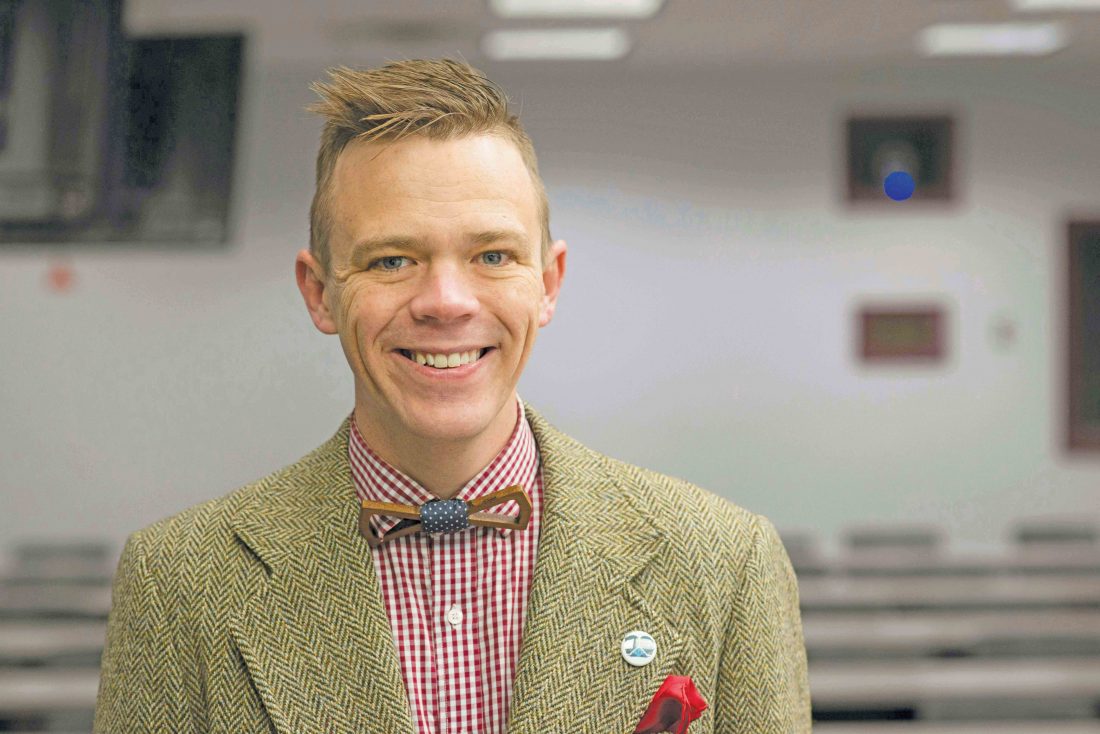 In this Jan. 22, 2019, photo, professor Tane Danger poses for a portrait before the start of his new class, Improvisation for Design, at University of Minnesota in Minneapolis. The class will explore how improvisation can better students' creativity, communication and collaboration. (Jack Rodgers/The Minnesota Daily via AP)

MINNEAPOLIS — Design students are often put into the unenviable position of being asked, “Hey, I need you to be creative right now.”

Tane Danger, a University of Minnesota alumni and local improv comedian, promises to arm these students with the tools for spontaneous creativity by applying the principles of improvisational comedy. His new class, Improvisation for Design, includes exercises that improv comedians use to practice creative thinking.

“Creativity is not an on-off switch. It’s a muscle,” Danger said to The Minnesota Daily. “The more you practice being creative, the more you are able to then be creative.”

The key, Danger said, is discovering patterns that allow you to make non-obvious connections.

“(Practicing) these exercises allows your brain to start to build different pathways where your brain gets more used to going and finding that different kind of information,” he said.

Barry Kudrowitz, director of the University’s product design program, has studied the association between improv comedy and creativity. In one study, he found improv comedians came up with 20 percent more product ideas than professional product designers.

Kudrowitz said he thinks of improv as a skill set. It also improves important interpersonal skills that designers need when collaborating with others.

“We have to be able to listen, to pay attention to what they’re saying and respond accordingly,” he said. “Improv helps with listening and talking to people and feeling comfortable in new situations.”

Kudrowitz has brought Danger to his product design classes for years to put on improv workshops for his students.

With a longtime belief that everyone could benefit from skills related to the comedic art form, Kudrowitz approached Danger with the idea for an improv class geared toward design students. The theater department doesn’t offer an improv class, but Danger’s class is open to all students.

Freshman Jack Lanners said he took Danger’s class because he wants to learn how to think “out of the box” and get out of his comfort zone. Lanners, who studies music, writing and design, signed up after Danger came to his introductory design class.