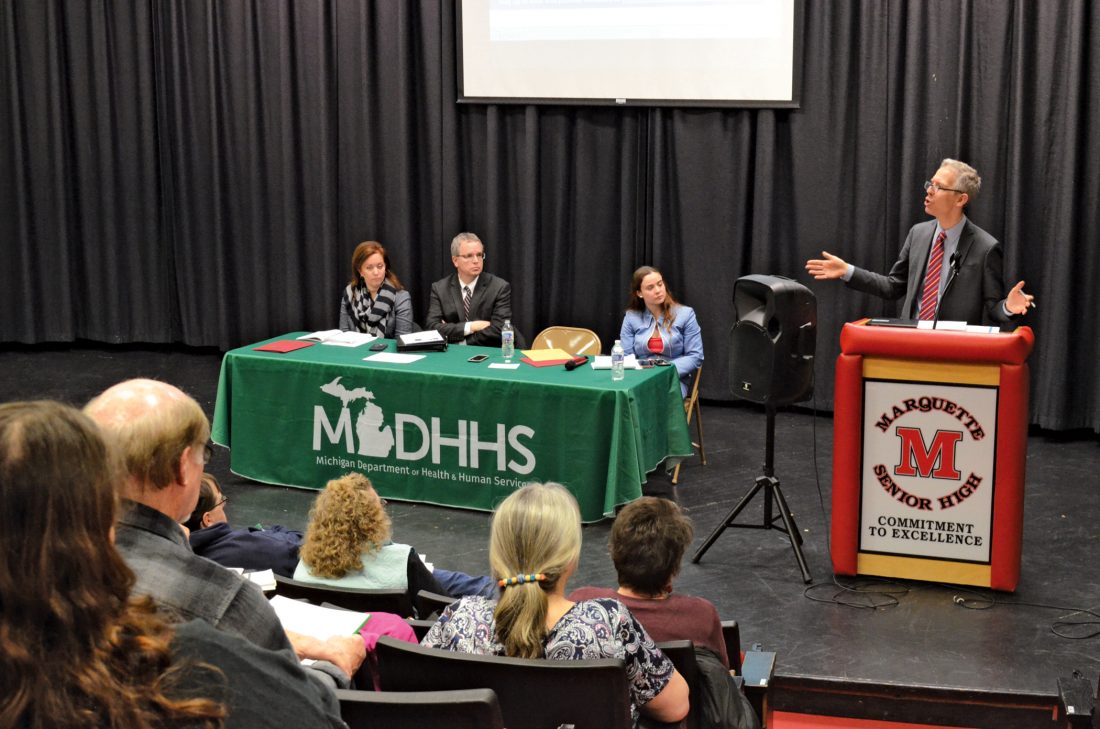 MARQUETTE — “We know we don’t have all the answers and we know that when folks in government think they know everything, they get it wrong. So we’re committed to listening and not only listening, but also learning from what we hear and acting on it,” Michigan Department of Health and Human Services Director Robert Gordon said on Michigan’s behavioral health system.

This quote perhaps sums up the purpose of an MDHH’ public forum at Marquette Senior High School Wednesday, where Gordon delivered a presentation regarding plans for redesigning Michigan’s Medicaid-funded behavioral health and intellectual/developmental disabilities system. 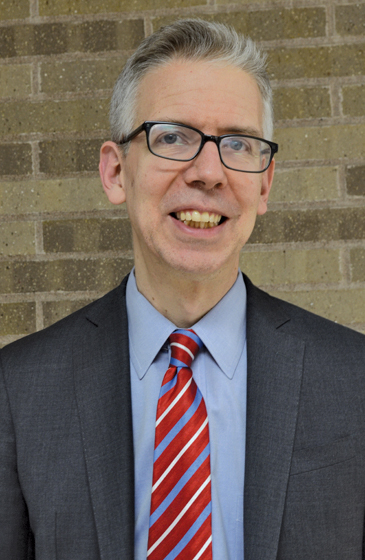 This was the third of four forums to be held on the subject. The main intent of the forums is to provide an overview of MDHHS’ proposal and gather public feedback, organizers said. The conversation-like aspect is something Gordon said is important moving forward to make sure all viewpoints are taken into account.

“We are looking at everything we can to improve the quality of healthcare for Michiganders who have challenges around mental health, around substance disorders or who have developmental disabilities,” Gordon said. “We released the outline of a plan for making improvements. But we now — if we’re going to get it right — we have to listen to folks all around the state. And often, people in the U.P. get left out and we can’t let that happen.”

Michigan has quite a few strengths, Gordon explained, adding that the department wants to preserve these successes and build upon them. Some strengths he mentioned are: offering a locally-based system with strong community partnerships that operate statewide, being a longtime national leader in deinstitutionalization, serving all residents in crisis and a comprehensive Medicaid benefit.

Though Michigan has an established system, there are challenging aspects that need to be resolved, including the fact that there are limited choices, difficulty with coordination and navigation, misaligned incentives and financial instability, Gordon continued.

The department is working to build upon Section 298, which was an initiative that started with former Gov. Rick Snyder’s 2016 executive budget that launched a statewide discussion on how to handle integrating physical and behavioral health services.

“Unlike (section) 298, we are doing everything we can to preserve what is strong in the system today and bringing in an evolution. If you look across the country, most states are moving into the direction of integrated finance .. but Michigan now is in a real minority on this point,” Gordon said. “I think there are real gains from doing this and we’re trying to do it in a way that builds on the strengths that Michigan has, that learns from experiences elsewhere so we’re not mimicking our constituents.”

The presentation concluded by opening up the forum to the audience where concerns of uniform care, privatization and whether this plan would be the right step moving forward were asked by the public.

When people have more choices it allows for two things to occur: it allows for communities to choose a plan that is more suitable for them and it allows for the state to “create more accountability than taxpayer dollars,” Gordon noted.

“So that’s why I think I wouldn’t describe this as privatization. I would describe it as preserving a very strong public role but also giving people choices,” Gordon said.

He said that if Michigan keeps the health care system exactly the way it is right now, it won’t allow for growth and it may lead to more risk.

“We think it’s important to have one publicly-led entity … an entity that is led by our public: the public leaders of our community-based system,” he said. “We want to do that because we want to honor the work that they’ve done. We think it is a way of ensuring continuity and maximizing continuity for people who want to stay as close as possible to their existing behavioral health arrangements and we think it’s a great option to give to people.”

“We want to make everything as simple as possible and as straightforward as possible. Too often, things are way too complicated,” he said. “I’m confident that this is something that we, as a department, need to work and want to work on, getting stuff to where you don’t need to be a lawyer to understand what we’re trying to say.”

The next forum will take place on Thursday in Saginaw with a final virtual forum airing from 5 to 6:30 p.m. Feb. 6 and the link will be shared at michigan.gov/futureofbehavioralhealth.