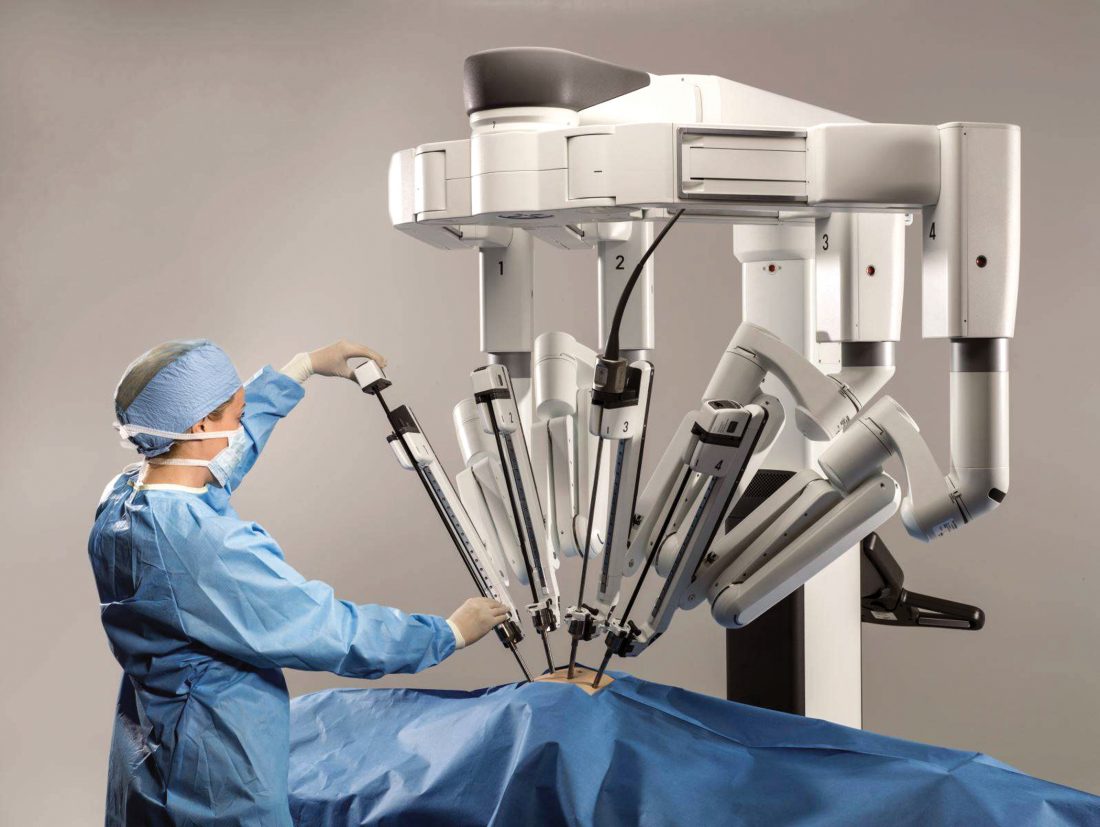 BRIDGEPORT, Conn. — It’s not lost on Louis Voros that he helped create something that saved his life.

Voros, 77, of Fairfield, is a retired mechanical engineer. During his career, he said, he worked on a lot of medical products, including da Vinci Surgical Systems — robotic technology that allows doctors to perform complicated surgeries through a tiny incision.

That’s the same device that Dr. Imran Siddiqui, an oncology surgeon at St. Vincent’s Medical Center in Bridgeport, used to perform surgery on Voros after he was diagnosed with stomach cancer earlier this year.

Though the da Vinci robot has been used for years in a variety of surgeries, Siddiqui is one of the few in the country — and, he said, the only one in Connecticut — who uses the technology to perform complex gastrointestinal surgery.

By the time Voros was referred to Siddiqui, another surgeon had already refused to do the surgery, deeming Voros too medically fragile.

“He said it was too risky, and that I had too many problems,” Voros explained.

But Voros was told that the minimally invasive da Vinci method, which typically results in faster recovery and fewer complications, might be a good fit for him.

“I worked on a tool that was used on me,” Voros marveled. “And I was lucky, because it was able to save me from the cancer.”

Voros said his journey started last June, when he suffered a stroke. Shortly after that, he said, he went to doctor for internal bleeding, and that’s when the cancer was found in his stomach. He was prescribed chemotherapy for the cancer, but the area around the port used in the procedure became infected.

Though his oncologist recommended surgery for the cancer, the initial surgeon Voros was referred to wouldn’t perform it because of his fragile medical state.

Eventually, he was referred to Siddiqui, who has been performing the gastrointestinal surgeries via the da Vinci method for about two and a half years and does about 100 procedures a year.

The da Vinci robot allows doctors to make a tiny incision — Siddiqui called it a “keyhole” — and perform laparoscopic surgery. This is done remotely, as the doctor uses a console to manipulate instruments attached to the “arms” of the da Vinci robot. It’s these instruments that perform the surgery.

Voros said the instruments are the part of the da Vinci robot he worked on. Both he and Siddiqui agreed that the coincidence of this machine being used to help treat Voros’s illness is extraordinary.

“When (you help develop something) that ends up affecting you, that’s full circle,” Siddiqui said.

Performing surgeries via the robot is preferable to “open surgery,” which is done with a much larger incision, Siddiqui said. He said the minimally invasive method not only lessens recovery time and reduces complications, but there’s less pain, less body disfigurement and a faster return to work and other life activities.

Even though Voros was deemed a good candidate for the da Vinci method, Siddiqui couldn’t perform the surgery on him until he had recovered from his infection, and at least partially recovered from the stroke.

By last April, Voros was able to have the surgery, which involved a re-sectioning of the stomach and removal of lymph nodes. Siddiqui said the good news was that Voros’s cancer hadn’t spread, and the surgery got all of it.

Unfortunately, in July, a blockage from scar tissue was found in Voros’s small intestine, which required another surgery. This time, an open surgery was required.

“This was a big difference from the robot surgery,” Voros said.

He is still recovering.

Still, he said he is grateful that Siddiqui was able to do the first surgery, which allowed him to be healthy enough to withstand the second surgery.

“It was a godsend,” Voros said.