Sleeping with TV on may make you pack on pounds 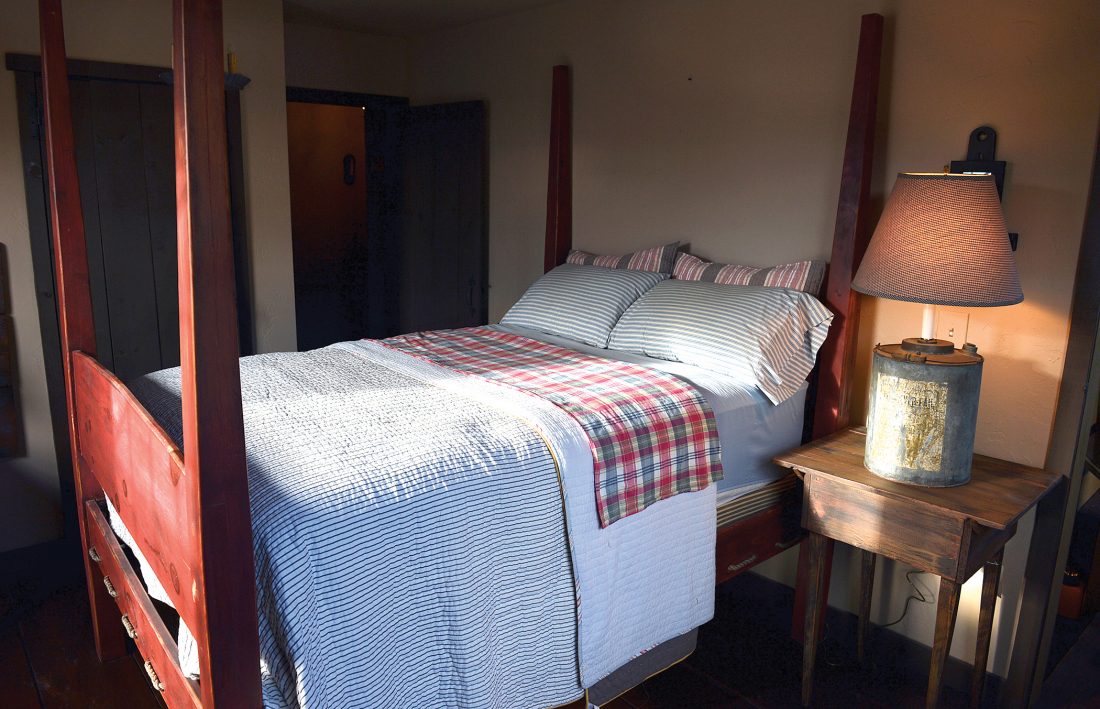 FILE - This Nov. 11, 2013 file photo shows a bedroom in Belle, W.Va. According to U.S. preliminary research published Tuesday, June 4, 2019, dozing off to late-night TV or sleeping with other lights on may mix up your body clock and lead to weight gain and even obesity. (Craig Cunningham/The Daily Mail via AP, File)

CHICAGO — Dozing off to late-night TV or sleeping with other lights on may mix up your metabolism and lead to weight gain and even obesity, provocative but preliminary U.S. research suggests.

The National Institutes of Health study published Monday isn’t proof, but it bolsters evidence suggesting that too much exposure to light at night could pose health risks.

“Evolutionarily we are supposed to be sleeping at night, in a dark place,” said lead author Dale Sandler, a scientist with the National Institute of Environmental Health Sciences, a division of the National Institutes of Health. “It’s much more important than people realize for a whole variety of health reasons.”

The researchers analyzed health and lifestyle data on nearly 44,000 U.S. women enrolled in an ongoing study seeking clues to causes of breast cancer. The analysis focused on data on sleep, light exposure and weight gain during the study, but not on breast cancer. Results were published in JAMA Internal Medicine.

Women in the study had medical exams and filled out health and lifestyle questionnaires when they enrolled and periodically after. Those who reported sleeping at night in a room with a television on or a light were more likely to gain at least 11 pounds over about five years than those who slept in darkness. They were also about 30 percent more likely to become obese.

Sandler said she is confident that the added weight wasn’t from things like snacking at night, because the analysis accounted for other variables that could have led to weight gain such as diet, physical activity and sleep duration.

Animal research and smaller studies in humans have linked prolonged light exposure with weight gain. Exactly how is uncertain but scientists think disruption in release of hormones related to sleep and appetite may be involved.

Dr. Phyllis Zee, an expert in sleep and circadian rhythm disorders at Chicago’s Northwestern University, said the study is important because it highlights a behavior that can be easily changed to reduce the risk of gaining weight. “Properly timed light should be considered as part of a healthy life style,” she said, along with exercise and good nutrition.