Phelps honored for honesty on mental health, helping others 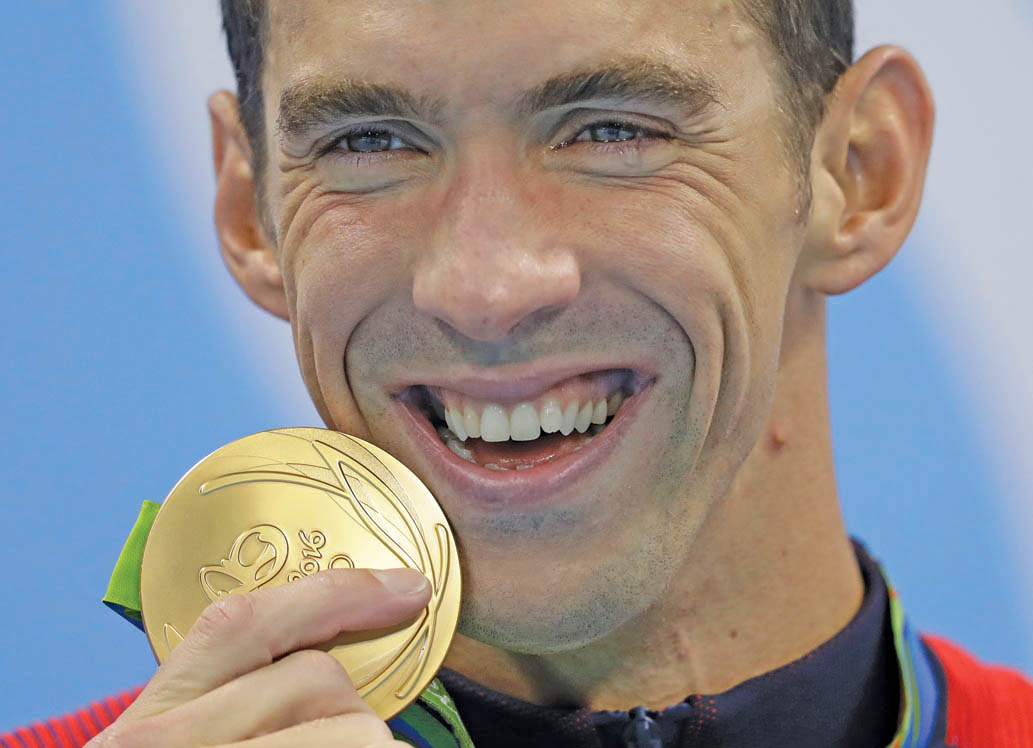 FILE - In this Aug. 9, 2016, file photo, Michael Phelps has tears in his eyes as he shows off his gold medal after the men's 200-meter butterfly final during the swimming competitions at the 2016 Summer Olympics, in Rio de Janeiro, Brazil. While swimming to Olympic glory, Phelps found comfort in the pool and quite a bit of angst out of it. Because he is willing to share his story of depression and raise awareness of mental health issues, Phelps will be awarded the fifth annual Morton E. Ruderman Award in Inclusion on Tuesday night, May 21, 2019, in Boston. (AP Photo/Michael Sohn, File)

BALTIMORE — While swimming to Olympic glory, Michael Phelps found comfort in the pool and quite a bit of angst out of it.

His bout with depression reached its nadir in 2014 after a second DUI arrest. That’s when the most decorated Olympian of all time checked himself into a rehabilitative center in a desperate effort to make sense of it all.

The treatment he received — and continues to receive — charted his post-Olympic course.

Because he is willing to share his story of depression and raise awareness of mental health issues, Phelps was given the fifth annual Morton E. Ruderman Award in Inclusion recently in Boston.

After participating in four Olympic Games and collecting 28 medals, including 23 gold, Phelps has dedicated his time and energy to promoting the importance of water safety and advocating for the de-stigmatization of mental health problems through the Michael Phelps Foundation.

“When I first really opened up about the struggles that I had in ’15, obviously I dreamed of being able to get more publicity to this and to really share my journey and have other people share their journeys with me as well,” Phelps said. “Honestly, I never thought it would be as big as this, but it’s been a true dream to be able to watch the growth that mental health has taken, almost being at center stage.”

To say this endeavor has been fulfilling is an understatement.

“Through this, if I can save one life, two lives, five lives, a thousand, a million, to me that’s so much more important than winning a gold medal,” he said.

The 33-year-old Phelps believes his bout with depression is a story that many can share, including CEOs and other retired athletes. After accomplishing every goal he set for himself, what was left to do?

The Baltimore native is in a far better frame of mind now.

“To have my wife (Nicole Johnson), who’s always by my side, two amazing little boys at home and a third one on the way, I’m extremely thankful of the support I’ve had to get me through these times,” Phelps said.

The Ruderman Award is given to individuals who are passionate about providing opportunities for others. Phelps certainly fits that description.

“Michael Phelps is a unique leader who has used his fame and status as the greatest swimmer of all time to challenge our society to remove stigma surrounding mental health,” said Jay Ruderman, president of the Ruderman Family Foundation.

“For me, this award means everything because this is where my passion is and the next chapter of my life is really heading,” Phelps said. “We’re kind of scratching the surface of what can be done, and I’m looking forward to continuing this journey and accomplishing some of the goals that I have — de-stigmatizing mental health and just getting the point across that it’s OK to not be OK.”