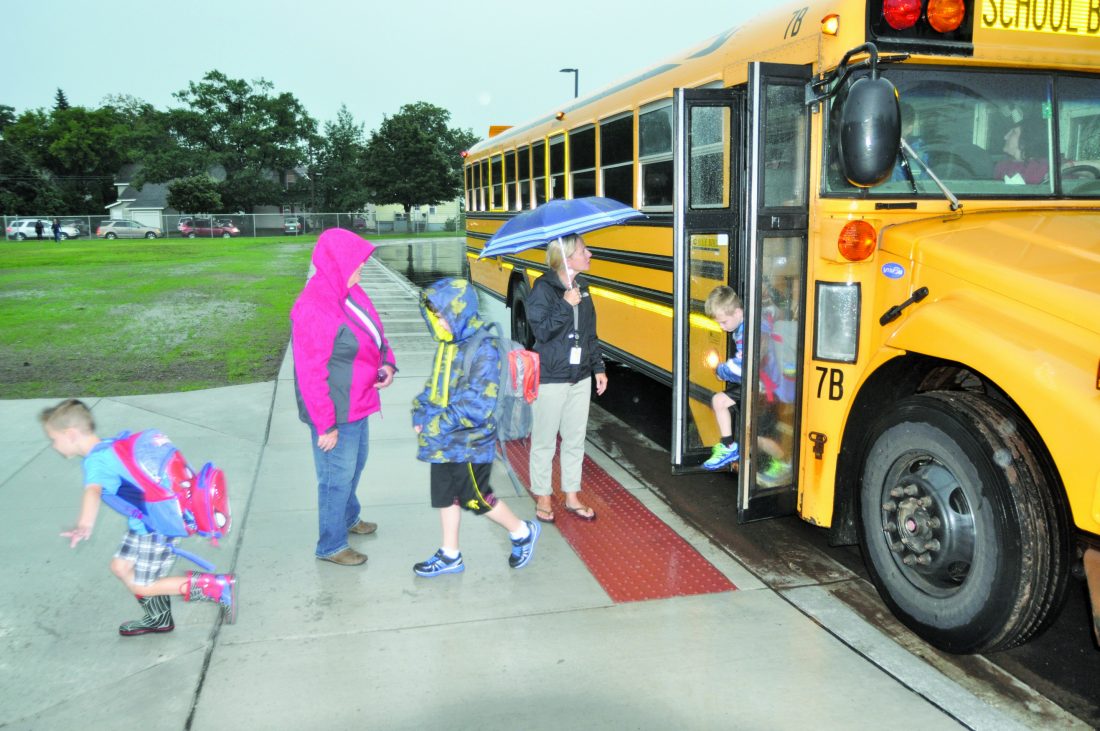 MARQUETTE — Negaunee Public Schools will begin school this year early, on Tuesday to be exact.

A look on a calendar will show Aug. 27 to fall before Labor Day.

“One of the reasons we are choosing to start before Labor Day is due to us having students at the high school who are dual-enrolled at both our school and NMU,” Skewis said in an email. “With NMU starting the week before, it allows the schedules to coincide.”

He said staffers also believe students are more productive at the beginning of the year than at the end.

“Students are ready to start school in the fall,” Skewis said. “In the spring, especially after Memorial Day, it becomes difficult for children to stay engaged.”

Also, he noted that with the way Christmas falls this year, the district will have two full weeks off.

“We didn’t want our students to be going to school too late into June, if we were to have to make up any snow days,” Skewis said. “Educationally, we feel starting before Labor Day is in the best interest of both our students and staff.”

Christmas falls on Wednesday this year.

“It allows our families to have one last summer weekend before school begins,” NICE Superintendent Bryan DeAugustine said in an email.

No matter what the start date, it behooves the public to keep safety rules in mind when students walk along a street.

Under Michigan law, the operator of a vehicle overtaking or meeting a stopped school bus that’s displaying two alternately flashing red lights must bring the vehicle to a full stop not less than 20 feet from the bus. The vehicle also is not to proceed until the bus resumes motion or the visual signals are no longer activated.

A vehicle operator who fails to stop for a school bus, passes a bus in violation of this law or a similar ordinance is responsible for a civil infraction.

However, a vehicle driver on a highway that has been divided into two roadways by leaving an intervening space — by a physical barrier or clearly indicated dividing sections constructed to impede vehicular traffic — isn’t required to stop upon meeting a school bus that has stopped across the dividing space, barrier or section.

When a driver sees yellow caution lights activated on a school bus, the driver is required to slow and stop safely if possible. The red lights require the driver to stop no less than 20 feet away from the bus, and remain there until the lights are turned off. However, with either of these lights, vehicles approaching from either direction or lane are held to the same obligation.

Keep in mind that violations can cost $225 and three points on a driving record.

According to a news release from the Michigan State Police, youngsters aren’t always attentive to vehicles passing by and might not have supervising adults with them. To pass the time, kids then might engage in play that would put them in a potentially hazardous situation — on a roadway.

Many students walk to school too, so drivers should be aware of school crossing areas and intersections. Disregarding a crossing guard’s signal can cost three points on a driving record.

MSP also pointed out that many schools have reduced speed zones during certain hours and days, which are there for a reason. Even if an area isn’t marked as a speed zone, drivers should remember that any area close to schools, especially during certain hours, probably will have more foot and vehicular traffic.

Poor weather conditions, of course, require different driving behaviors. School officials often will delay or cancel school during bad weather, such as heavy and blowing snow, but sometimes reduced visibility will occur when schools are in session.

Fortunately, drivers, school officials and students shouldn’t have to worry about a heavy snowstorm for at least another month.