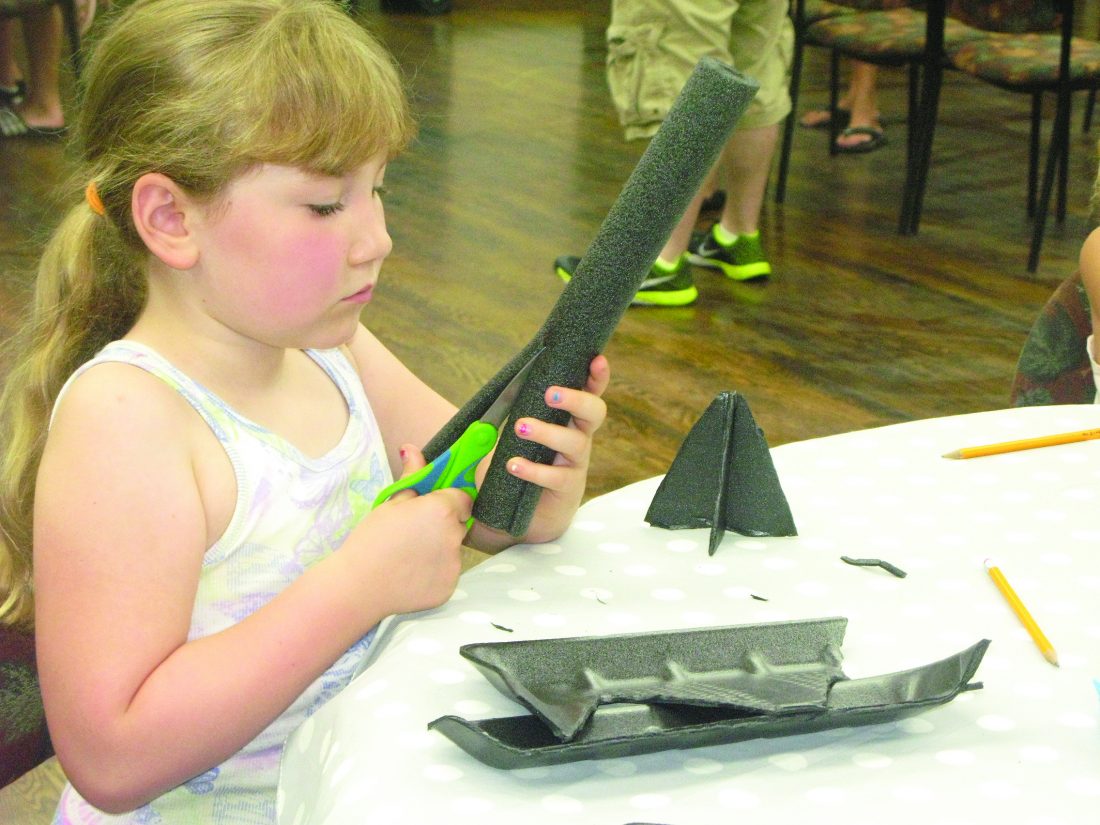 So, it’s beneficial for youngsters to continue to learn about all things lunar, and that was a purpose of Thursday’s Moon Day at Peter White Public Library where they took part in a variety of moon-related crafts.

One of those crafts was moon slime — and slime typically provides a great deal of fun for kids no matter what its shape.

“Sticky” was the word many youngsters used when molding the moon slime.

Acrylic and glow-in-the-dark paint and glitter stars also were used to make the slime.

Their slime also didn’t have to stay in the library.

“They can take it home,” she said.

Amanda Pierce, another PWPL Youth Services assistant, was in charge of the foam rockets that could shoot up to 30 feet.

In reality, rockets head to places other than the moon, so the activities actually had a base in astronomy in general.

Still, the moon was the focus on Thursday, with one demonstration showing the phases of the moon using oreos and creme filling. The full moon, obviously, used the full circle of creme, but the amount lessened as the phases changed; waxing gibbous, for example, had more creme than waxing crescent.

Other crafts included glow-in-the-dark moons made in part from shaving cream that gave it a special texture when they dried, Pierce said.

For more information on library events and programs, visit www.pwpl.info or call 906-228-9510.