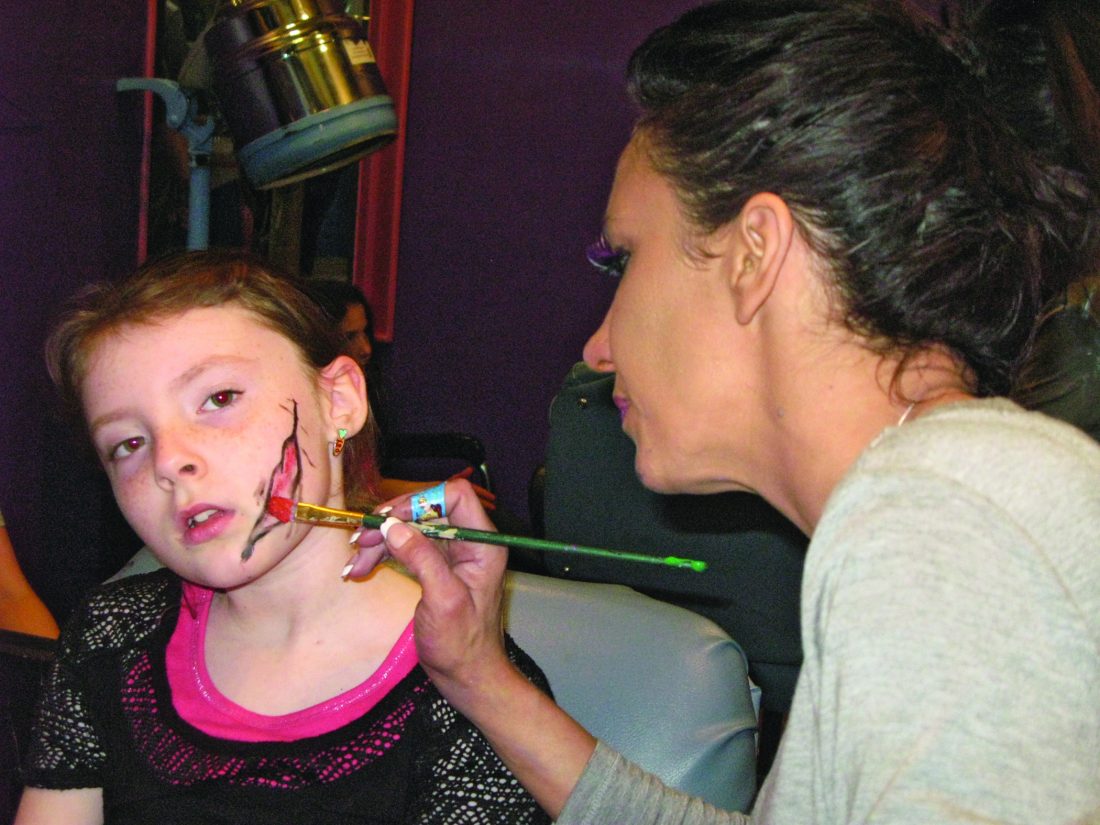 MARQUETTE — With the hit HBO series “Game of Thrones” nearing its end, dragons — which figure prominently in the show — are kind of “in” now.

Those mythical creatures as well as dinosaurs, which really did exist on Earth, were the focus of “Diggin’ those Dragons & Dinosaurs,” the theme of the most recent Second Thursday Creativity Series at the Upper Peninsula Children’s Museum.

The series, as its name says, takes place on the second Thursday of each month, with different themes throughout the year.

“We have a host of hands-activities,’ said Neenah Weyer Ittner, museum director. “We always have some sort of live music or performance.”

Another staple is the sundae bar in the museum’s kitchen area.

“It’s just loads of fun,” Ittner said of the series.

Thursday’s activities included making edible dinosaurs out of waffles, Mother’s Day gifts, face painting, a Game-Well visit to the museum’s Innovation Station and a “dino dig” in which toddlers could find “artifacts” buried in sand.

Norah Gregorich, 6, of Marquette spent time in the party room making a painting that included a cross.

“I wanted to,” was the girls’ answer.

That type of simple inspiration and just having fun probably was the reason many kids enjoyed the evening, which included music from Groove Marquette, balloon “dragon claws” and a visit from SuperiorLand Pet Partners, a group that provides animal-assisted therapy and activities.

Ittner believes kids using their imagination is their favorite part of their series.

However, the event is not only for youngsters.

Parents are there with their kids too.

Missy Derby, who represented her “bookmobile” pass-along book program, was at the museum to hand out free items to children and adults.

Those items, of course, were books.

The purpose of that effort was to promote area literacy, she said, in the hope kids would see their parents read, and then want to read as well.

Ittner said the Zonta Club of Marquette Area provided the books for the youths.

The next Second Thursday Creativity Series, scheduled for 5:30 to 7:30 p.m. June 13, will be “Blockbuster Movies.