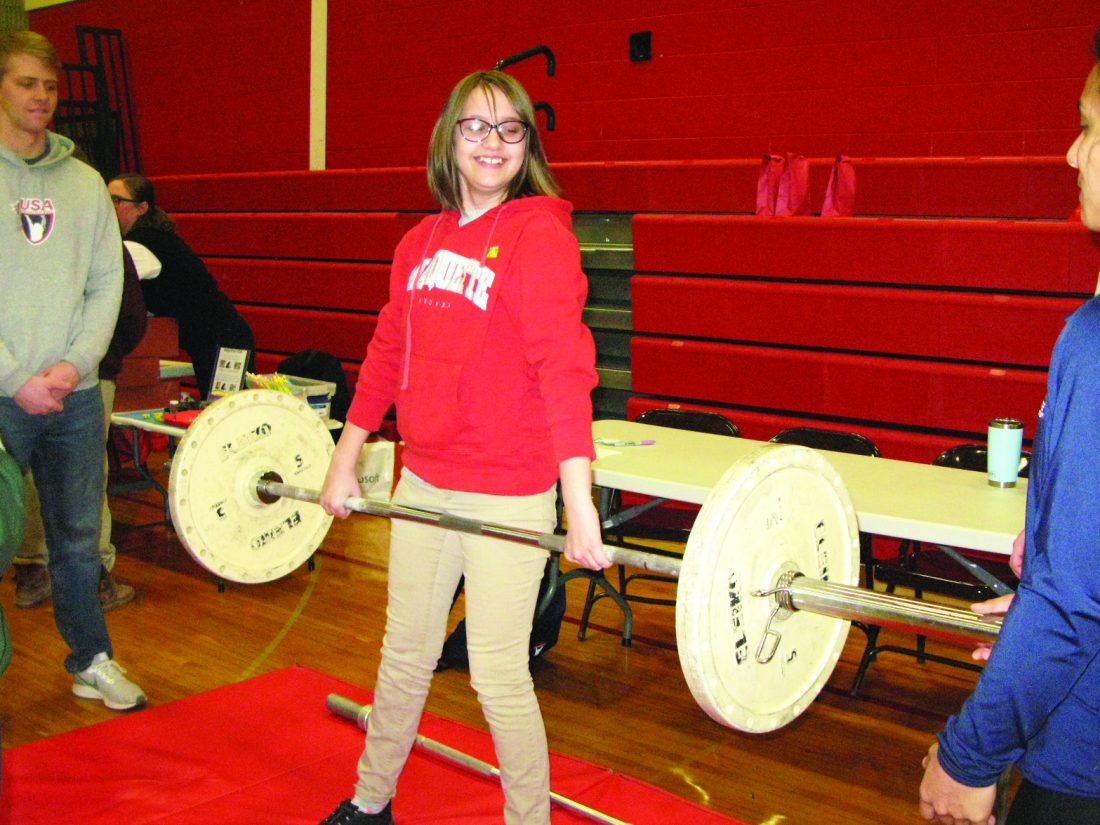 Geena Erdmann-Lipp, a sixth-grader at Bothwell Middle School, tries lifting a weight — part way — during Friday’s student fair at the school. The activity was led by representatives from the U.S. Olympic Training Site at Northern Michigan University. (Journal photo by Christie Bleck)

MARQUETTE — It’s better to find out what it’s like to be “super drunk” in a middle school gymnasium than on a busy highway after getting pulled over by police.

“We’re having them put on the googles and simulate what it’s like to be drunk,” said Nate Dawson, youth services officer with the Marquette Police Department.

While wearing the goggles, each student attempted to walk on a line.

For instance, sixth-grader Hazel Wyche tried on the goggles, and she had the expected results.

“Weird, because it made me feel wobbly,” Hazel said.

Materials on vaping, drinking and driving, and distracted driving were available for the students to examine, as April is Distracted Driving Month.

Clear Lake Education Center, located in the Hiawatha National Forest about 15 miles southwest of Munising, also was represented at the fair.

Rachel Faccio, a program specialist and intern mentor at the center, led activities at its booth.

“This is sort of a sampling of some of the objects that we use,” Faccio said of the items at the booth. “We try to make use of outdoor activities and real, tangible items in our classes as much as possible, although we do adhere to STEM standards.”

At the fair, sixth-grader Tyler Dady reached in a box to touch objects without seeing them, later discovering he was feeling wood, a sea shell and even a deer leg.

The Clear Lake station’s focus was on the outdoors.

“We are encouraging getting outside, and that’s in reflection of pretty conclusive evidence from various site studies that outdoor time improves mental, emotional, social and physical health,” Faccio said.

One activity blended nutrition and exercise.

Michelle Granger, a nutritional educator with the Marquette-Alger Regional Educational Service Agency, said youngsters at the MARESA booth rode a bicycle in a setup that blended healthy food items into smoothies, a sort of “blender fender.”

She said the students loved the concoctions.

“You don’t even taste the spinach,” Granger said.

One station, supervised by Michigan State University Extension, actually was run by students who educated other youngsters about eating disorders.

Bothwell eighth-grader Meghan MacPhee said students wrote on pieces of paper things they liked about themselves, with those pieces later to be put on a mural in the school.

Meghan believes eating disorders are a problem, more so for girls than boys.

The focus of the fair, which provided information about topics such as concussion awareness and calorie content of various foods, supported the Michigan Coordinated School Health expectations. 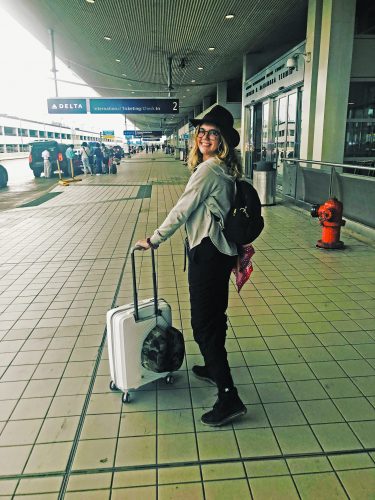 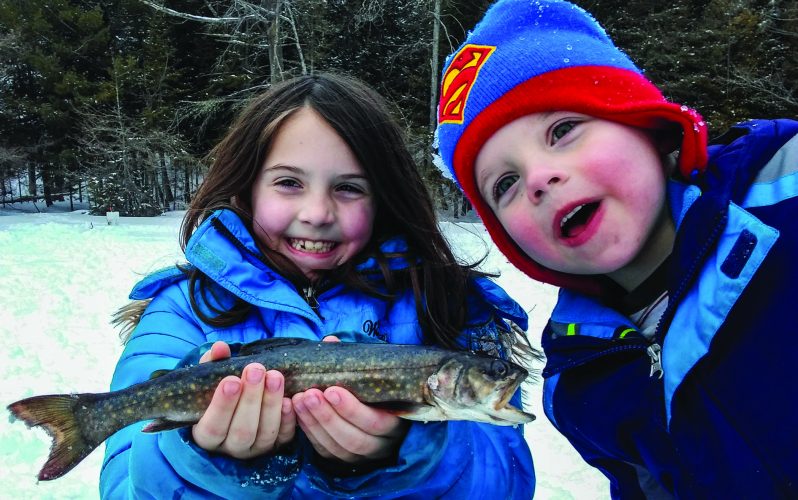 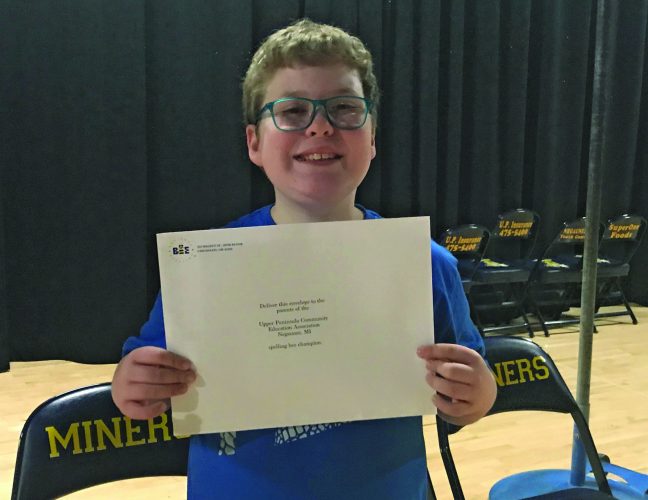 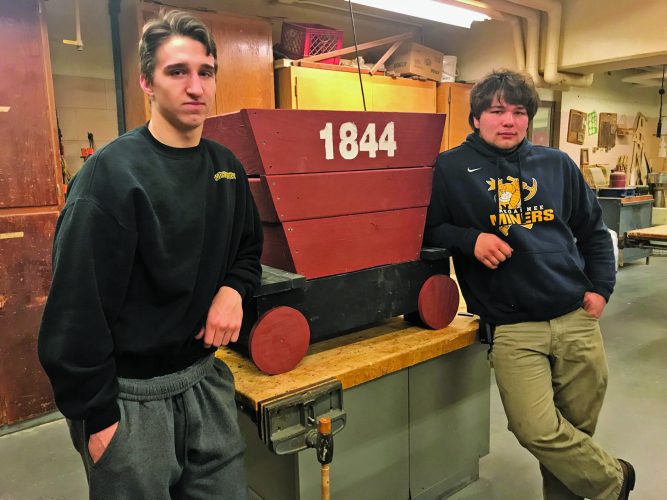 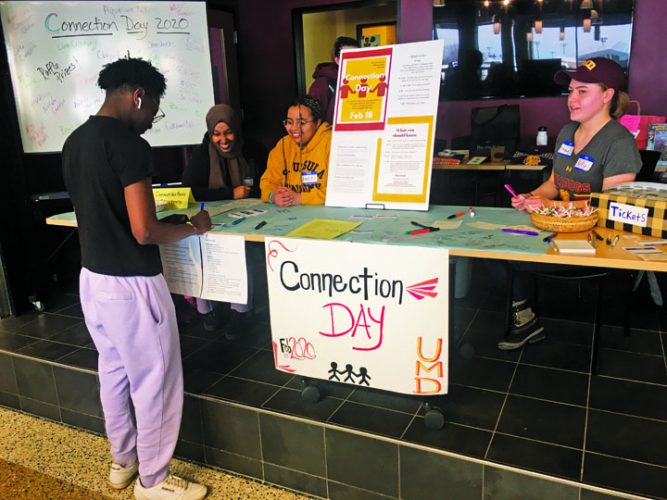