‘The Age of Entitlement’ is a fascinating read 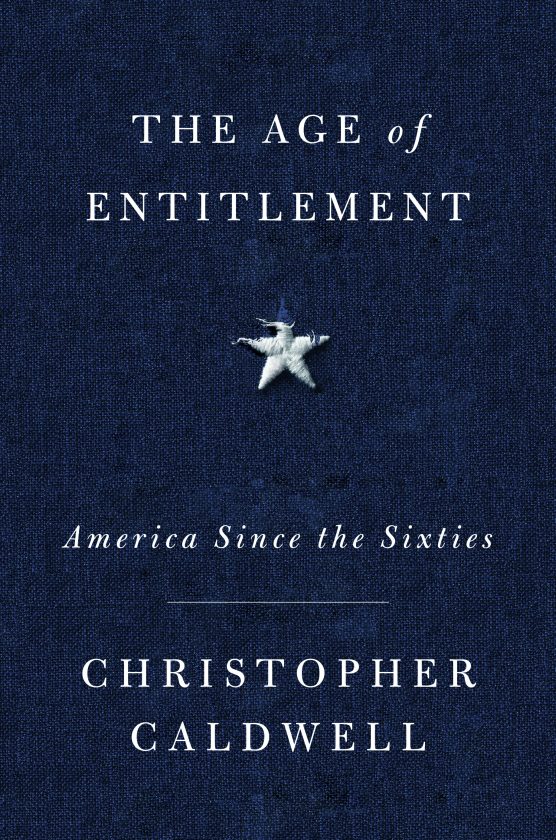 This is a sweeping but insightful examination into every social, political and legal decision, movement and trend that leaves us where we are today in a polarized nation.

Author Christopher Caldwell traces the origins of today’s deep discords to President John F. Kennedy’s assassination in 1963. Grief that shrouded the nation after Kennedy’s assassination, Caldwell writes, “gave a tremendous impetus to changes already under way.” Lyndon B. Johnson, who was sworn into office after Kennedy’s death, was able to push through far more ambitious civil rights legislation in 1964 than Kennedy would have been able to do. Most significantly, in the author’s telling, the Civil Rights Act, and social movements that followed, were accelerated and empowered more through court decisions and government agencies than decisions by elected officials.

Although the Civil Rights Act was designed principally to ban employment discrimination on the basis of race, color, religion, sex or national origin, Caldwell presents a persuasive case that it provided the legal, social and cultural guidepost for advancing almost every movement since – gay rights, immigration, affirmative action, fundamentalist Christianity, leveraged buyouts, political correctness, the Martin Luther King Jr. holiday and much more.

The citizen’s band radio craze, leveraged buyouts and political correctness – Caldwell fits all these topics and more into an engaging, questioning book that proceeds at almost dizzying speed. A reader feels like he has but a moment to think when Caldwell writes that “to establish new liberties is to extinguish others” before speeding off to the next topic. “Entitlement” is a fascinating read that could ignite 1,000 conversations.

Ironically, it’s hard to imagine Congress passing anything today remotely as revolutionary as the Civil Rights Act. Giving our sharpening political, social and economic divisions, Congress has trouble reaching a consensus on anything. The transformational legislation that was finally to give us all an equal chance at everything ended up herding us into warring tribes agreeing on nothing.

Caldwell’s analysis of our Vietnam legacy is particularly masterful but the book brims with brisk evaluations of how a confident nation became an argumentative, fragmented one.

Civil rights divided the country by region, Caldwell writes; Vietnam did the same by class.

Perhaps because he was writing as his book’s natural finale crashed into the arena – Donald Trump’s election – Caldwell is less sure-footed in a grand conclusion. What does all this mean? Where are we? Where do we go to reconnect with our better angels?

Those answers await us still.

No question though that this is a significant rendering of how America evolved since the “me generation” asserted itself in the 1960s. Caldwell offers the best analysis and theory yet as to how we perhaps unwittingly arrived at a place where we would elect a president bent on unraveling our institutions, assumptions and beliefs about ourselves and where we no longer even start with a set of accepted facts about anything.