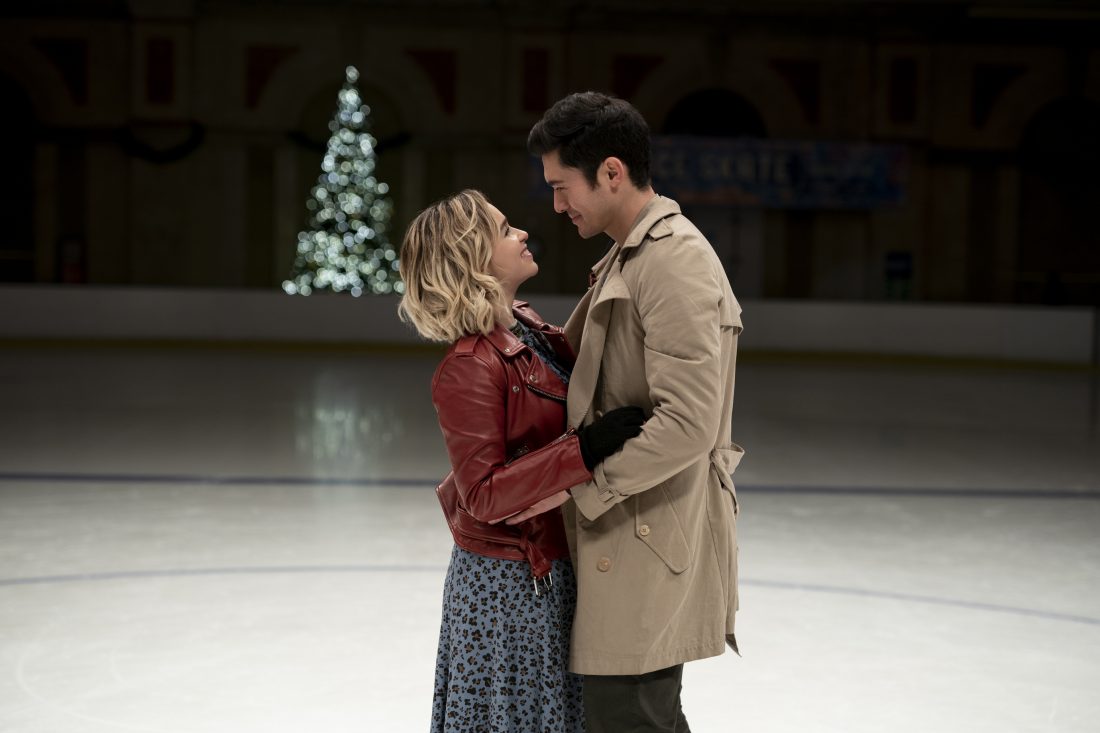 Paul Feig’s “Last Christmas” looks every bit like your standard holiday romantic-comedy, but it has some surprises under its gauzy wrapping.

Kate (Emilia Clarke) works in a year-round Christmas ornament shop in London where she must dress daily in a green elf costume. A repeatedly self-described mess living couch to couch, Kate’s life begins to change after she meets a mysterious stranger (Henry Golding) whose life advice — “Just look up” — would be too hokey for anything but aspiring meteorologists.

So far, this might sound like a reworking of Ernst Lubitsch’s “The Shop Around the Corner” (still the greatest X-mas rom-com). And yet “Last Christmas” turns out to be something less familiar. It’s the first — and likely the last — Brexit Christmas movie.

That’s not exactly the stuff of movie posters. Those drawn to “Last Christmas” by the infectious lilt of the Wham! classic and the appeal of seeing Clarke newly freed from “Game of Thrones” will encounter a holiday fable that slyly inverts many of the usual trappings of the romantic comedy — so much so that’s it’s neither particularly funny nor especially romantic.

“Last Christmas” was written by Emma Thompson (who also plays Kate’s heavily accented mother — their family are longtime Londoners who emigrated from war-torn Yugoslavia) and Bryony Kimmings. Thompson, of course, is already an integral part of one Yuletide perennial, “Love Actually,” so it’s natural to come to “Last Christmas” seeking some of the same spirit. 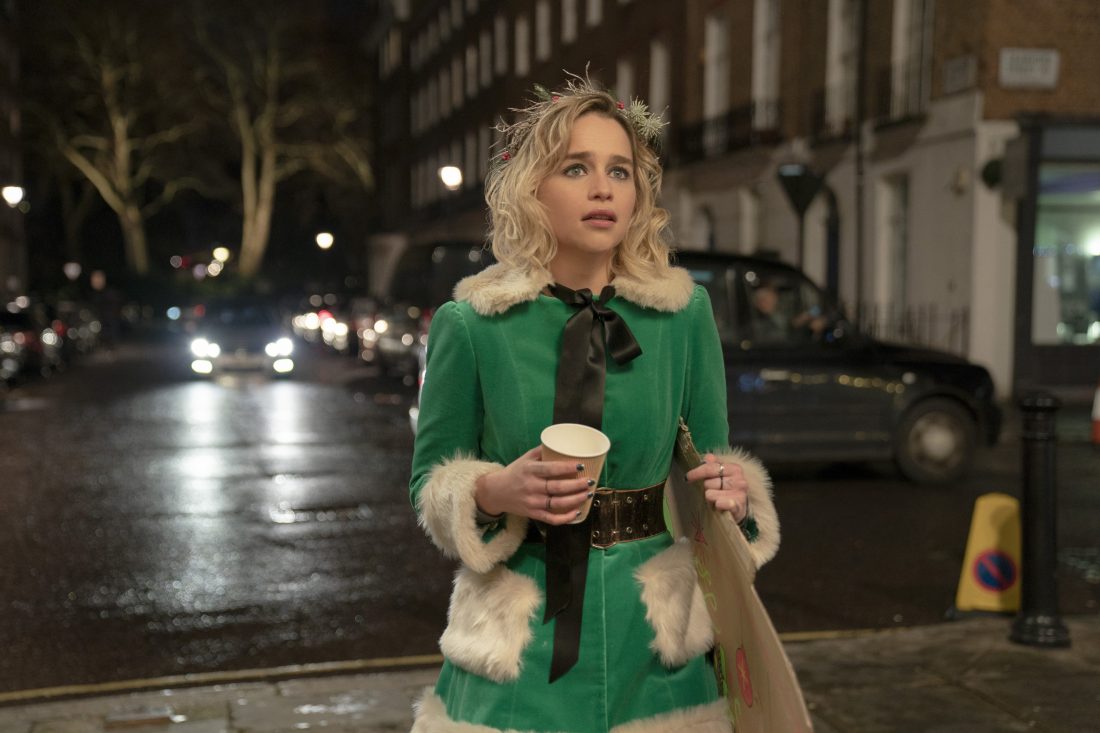 It’s not to be found. “Last Christmas” is about as buoyant as leftover eggnog. Clarke’s natural charm comes through — she looks ecstatic to be out of Westeros and playing a less upright character — but such a fleabag-screwup role feels better suited to a more comedic performer.

Yet it’s often entertaining the way Thompson and Feig take a rom-com set-up and steadily pull it apart, even as they add in the requisite gobs of syrupy sentiment. These movies can be rosy portraits of their cities and their wealthier, white residents. But “Last Christmas” captures a diverse London of immigrants and outsiders, and gravitates not toward its tourist landmarks but its street dwellers. This is set amid the harsh context of Brexit, with background TVs showing the U.K. debates and one “go back to where you came from” encounter on a city bus.

Kate is going from one one-night stand to another, steadfastly refusing to retreat home to her overbearing family in the suburbs. When not working at the store, she makes half-hearted auditions, trying to break through as a musical performer. Her boss at the boutique shop goes by the name Santa (Michelle Yeoh) and delights in sarcastic quips aimed at her lone elf.

Kate is also recovering from a health issue referenced only vaguely at first. And when she meets Tom (Golding), Kate is reluctantly inspired to begin putting her life together — even though Tom is always disappearing, only popping up randomly.

There are good intentions all around but hardly any jokes, which makes the movie’s treacly third-act reveal of Tom’s identity still harder to swallow. Movies like “Bridesmaids” and “The Heat” made Feig one of Hollywood’s top comedy directors, but since his “Ghostbusters” reboot, Feig has turned more toward other genres, relying on narrative twists that he can’t always pull off. His last film, the 2018 suburban noir “A Simple Favor,” was derailed by wild, “Gone Girl”-inspired plot developments.

George Michael’s “Last Christmas” was always more of heartbreak song than a holiday anthem. Feig’s movie, too, diverts from standard rom-com beats for something more about rehabilitation, charity and diversity. Its heart might be in the right place, even if its storyline isn’t.

“Last Christmas,” a Universal Pictures release, is rated PG-13 by the Motion Picture Association of America for language and sexual content. Running time: 103 minutes. Two stars out of four.