Author endeavors to show how animals relate to humans 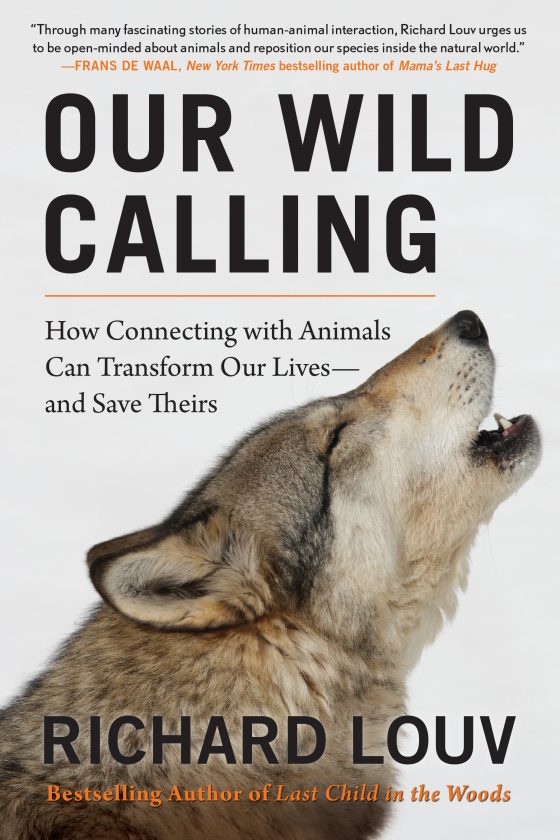 This cover image released by Algonquin Books shows “Our Wild Calling: How Connecting with Animals Can Transform Our Lives‚ and Save Theirs,” by Richard Louv. (AP photo)

Are we on the threshold of major advances in communicating with and learning from animals?

Richard Louv thinks so. “Our Wild Calling” is a thoughtful, calm, reasoned book, best read at a chapter-a-day pace, allowing time to think and digest what the author has presented. This reader imagined Louv seated at Walden Pond writing it, channeling Henry David Thoreau, who spent two years at the pond west of Boston, watching wildlife and thinking about environmental solutions and social challenges.

The title would appear to play on Jack London’s “The Call of the Wild,” the story of a sled dog in the Yukon. The dog on the cover sure looks a lot like the one on London’s cover.

Both authors endeavor to show how animals relate to humans; Louv’s work has the benefit of a century of science since London published his famous book.

What happens when an animal looks us right in the eye or interacts with us in some way? Scientists are steadily finding out more about animal behavior and Louv theorizes, speculates and rhapsodizes that beyond the science, something mystical is taking place.

— A wolf that led two hikers away from where wolves had hunted and killed a moose.

— A giant octopus released its hold on a diver after the two made eye contact.

Louv is given to digressions — to climate change, psychology, theologians, indigenous healers, loneliness and especially the degradation of the environment.

Climate-change skeptics say the agenda presented by scientists to save the Earth from catastrophic consequences is too severe. Louv thinks it’s too modest, noting a World Wildlife Fund report showing that the global wildlife population shrank 60 percent from 1970 to 2014.

Louv wants to designate half the planet for nature and wildlife, which he thinks will pay untold benefits. “Our relationships with other-than-human beings can have profoundly positive impact on our health, our spirit and our sense of inclusiveness in the world.”

The reader begins to think that many of the world’s problems could be solved if we would just connect better with animals. More important, Louv calls for a revolution in thinking about our place on this planet.

We’re learning how to do that better. Just a few weeks ago, the Long Beach (California) Airport began deploying a squad of therapy dogs to interact with passengers.

For many readers though, the most interesting parts focus on the emerging evidence showing that our relationships with animals extend farther than we have thought.

Imagine the progress we can make when we understand all those expressions and relate to the animals accordingly.

“We humans need all the other-than-human friends we can get,” Louv writes.