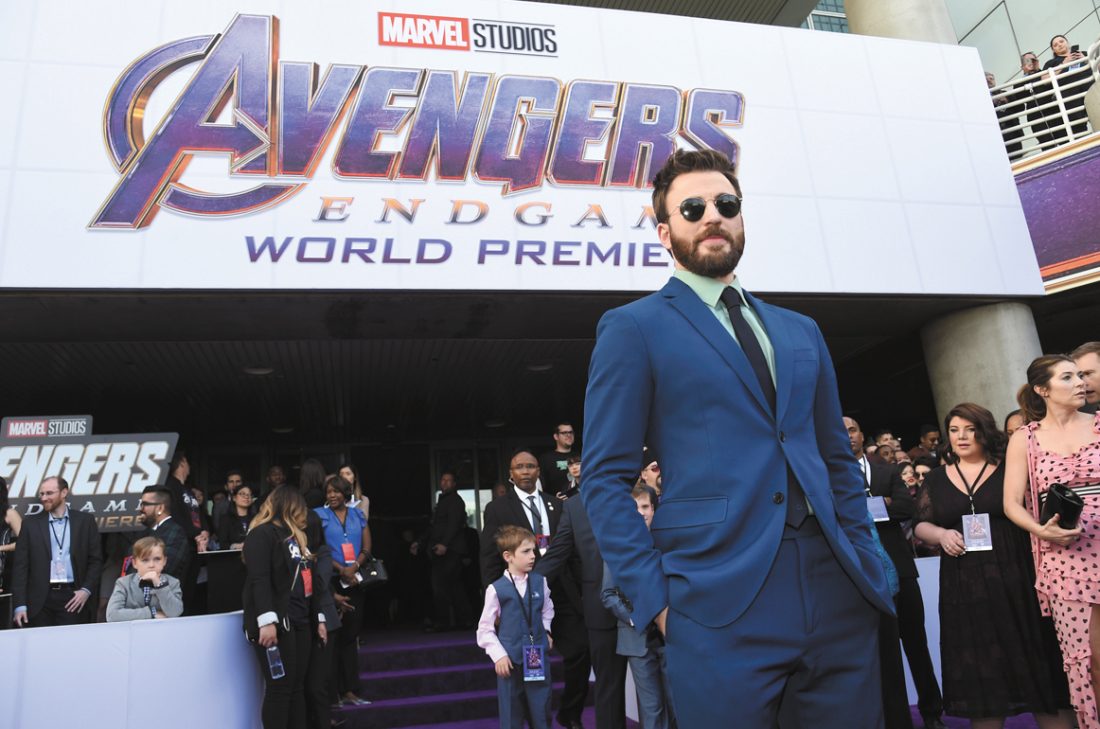 Chris Evans arrives at the premiere of "Avengers: Endgame" at the Los Angeles Convention Center on Monday, April 22, 2019. (Photo by Chris Pizzello/Invision/AP)

LOS ANGELES — There were more than a few sniffles from the audience at the premiere of “Avengers: Endgame” Monday night in Los Angeles, which Chris Evans and Chris Hemsworth proudly admitted contributing to.

“I don’t know about you, but I cried like six times,” Evans said standing alongside dozens of his Marvel Cinematic Universe co-stars like Scarlett Johansson, Brie Larson and Robert Downey Jr. after the first public screening of the film.

Hemsworth chimed in too: “I cried more than six times, Chris.”

It was an emotional affair for many as “Avengers: Endgame,” which opens nationwide Thursday, closes the book on the first 11 years and 22 films of the MCU, and ends the year-long cliffhanger of “Avengers: Infinity War,” in which half of humanity turned to dust. And, as Hemsworth reminded on the purple carpet, “this grouping may never happen again.”

Marvel and Walt Disney Co. held the premiere in a fittingly massive setting, taking over the Los Angeles Convention Center and constructing a 2,000-seat movie theater, including a large format screen and Dolby sound, inside.

Disney Chairman and CEO Bob Iger kicked off the evening with a special thanks to two people — Downey, “the person who really helped to start it all,” and Marvel Studios president Kevin Feige, who he called, “our own superhero.”

The event was a who’s who of Marvel and Hollywood, with actors and directors from MCU films past and present turning out to see the film, including the likes of Natalie Portman, Gwyneth Paltrow, Bradley Cooper, Jon Favreau and even Matt Damon, who some may remember had a cameo in “Thor: Ragnarok.” Luke Hemsworth, Liam Hemsworth and Miley Cyrus also came out to see the film and support their family.

Although official reviews weren’t out until Tuesday afternoon, initial reactions from press and insiders at the premiere were largely positive with the words “epic” and “emotional” being tossed out by many. Letitia Wright, who plays Shuri in “Black Panther,” tweeted “Wow, I feel like crying…it was amazing!!”

The New York Times’ Dave Itzkoff wrote that he was, “Not prepared for the range of emotions that #Endgame put me through, from utter despair to pure elation.”

Entertainment Weekly’s Anthony Breznican added: “Epic is the word. Epic multiplied by a decade of emotion, excitement and investment. This is the payoff. It left me with a full heart.”

And People Magazine’s Kara Warner said to “see it as soon as you can and go in as blind as possible.”

The film has been kept under wraps until the very last minute in the hopes of allowing general audiences to go into it spoiler free. Even still, some spoiler-y footage leaked on social media last week before being taken down.

“I wasn’t pleased,” Feige told the AP Monday of the leaking incident. “But the response was what I expected, which was everybody turning it off, dismissing, don’t watch it, don’t spoil it for anybody else. People are excited to see the movie fresh. People are excited to see the movie for the first time. That’s what they’ve been waiting a year, or 12 years, depending on where you joined us. So, I’m excited that that day is finally here.” 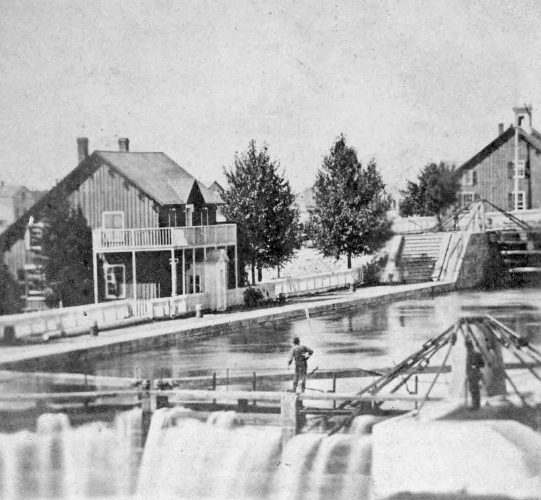 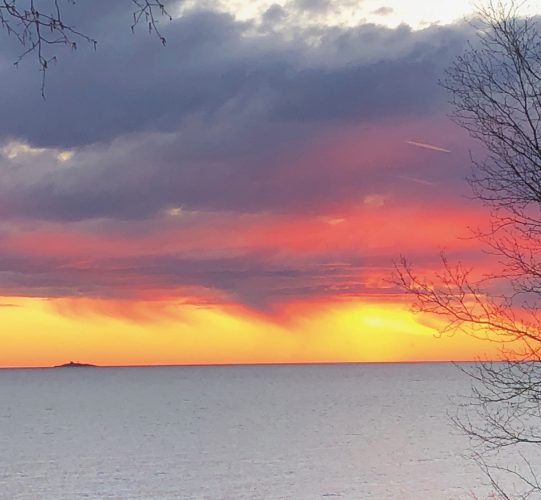 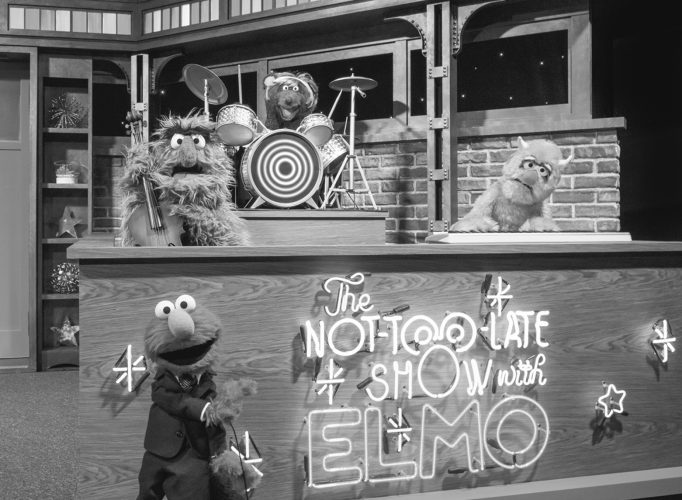 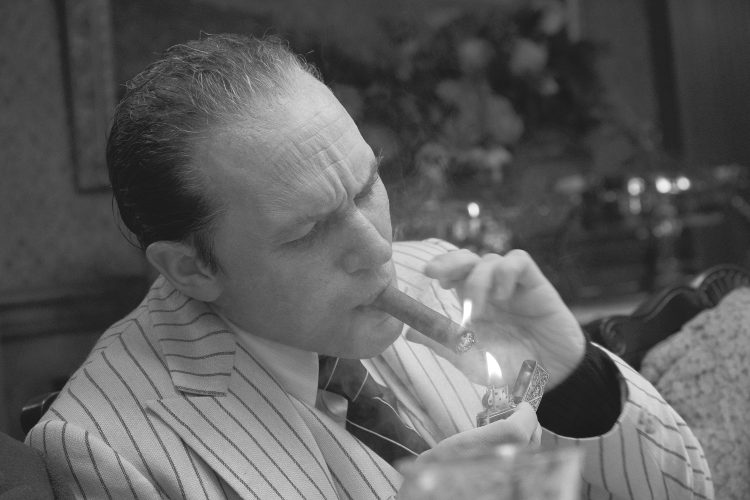 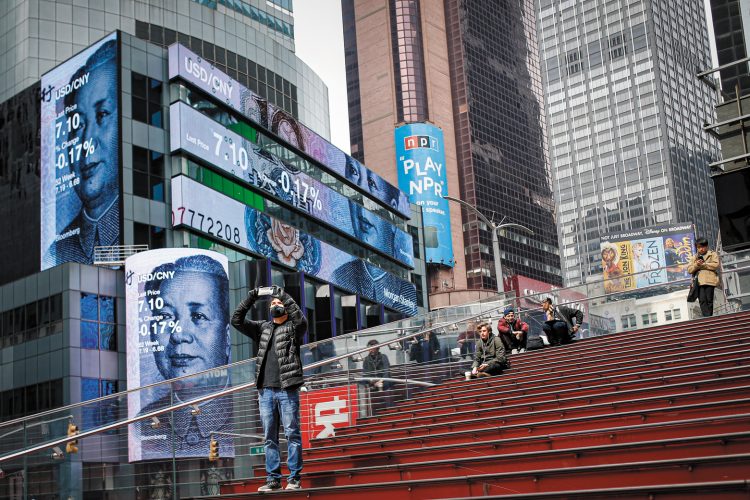 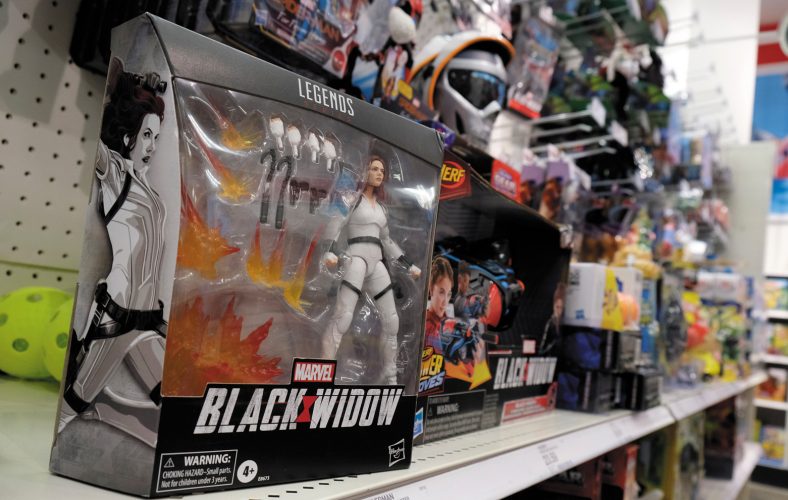