The area in Ishpeming Township that’s being developed for deer habitat improvement. (Photos courtesy of the Marquette County Conservation District 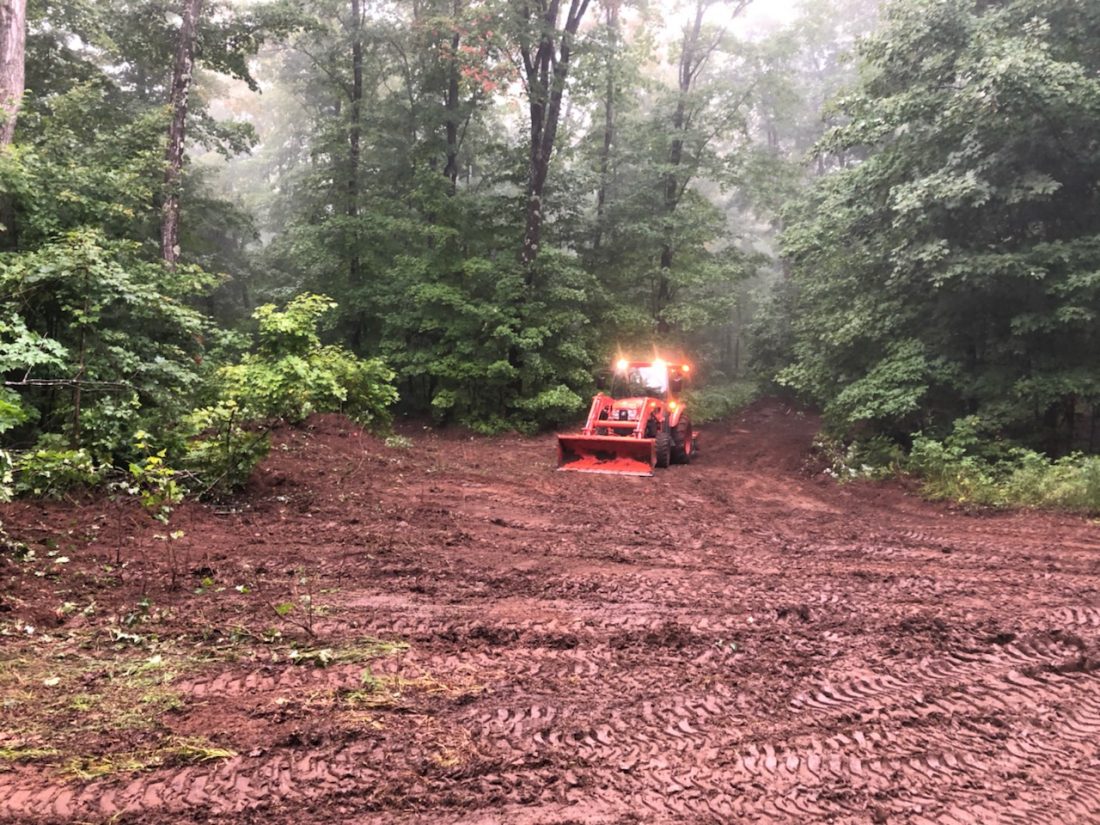 The area in Ishpeming Township that’s being developed for deer habitat improvement. (Photos courtesy of the Marquette County Conservation District

ISHPEMING — The Upper Peninsula isn’t always the most hospitable habitat for white-tailed deer, and some local conservationists are trying to make it easier for the popular game animal’s population to thrive.

Already, clover and ryegrass are coming up, Watkeys said.

“Definitely, by next spring, that trail should be really thick and seeded in,” he said. 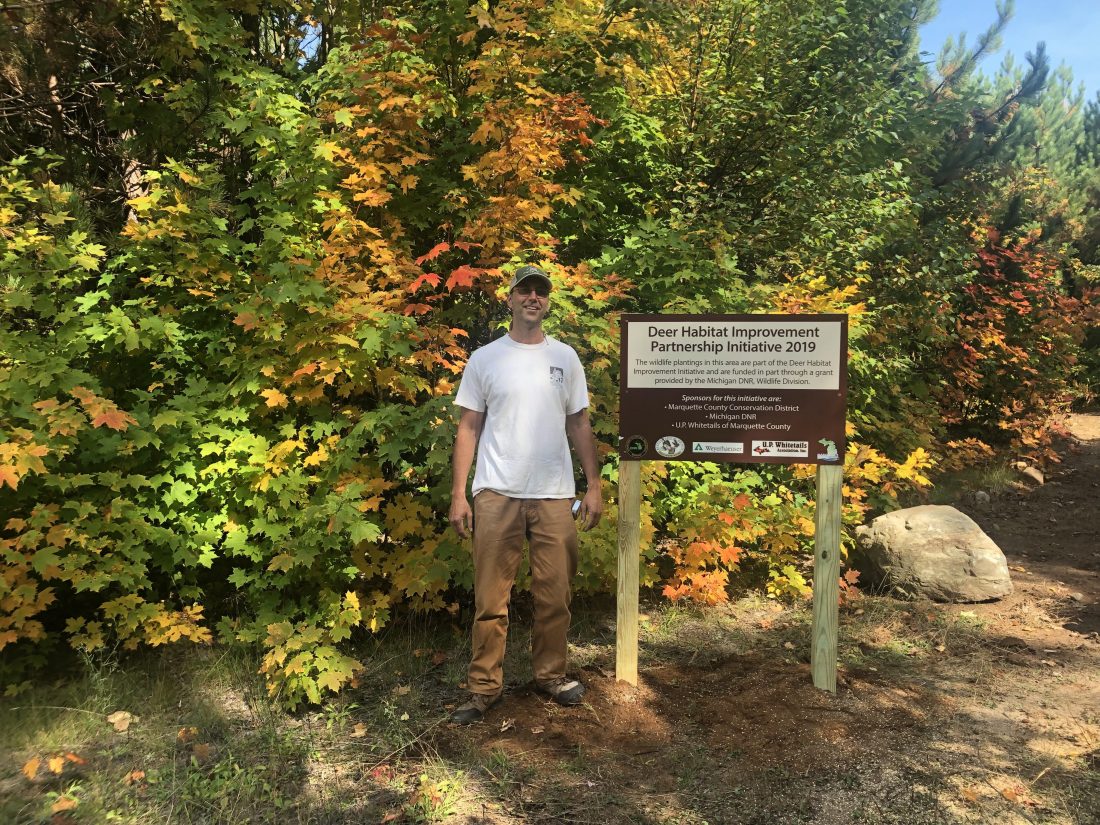 The hope is that the newly seeded land will provide white-tailed deer with early spring food along trails that usually melt the snow a bit faster than in the deep woods.

The land was chosen for several reasons, one of which is that it’s enrolled in Michigan’s Commercial Forest Act — meaning the area is open to public access for hunting and trapping.

The land also is close to a known winter deer yard where deer spend much of the winter under dense conifer canopies and along the Lake Superior shoreline where the lake moderates temperatures.

The sites too are a known migration corridor deer use during spring breakup and early winter migrations. In fact, Watkeys said Marquette County deer are called “obligatory migrators” because they are obliged to migrate into deer yards to survive winters.

“We definitely wanted to provide some more food sources out there,” Watkeys said. “There’s adequate shelter around the area. There’s just not adequate food for the deer.”

The sites first were prepared with a chemical treatment to reduce weeds and ground competition. Then a tractor with implements was used to turn over the soil and provide for good seed contact.

Watkeys stressed the treatment was safe for the environment.

“Just like most food plots, you have to get in there with herbicide to kill off the competing vegetation,” he said.

Fifty pounds of deer mix seed, which included a variety of red and white clover, ryegrass and alfalfa, was spread by hand, followed by trail closure with boulders placed by the preparation contractor. The trails, however, had to be close to motorized traffic to reduce rutting and damage to the seed and area.

“In a couple years, we ultimately want it to look like a beautiful green pasture with a lot of what we called feathered edges,” Watkeys said. “On woods trails, a lot of times it goes from trail to tree, and so you go from no canopy to an 80-foot canopy.”

On the other hand, a feathered edge contains many good shrubs that he noted will add a 6- to 12-foot structure to the forest edge, which is beneficial to wildlife.

For instance, Watkeys said Moyle spread 10 tons of dolomotic lime, with a soil test from the Michigan State University Soil and Plant Nutrient Laboratory calling for about 2 to 4 tons per acre.

Watkeys said the Marquette County Conservation District had applied for the maximum grant of $15,000 for a different project on Marquette County Landfill property, which the DNR denied. However, $8,300 was allocated to the district provided it found a suitable replacement project since the district had been a good partner with the DNR in the past.

The deer habitat project was that suitable replacement project.

Watkeys said the grant also asked for matching funds, and his time can go toward that, although in-kind donations were desired.

For this project, in-kind matching donations were received from the U.P. Whitetails Association of Marquette County, which Watkeys said donated $2,000 to the project, with volunteer hours and planting stock to be provided by the Mid U.P. Chapter of the Ruffed Grouse Society.

Another project goal is to create a small Grouse Enhancement Management Site on the parcel. GEMS aleady are installed in several locations in Michigan to provide walking trails for hunting.

Richard Laksonen Jr., who handles outreach and social media for the Mid U.P. Chapter of the RGS, said the organization will plant 200 shrubs in the spring. Typically, it plants fruit-bearing shrubs such as elderberry, dogwood, crabapple and thornapple, with similar plantings having taken place southeast and west of Gwinn.

“The deer that we have here, we want to keep them here and we want them to reproduce.”