‘Trails on the Rise’ 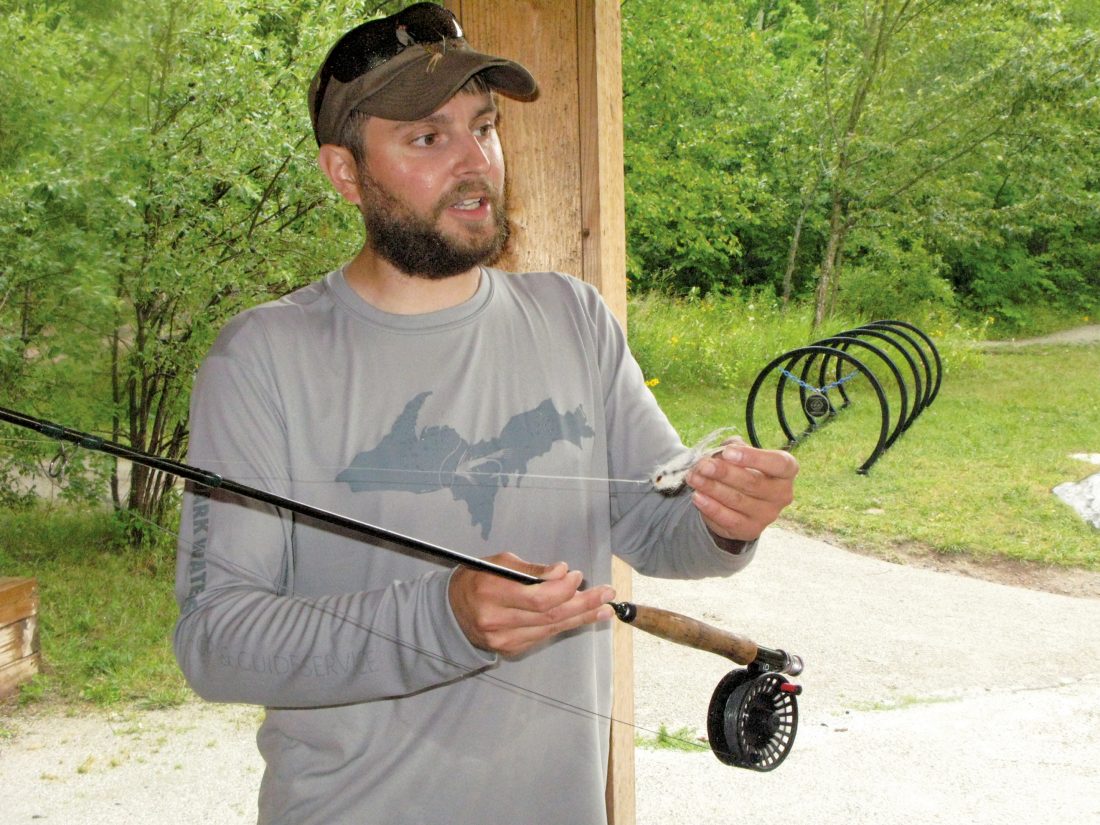 Nick Simon of Superior Outfitters talks about fly fishing on Wednesday at the Noquemanon Trail Network’s Singletrack trail. The talk was part of the Trail Talk series. (Journal photo by Christie Bleck)

Nick Simon of Superior Outfitters talks about fly fishing on Wednesday at the Noquemanon Trail Network’s Singletrack trail. The talk was part of the Trail Talk series. (Journal photo by Christie Bleck)

MARQUETTE — Things like tapered leaders and improved clinch knots, instead of bicycle tires and hiking boots, were the focus on Wednesday at the Noquemenon Trail Network Singletrack trail off M-553.

“Trails on the Rise” was part of the new Trail Talk series sponsored by NTN Singletrack and Travel Marquette.

Nick Simon, owner of Superior Outfitters in downtown Marquette, led an insider’s discussion on fly fishing, although a trek to the Carp River didn’t come off because of rain.

However, participants gathered under a pavilion to learn fly fishing basics from Simon and Kole Luedtke, who works at Superior Outfitters and is a guide.

“Fly fishing is very different from spin fishing because the flies have no weight,” Simon said. 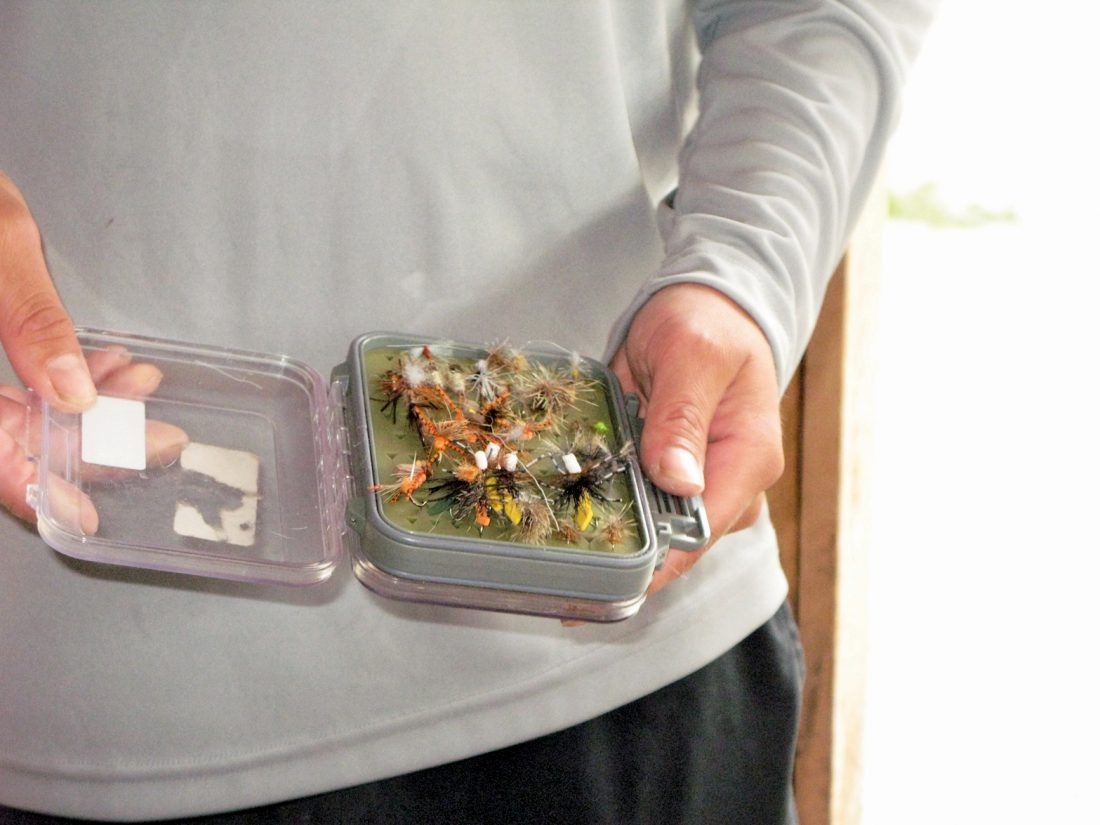 That’s understandable since he noted they’re made from materials such as feathers and rabbit fur.

So how does an angler catch fish this way?

“You have to have the weight of a fly line to cast,” he said.

As an example, Simon showed a full sinking line, which as its name says sinks entirely, but he also showed examples of flies, one of which was a streamer.

“It’s going to imitate a baitfish, crayfish, things like that,” he said. “This is what you use when you don’t want to catch a lot of fish, but you want to catch a really big fish. This will be used for large trout, pike, bass, muskie.”

Participants learned about a nymphing rig, something a saltwater marlin angler probably wouldn’t use.

“These will imitate aquatic insects that are not mature yet,” Simon said. “Pretty much all of them will rise to the surface at some point, spend a little time as terrestrials and then die pretty quickly. But for up to a year to four years, they’re available to trout and they drift.”

A little knowledge of entomology, obviously, can come in handy when fly fishing, particularly for salmon.

“When they spawn, they actually clear off the gravel, the rocks, and that dislodges bugs,” Simon said.

So, anglers often can fish behind them with patterns imitating caddis flies, he said.

“Trout know to key in behind the gravel, and it’s just a buffet for them, all day every day,” Simon said.

He covered the topic of bobbers, which he said are known in the fly fishing world as “strike indicators.”

Euphemism or not, Simon pointed out it’s helpful for a fly angler to know how the water drift is going, and this is when a bobber can come in handy.

“If you can see that this bobber is dragging downstream, chances are nothing is going to take your fly because it’s not moving at the same speed as the current,” he said.

And because trout tend to be in the same spot, he noted, they know how things should be flowing by them.

To demonstrate knots, Simon used rope, which was an inspired idea since knots used for fly fishing tend to be on the tiny side.

However, learning what he called the three main knots used in fly fishing — the perfection, improved clinch and blood knots — might involve a visual aid stuffed in a fly box or vest pocket, considering their complexity for novices.

“It’s definitely something you want to print out, go on Google or something and just have a little cheat sheet,” Simon said.

Sarah Hagerl, an NTN trail ambassador, talked about the Trail Talk series, the first of which took place at the Tourist Park trailhead in July and focused on foraging.

“I myself have never fly fished, so that was kind of why I chose this topic,” Hagerl said. “I know we’ve got great rivers and streams pretty much all over Michigan, but we’re lucky enough to have a trail system that is able to access some of those rivers and streams.”

Hagerl said the next Trail Talk, “Tails and Trails,” is scheduled for 6:30 p.m. Aug. 21 at the NTN Singletrack trail along M-553. It will deal with hiking with dogs, so canines are welcome, but they must be on a leash.

For more information on the series, visit NTN Singletrack on Facebook.